Wonderstate Coffee has less than 10 employees, now involved in a union election. 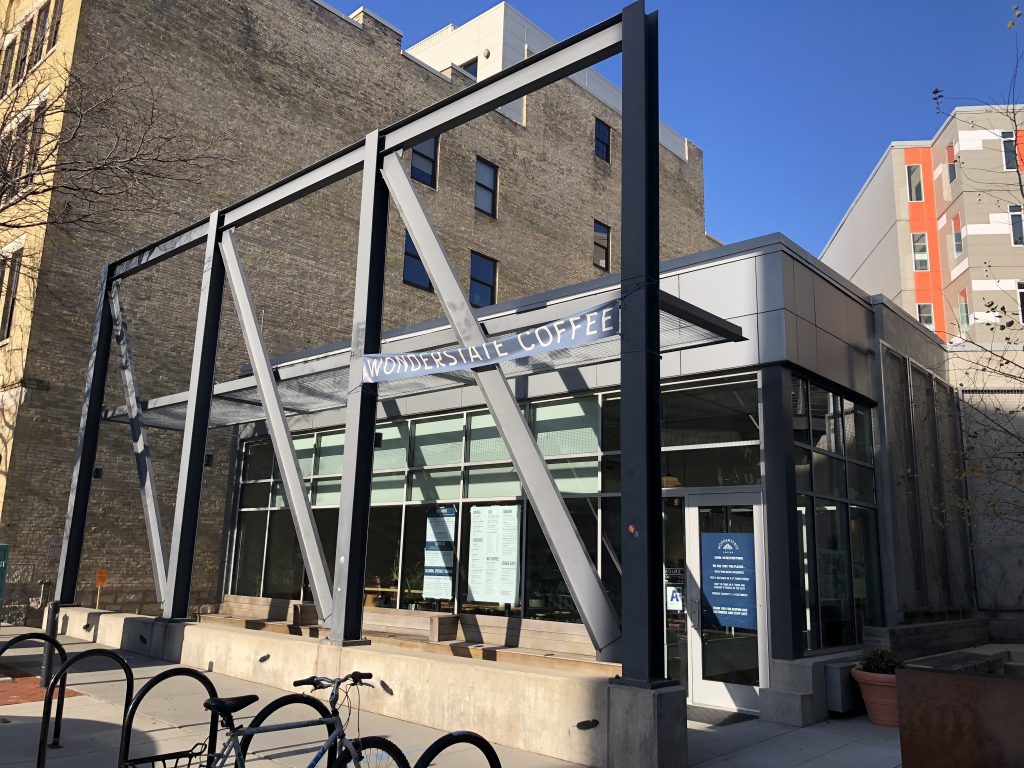 The employees at a small coffee-shop in the Historic Third Ward are unionizing.

At Wonderstate Coffee, a cafe at 232 E. Erie St., the staff are in the midst of holding a National Labor Relations Board election. If the staff votes in favor of unionization, they will soon be represented by Teamsters Local 344.

This may be one of the smallest shops in Milwaukee to unionize. The cafe has a staff of less than 10 people.

Wonderstate Coffee, formerly Kickapoo Coffee, is a coffee roaster based in Viroqua. The company has three cafes around the state, with a fourth coming to Madison.

Molly Kiefer, one of the employees and an organizer, has worked at Wonderstate for more than two years. She and a co-worker first started discussing a union this summer. They were “frustrated by some of the rhetoric that was coming from the owners of the company.” The owners of Wonderstate emphasize the importance of a quality of life that has “never been a reality for us,” she said.

But before any organizing ever began they decided to give the owners a list of issues they wanted addressed: fair compensation at $15 an hour, more equitable company culture, transparency and accountability.

They realized, Kiefer said, that if they were going to make demands for better pay and working conditions, they would need leverage and the ability to hold the company accountable. So they decided they needed a union. Beyond that, she said having a union established will be a benefit to future employees, as well.

Wonderstate is staying neutral, Kiefer said. The company did hold non-mandatory meetings with employees to discuss unionization. And it did file a procedural legal challenge with the NLRB, arguing that two employees should not qualify for unionization because they are “supervisors.” But the NLRB sided with the nascent union.

Get a daily rundown of the top stories on Urban Milwaukee
Kiefer said the workers do “respect and appreciate” that the owners are not overtly resisting the union.

Wonderstate is not the only group of coffee industry employees unionizing in Milwaukee. Colectivo employees are in the middle of a unionization effort that has seen significant pushback from the owners. And an attempt to form a union by workers at Stone Creek Coffee failed last year.

“We want to show our solidarity with other movements, other workers who are organizing,” Kiefer said. “We’re also really excited about how the future coffee community could look in Milwaukee.”

As of publication, a representative of Wonderstate Coffee could not be reached for comment.

More about the Union Effort at Wonderstate Coffee