Telecommunications project in Waushara County may kill some of rare legless lizards.

By Isiah Holmes, Wisconsin Examiner - Nov 17th, 2020 01:31 pm
Get a daily rundown of the top stories on Urban Milwaukee 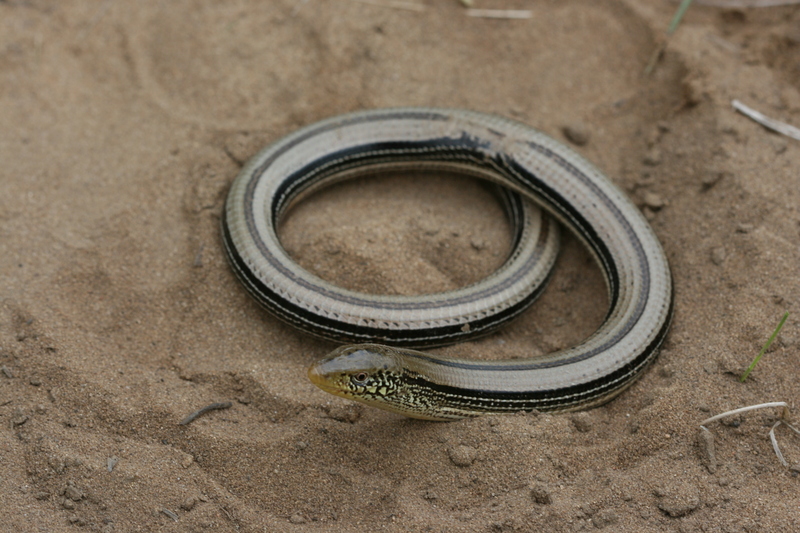 The Wisconsin Department of Natural Resources (DNR) is seeking public input into a telecommunications project which may result in the incidental taking of a rare lizard species. The company, Cloud 1, has proposed a Neshkoro Telecommunications Tower for a site in Waushara County.

Within the area of the proposed project, however, lives the state-endangered slender glass lizard (Ophisaurus attenuatus ). It’s part of a unique group of reptiles known as legless lizards. These species have adapted to either have no limbs at all, or have small vestigial remnants.

Although an incidental take refers to animal losses that do not put the species’ overall population at risk, the possibility means public input is still necessary. Cloud 1’s tower would be used by a future wireless carrier to expand wireless networks into rural areas, and provide 011 availability for cellular phones and other services.

“DNR staff determined that the proposed project may result in the incidental taking of some lizards,” a DNR press release states. “The DNR has concluded that the proposed project is not likely to substantially reduce the likelihood of the survival or recovery of the species within the state, the plant-animal community or the habitat of that critical to its existence.”

The DNR will be accepting public comments on this matter through Dec. 12, 2020, which can be emailed to the DNR, relayed over the phone or sent via postal mail but not collected in person due to the ongoing COVID-19 pandemic.