By Gretchen Schuldt, Wisconsin Justice Initiative - Nov 3rd, 2020 12:55 pm
Get a daily rundown of the top stories on Urban Milwaukee 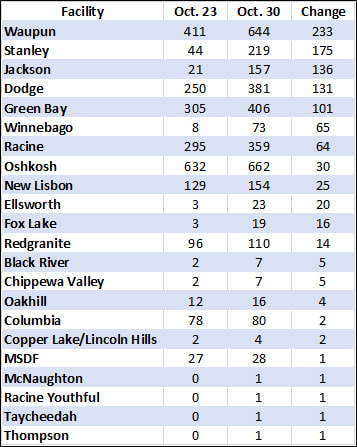 The Kettle Moraine Correctional Institution has the most total cases reported overall – 872 – but reported no new cases last week.

Gov. Tony Evers has been sharply criticized by advocates for failing to use his powers as governor to release low-risk offenders during the pandemic.