Short Lines At Polls So Far 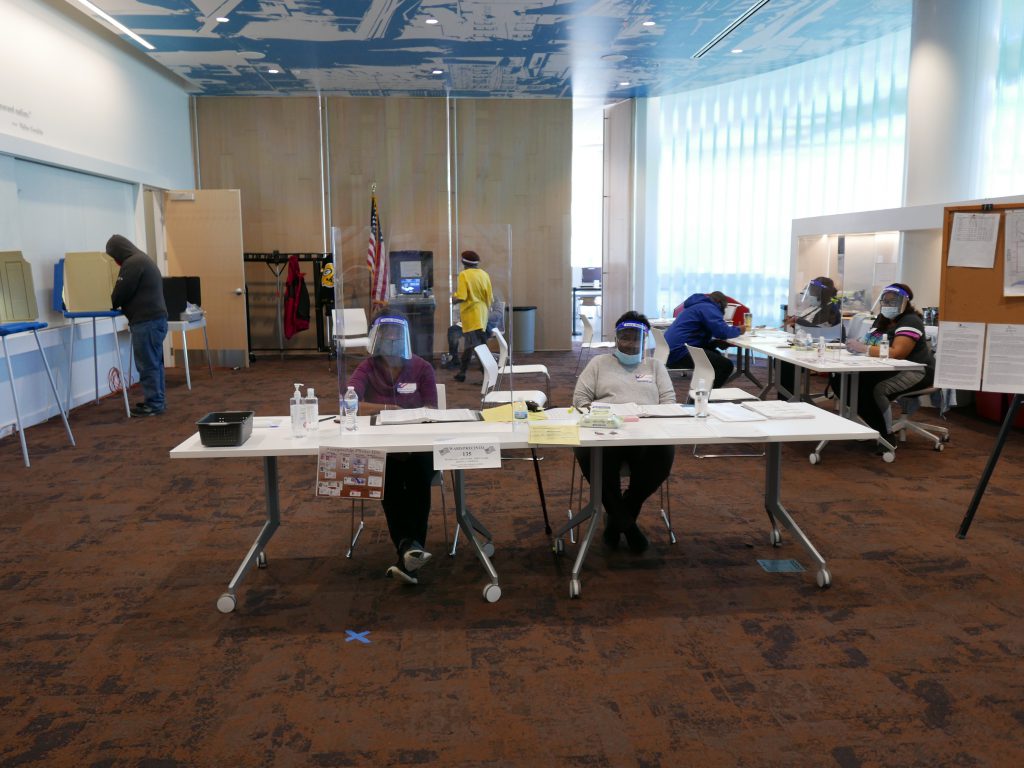 Voters in Milwaukee do not appear to be facing long lines for voting so far —  in stark contrast to the April election, which made national news due to a poll worker shortage and massive lines at polling places.

Between 9 a.m. and noon, Urban Milwaukee visited a handful of polling places and found that wait times were short — in some places no line at all — and that the polls were well staffed with election workers young and old, some first time workers and others with dozens of elections under their belt.

At the Gordon Park Pavilion polling place, the chief election inspector for the site, Yves LaPierre, (he’s also a real estate analyst for the city’s Department of City Development) told Urban Milwaukee that besides a “little rush” in the morning, which is typical on voting days as people head to the polls before work, Gordon Park had experienced a relatively “slow” morning for in-person voting.

Lapierre said the “general consensus” was that massive participation in absentee voting both by mail and in-person had dampened the typical massive election day turnout for general presidential elections.

Urban Milwaukee also visited Riverwest Elementary, the Milwaukee Public Library’s East Branch and Atkinson Branch. Every voter at the polls visited was wearing a mask. And everyone appeared to be properly social distancing.

Lapierre has been working elections for at least 16 years, and said there were a lot of new and young poll workers at Gordon Park. At the Atkinson Branch Library, there were a handful of election workers who were also administering their first election. 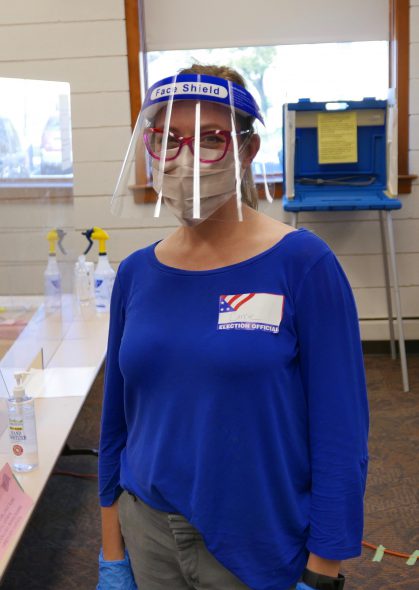 Carrie Mihal, of Shorewood, told Urban Milwaukee she became a poll worker because she felt like she needed to do something beyond voting. She was working with Clare Kuehnen, another first time poll worker who said her mother has worked elections in the past, but because of COVID-19 didn’t feel comfortable this time around. Both Mihal and Kuehnen wanted to help prevent another poll worker shortage like the one in April.

At the East Branch library, Lewis Tribune was working the polls as he has for the past 20 years. Tribune said he likes “volunteer work” and wasn’t about to let COVID-19 stop him from working the election.

Also at that poling place was Mark Weber, though he was there as an election observer. Weber drove down from Fond du Lac Tuesday morning as part of a network of volunteers with the Republican Party who are observing polls. Weber is a former member of the Fond Du Lac City Council and said he was making sure “the vote is accurate.”

At Gordon Park there was a group of people from a group called Election Defenders. They had come other parts of the state, even out of state, to Milwaukee to provide support to voters and poll workers. Jackson Potter, a teacher from Chicago, and Jodi Jacobson, from Madison, said they were there to prevent voter intimidation and hand out supplies — like hand sanitizer — to voters.

There were also election observers at Atkinson Branch, a group of three attorneys affiliated with the State Democratic Party. One told Urban Milwaukee he started observing elections when he was a student at the University of Wisconsin Law School. He declined to give his name, as he was there on his own time and didn’t want his law firm connected to his election day activities.

He said he started observing as a law student because he was told there was sometimes conflict over ballots at polling places with Republicans attempting to have ballots thrown out. Or election officials not giving accurate advice to voters.

Outside of Atkinson Branch two voters, Robert Kendrick and Manessa Phillips, were corralling their children in the parking lot, having just voted.

Kendrick told Urban Milwaukee he hopes “something good” comes out of this election, regardless of who wins the presidency. Kendrick said he just wants “a safer world, and a better way of living.” Asked if he thought that was on the ballot, he said, there was at least the “potential” for that.

Phillips was less hopeful: she didn’t think this election would really lead to anything one can be hopeful about. “We just vote cause we have to,” she said. 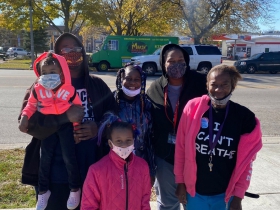 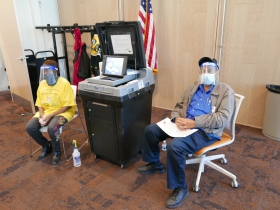 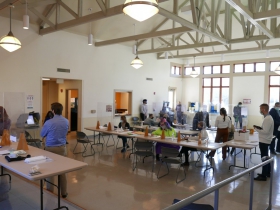 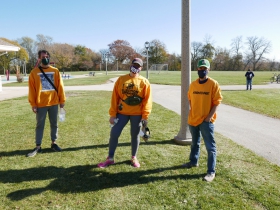 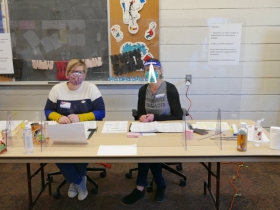