How Urban Milwaukee Will Cover Election

We're focused on substance, not clicks, and local, not national. 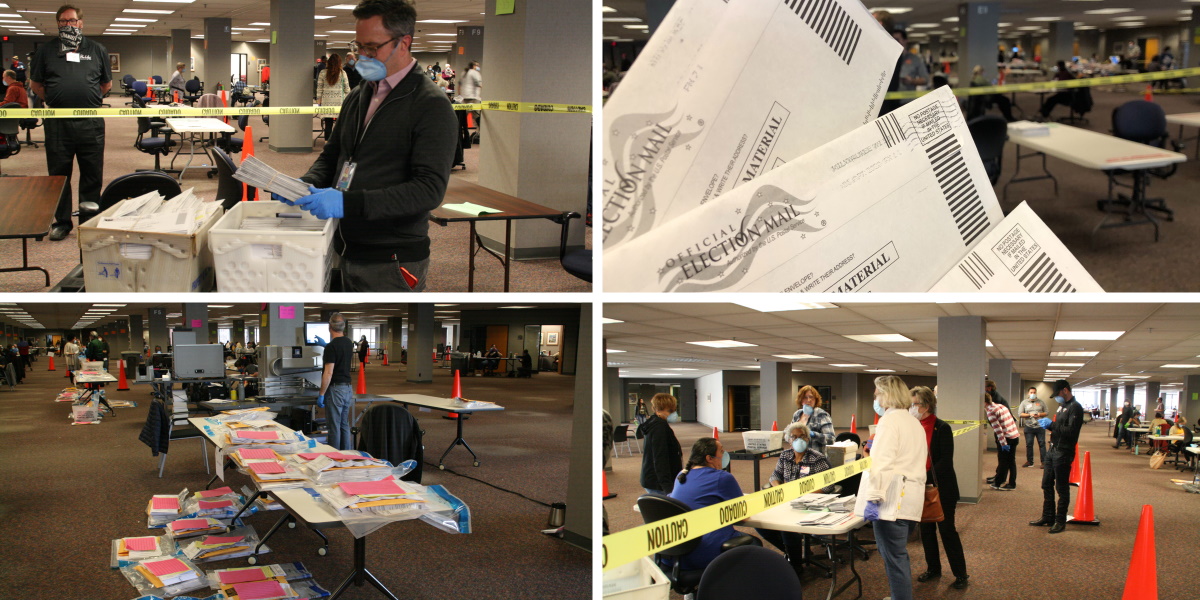 Absentee vote counting in the city of Milwaukee. File photos by Jeramey Jannene.

Tuesday is going to be a long day. So long that I’m pretty sure the sun will rise on Wednesday before I go to sleep.

But despite our around-the-clock work, don’t feel the need to constantly refresh Urban Milwaukee to see if Joe Biden or Donald Trump won. We’ll leave that breaking news announcement to Wolf Blitzer.

We’re not in a race to call the election, especially not on the national level. Our coverage, as it always has been, will be focused on Milwaukee and its residents.

In a democracy, it’s essential that everyone is given a voice and a vote, and that’s where our coverage will be focused. We’ll cover stories from the polls and how things go at the city’s central count facility. We’ll stay with the effort until the last absentee ballot is counted, which could come at 3 a.m. at the earliest. We’ll be looking at the down-ballot races that don’t draw national interest, but have a substantial impact on state and local policies and your life.

We’re here to cover the surprises, and the expected. We’ll let you know what went off as planned, and what didn’t.

As we have in past elections, we’ll use our website and social media accounts to bring you an up-close look at the process. And we’ll have our analysis the next day, even if a winner in the presidential race isn’t yet known.

Because of our members we’re able to focus our coverage not on what gets the most clicks, but what has the most substance. Our members, the lifeblood of our publication, are a growing group of people who have decided to vote with their wallets to support the future of local, independent journalism.

You can join them, for $9 per month or $99 per year, and cast your vote for more news about the city you love.

Join now, cancel anytime. But we think you’ll want to stick around. You’ll get access to a banner-ad-free website, the ability to comment on articles, 10% off anytime at Urban Milwaukee: The Store gift shop and access to members-only events and offers (virtual for the time being) including tours, deals and interviews with area politicians and leaders. It’s a fun way to connect to Urban Milwaukee and its supporters and help the city’s foremost champion of urban development continue to grow its coverage.