Barrett, Others Stump for Biden-Harris 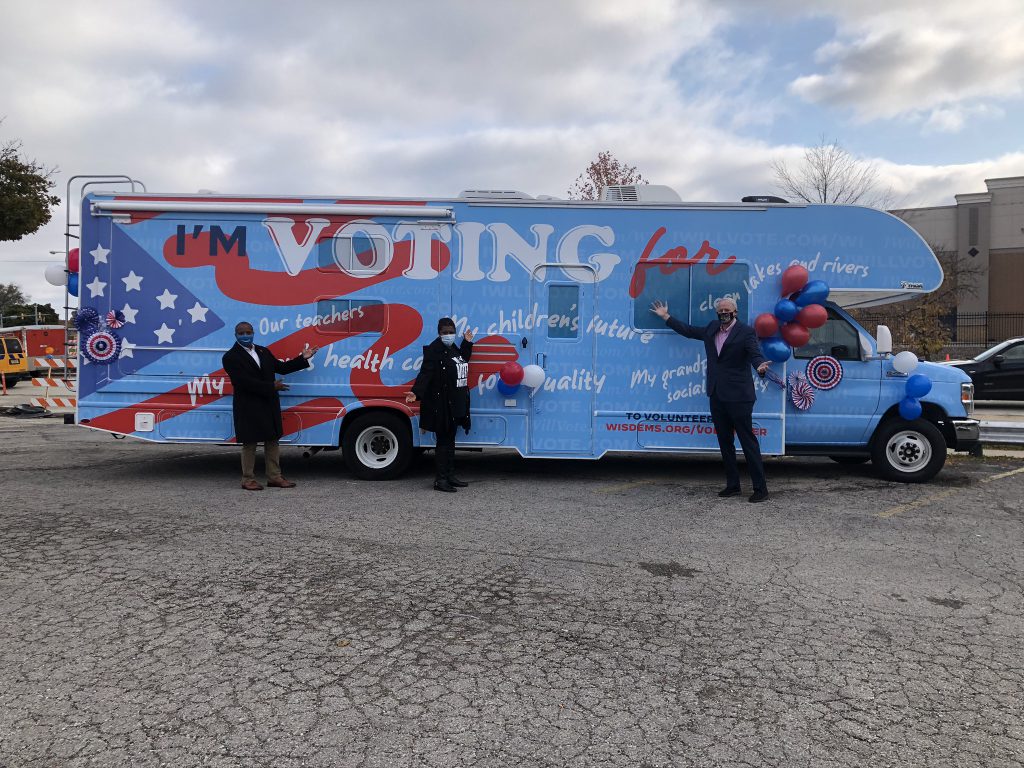 The bus, technically a recreational vehicle (RV), features the words “I’m Voting For” with a range of options including “our teachers,” healthcare, “our children’s future,” and “clean lakes and rivers.”

“Milwaukeeans understand what’s at stake in this election,” said the Common Council President. “In 2016 Wisconsin tipped the entire election and in 2020 it’s likely to do the same.”

“Everyday when I am out talking to people, you can hear the fear in their voice,” said LaTonya Johnson, no relation to the council president. She said she’s been canvassing 50 low-turnout wards, 27 of which are in her central city senate district. “The question on everybody’s mind is ‘how am I going to pay my rent?'”

Standing just up the street from one of the city’s 14 early voting sites, each politician said they were encouraged by the turnout. “It’s no surprise that Midtown is packed with early voters, because people are feeling it, they are feeling the stress,” said the legislator.

Barrett said more than 4,800 people voted yesterday and the Milwaukee Election Commission is still counting. The Wisconsin Elections Commission reported a total of 4,025 for the city, the largest in the state.

Some voters reported waits exceeding one hour on Tuesday, the first day of early voting. “I am not concerned about the waits,” said Barrett when asked about the need to stand in line. He said crowds would be biggest on the first and last days of early voting. Barrett said he was confident that having 173 polling places on election day, November 3rd, would ensure everyone could vote with minimal waits.

“My message here is to get on the bandwagon,” said Barrett. “If you don’t vote because you are unhappy with one thing or another, that doesn’t mean the election stops. That means you are forfeiting your voice.”

“Your vote is your voice,” said LaTonya Johnson.

But is the Democratic Party doing enough to drive turnout in Wisconsin after a disappointing 2016 election? Donald Trump won Wisconsin by less than 24,000 votes in 2016 and Hillary Clinton received approximately 39,000 fewer votes from Milwaukee voters than Barack Obama did in 2012.

“The Democratic Party is not taking anything for granted. I have never seen this bus before,” said Barrett. The mayor said he expects turnout in the city to exceed 2016 totals and more closely mirror results seen in 2008 and 2012. 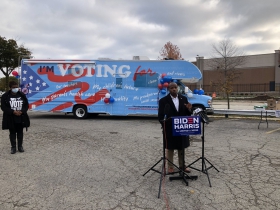 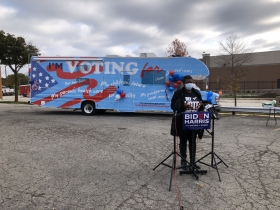 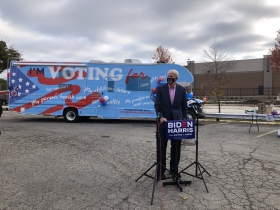