By Melanie Conklin, Wisconsin Examiner - Oct 20th, 2020 11:54 am
Get a daily rundown of the top stories on Urban Milwaukee 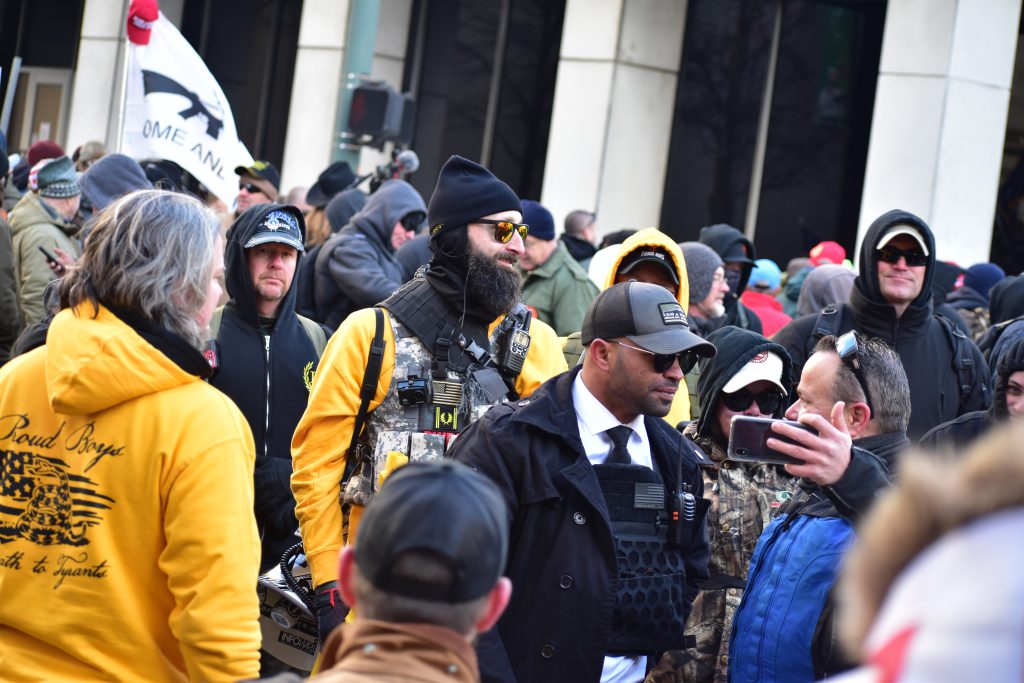 Anyone planning on scaring voters at the polls had better be ready to go to jail, said Attorney General Josh Kaul.

Voter intimidation is against the law in Wisconsin. And Kaul wants to make certain voters know it  — and know what to do if they witness or experience any kind of intimidation at the polls on Nov. 3 or while early voting.

“Voter intimidation is illegal,” said Kaul in a release. “If someone breaks the laws that protect against voter intimidation, they should be prepared to spend time behind bars.”

Wisconsin law not only prohibits using or threatening force to keep them from voting — it also forbids any effort to  compel someone to vote or to influence his or her voting decision according to the DOJ release. Also illegal is using duress or fraud to impede or prevent someone from voting.

Anyone who experiences — or witnesses — voter intimidation is urged to alert an election official and call local law enforcement “immediately.” If it takes the form of a threat of violence, call 911.

In a recent Wisconsin Examiner article on the topic of poll watchers, egged on by President Donald Trump, potentially showing up with guns at the polls, groups tracking that topic stated that while guns are not banned at polling locations in Wisconsin, threats and intimidation are — and local agencies must make certain voters know that and know what to do.

“This is exactly the type of guidance we are hoping for,” responds Horwitz. “Clear guidance from the Wisconsin Department of Justice gives voters the confidence that their polling locations will be safe and that local election officials and law enforcement have the tools to prevent voter intimidation.” He adds that since his group issued the report — along with Guns Down America — four out of the five states the groups highlighted have issued similar guidance. “We are very pleased that the Department of Justice is proactively safeguarding the voting process,” Horwitz adds.

To make certain that the election is secure and that voters can vote safely, the Department of Justice’s Division of Criminal Investigation staffs the Wisconsin State Intelligence Center (WSIC).

This coordinated information collection helps root out potential interference and other threats to the election — both domestic and foreign. The state Department of Justice (DOJ) becomes the information hub and a central resource and it also aids the Wisconsin Elections Commission.

Wisconsin Elections Commission spokesman Reid Magney said Kaul’s directives are a piece of his agency’s plan and more details are imminent. “We’ll also have some guidance for clerks by Wednesday or Thursday” after the commission’s Tuesday meeting, he added.

Kaul underscores that depending on the situation and the facts, illegal voter intimidation could take — but is not limited to — any of the following forms:

“Additionally, it is illegal for private groups to conduct law enforcement or military activities under state and federal law,” DOJ stated its release.