The Importance of Skylight’s ‘Being Earnest’

It’s a fun smart performance and also a model for how to go virtual yet stay theatrical. 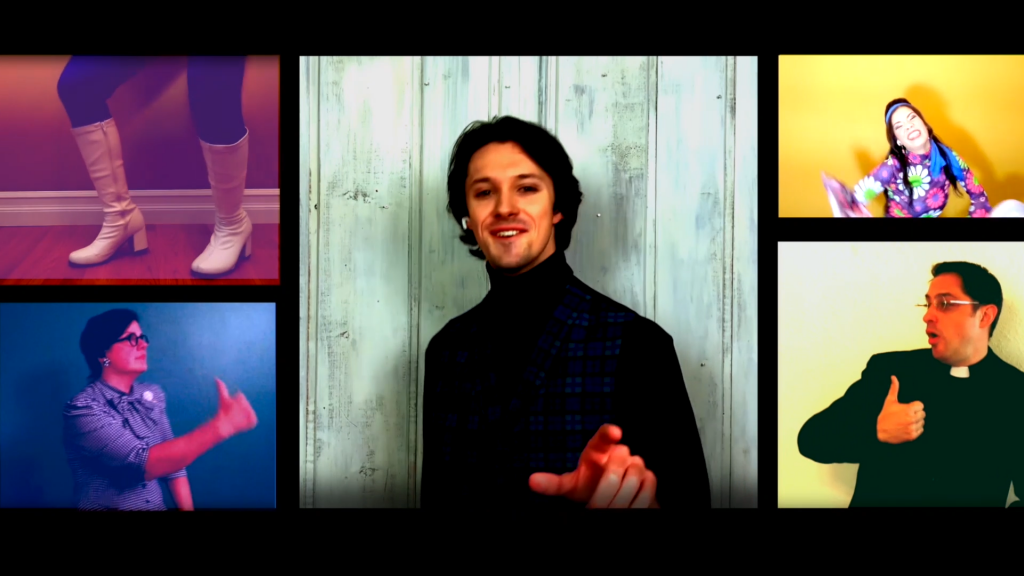 Robbed by the pandemic of so many essential elements of live stage productions, theaters are now creeping back, with one eye on the medical community and the other on their bottom line. They are seeking to retain as much employment and continuity as possible, practice their crafts as best they can and turn your home computer and browser connections into fund-raisers, musical teasers and new play readings – using sometimes awkward technological platforms to emulate much of the music video appeal and audition vitality of the online world, hoping to remind you of the importance of their absence.

Few such efforts have been so attention snapping and consistent as to merit formal review. But now one has come along that patrons should leap to see.

Milwaukee, and for that matter anyone in the world with access to www.skylightmusictheatre.org, now has something far better and more creative to see through Nov. 12 – a full newish production called Being Earnest that sets something of a roadmap for other theater entrepreneurs and converts the familiar tools of Zoom and checkerboard home screen combinations into a concept that frequently turns limitations into invention.

I cannot begin to fathom how many tracks the Skylight’s new artistic director, Michael Unger, had to hang together to do this – dialogue, music, slate-boarding, editing, seven actors in different locations who can’t see each other and yet must hear each other for perfectly synchronized harmony, characters who must look consistently as if they can see the objects of their affection, choreography and costuming, and debating with accomplished Broadway musical experts, composers Jay Gruska and Paul Gordon over the music and then Gordon again over the lyrics and co-editing.

Yet fathom it all Unger did, taking advantage of resetting a Victorian-era play in the compatible modish foppery of 1960s Britain, and all its still memorable magazine fashion ads, and insisting on a sense of intimate ensemble from actors locked in wildly separate spaces and home equipment.

There was one overarching advantage — making a musical out of a nearly perfect stage farce, Oscar Wilde’s The Importance of Being Earnest. Converting it into a musical has been done before, notably in the 1950s, the still charming Ernest In Love, given a fine local production here several years ago.

I suspect the Being Earnest creators, Gruska and Gordon, were not even aware of the 1950s version and certainly steeped theirs in Beatles era-style ditties, retaining as much of Wilde’s original dialogue as possible (who wouldn’t ?). There are nice songs (“Brothers,” “Absolutely Perfect”) but meant to rollickingly move the plot along and retain the sense of quips in sync with the original.

I suspect their musical, only performed so far in California, was headed toward Broadway when interrupted by the pandemic and then by the Skylight idea, which I suspect will now become more of a lasting resting place — the resulting concept having sparked such creativity. Though Broadway, now locked down until May of 2021, may still insist on a Taylor Swift not an Ann-Margaret appeal.

It is certainly pleasurable and amusingly evocative 1960s music, if not the sort of tunes you whistle on exit from your computer.

Only with a borrowed hand here and there can the actors appear to exchange props from screen to screen and they exchange kisses by nuzzling against their separating ovals.

But what is profoundly different and applaudable is the constant use of the full screen space. Without diminishing the actors, the songs or the plot – in fact, increasing the humor and the ambience – the screen explodes into pastel ovals, boxes and frame flips full of photos and videos of disco, magazine, celebrity and go-go motifs. The screens expand and subdue in clever editing to enhance a plot moment. The founder of the feast, Oscar Wilde, flashes by in his time’s foppery that seems to fit this swinging 60s London.

We are presented an option not available in live theater – to pause or even repeat an interesting passage and then proceed with the show, something patrons have often longed to do in a live musical but cannot. But this production’s ongoing sense of energy and thought may make it an option we don’t want to stop and use.

When the show does come a bit short, it is more because of a young cast confronted with a style of language and movement that veteran companies sometimes take years to master. They sing gorgeously under music director Conor Keelan and what feels like a full orchestra (but probably isn’t).

Since the 1950s (in a play created in 1895), the idea of a man playing the imperious Lady Bracknell has taken hold in classic companies and it is a concept the Skylight has adapted with the vocally talented and constantly fuss-fuming Nathan Marinan in wig and glasses. But he has found the surface Lady who has the best lines and vocal vitality, not the full exasperated frightening façade that makes the role unforgettable.

Joey Chelius has a boyish enthusiasm and surging frustration that keeps Jack most watchable, but it is Max Pink as Algernon who becomes the touchstone of the show (though both sing amazingly well and tightly though they in actuality cannot see each other). With an impish grin and sly control Pink is the most mischievously alive performer, keeping us engaged in how he will get out of the next mess he largely creates.

The women, Stephanie Staszak as Gwendolyn and Ashley Oviedo as Cecily, are impressive in singing and appearance. But in acting they don’t create the contrast required. Gwendolyn is mainly smirky and Cecily is a bit too manic without the redeeming coy craziness of the language. Karen Estrada once again combines humor and fun as Miss Prism and Tim Rebers ably represents the lower classes and the pastor, though a moment when he uses the sign of the cross seems way out of character for a flirtatious Protestant clergyman.

And here we have a continuing problem when theater companies marry film and theater. The chance to change a performance, to improve on it (every actor I know in a long run thinks “darn it! I should have done that!” and then corrects the moment) is missing. So the Skylight will have to live with what they created in Being Earnest and take pleasure in breaking ground and doing as well as they did. The result is not quite theater and not quite movie, but it is a multi-media representation that said an awful lot to me about why I love theater.

So how do you get in on the action? Using the www.skylightmusictheatre.org website or the Skylight box office (414-291-7800) patrons can order a ticket for a specific date on a home computer and have 48 hours to complete a viewing. Tickets are $25. If more than one person will watch at home, Skylight hopes for an honor system of a separate $10 contribution.

There may be a few extra clicks for some after they log in at the Skylight website, since a professional outside company (cart.broadwaytheatrecenter.com) is the actual host, but the Skylight box office can help everyone out. My suspicion is that many of us these days are clicking a lot to keep in touch with life in general, so this way of going to the theater is certainly not abnormal. 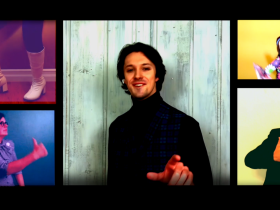 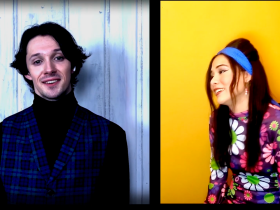 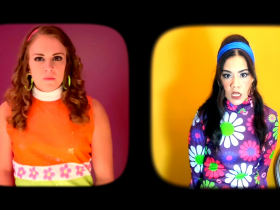 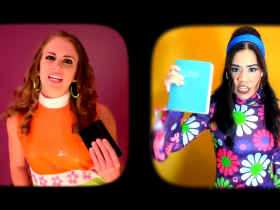 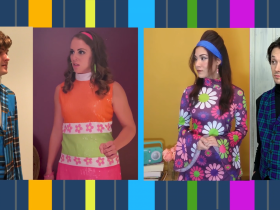 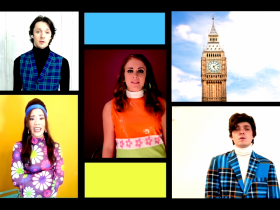