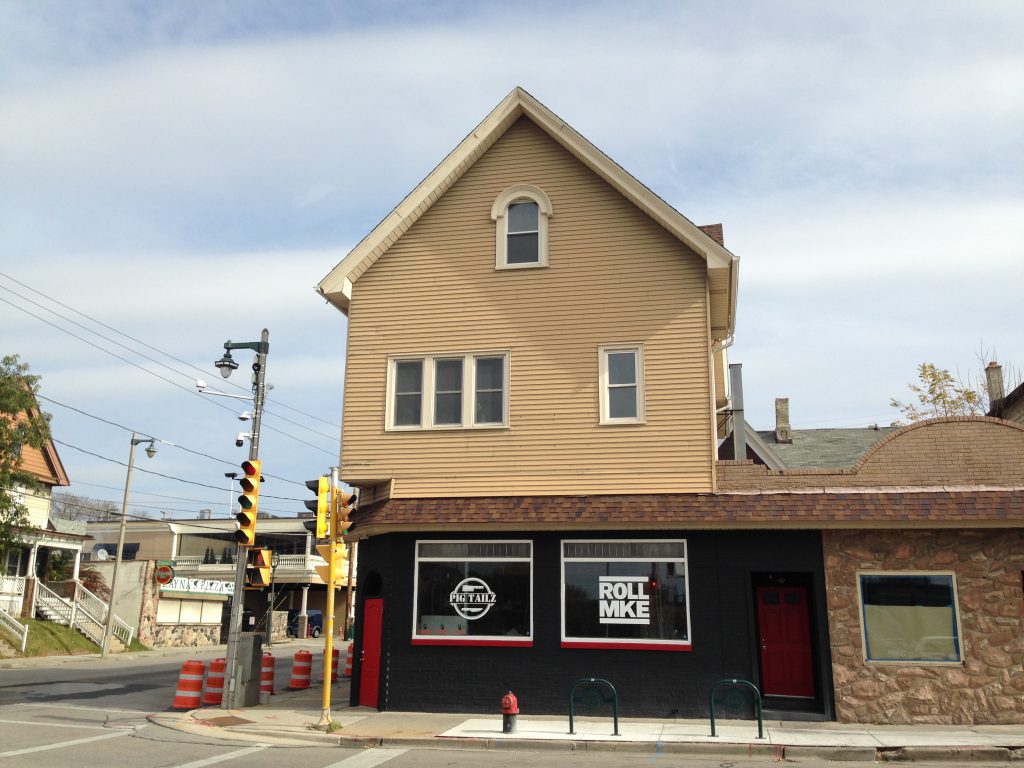 The Truck Stop, a street-food inspired restaurant, is now open at 707 E. Brady St. The restaurant specializes in “truck-to-table” food prepared by Jordan Stewart and Justin Kling, owners of the street food and catering company Street Chefs MKE, and operators of Milwaukee food truck staples Pig Tailz and Roll MKE. Its operating hours will be Tuesday through Thursday from 3 to 9 p.m. and Friday and Saturday from 3 p.m. to midnight. On Milwaukee’s Lori Fredrich reports:

Originally, Stewart and Kling hoped to open for dine-in service; but due to current circumstances, the partners have decided they’ll likely scale back those plans for the moment.

The opening menu, he says will feature between 16 to 20 items, including a variety of Pig Tailz award-winning outside-the-box tacos like buffalo chicken and their more recently introduced Korean BBQ chicken tacos topped with Southern slaw, sesame aioli and crispy onion.

There will also be Roll MKE offerings including the fan favorite brisket grilled cheese, the MKE burger (with bacon jam, lettuce and tomato), the brisket burger (topped with brisket and garlic peppercorn aioli) and a selection of “crazy yet tasty” loaded fries.

Gathering Place Brewing Company will soon have a second brewery and taproom in Milwaukee’s Bay View neighborhood. The brewery’s flagship location is at 811 E. Vienna Ave. and is a member of the Syndicate of Riverwest Breweries. The second location will open in the Flour & Feed food hall and marketplace, which is expected to open sometime in 2021. The Journal Sentinel’s Kathy Flanigan reports:

(Joe) Yeado, who founded Gathering Place at 811 E. Vienna Ave., said the Flour & Feed location will function as a satellite taproom with a one-barrel brewing system.

“Our pilot brewery and taproom within the Flour & Feed Marketplace is a unique concept among food halls nationwide,” Yeado said. “The brewing system will allow us to experiment with new recipes while the taproom provides the chance to share beers made on site and from our Riverwest brewery.”

It also lets him promote his own neighborhood as a beer destination. Enlightened, Component Brewing, 1840 and Beer Barons Cooperative all have breweries in the Bay View neighborhood. Another, Super Moon Brewing, is in the works.

“As a Bay View resident, I want the neighborhood to be known as much for its beer as its outstanding restaurants and bars,” said Yeado. “There is excellent beer being made in the neighborhood and we believe our European-inspired, session-able beers will fit in nicely.” 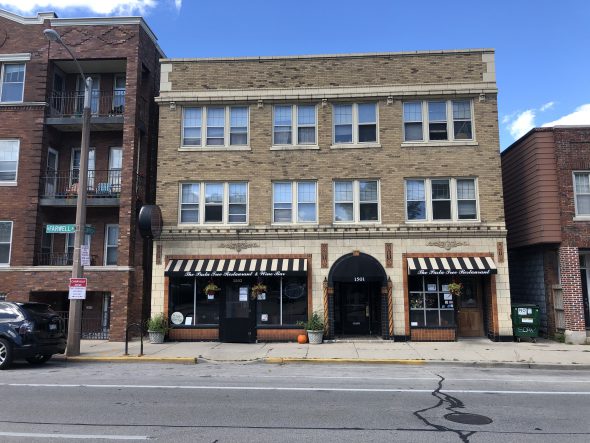 The Pasta Tree, an Italian restaurant located on the East Side at 1503 N. Farwell Ave., has reopened for indoor dining with plans to extend its outdoor dining with an “igloo” and to add a Sunday brunch menu. The restaurant is offering dinner service Wednesday through Sunday from 5 p.m. to 9 p.m. and will offer brunch from 11 a.m. to 3 p.m. Journal Sentinel’s Carol Deptolla reports:

…The Pasta Tree is planning brunch cocktails including an Italian Bloody Mary ($12), plum-rosemary sangria ($12) and bottomless Mimosa ($25 with an entree).

Over the summer, the restaurant expanded its outdoor dining with a deck and with sidewalk seating; it plans to add an igloo, the see-through domes for cold weather, as well as heaters to keep outdoor dining going in the colder weather.

The Milwaukee Film Fest has gone virtual this year, which means viewers will have the opportunity to pair their films with delicious carry-out food. Sanford (1547 N. Jackson St.), is making that decision even easier with its film-inspired carry-out menu. Fredrich reports:

“Could someone PLEASE pass the asparagus?” (American Beauty, 1999): “It’s not asparagus but it’s green and we love this scene so…” Sauteed green beans with almond gnocchi, toasted almonds and balsamic brown butter

The “Royale with Cheese” (Pulp Fiction, 1994): a Sanford quarter pounder with pickle, red onion, lettuce, tomato and aged cheddar on a Pretzilla bun.

“Some cultures are defined by their relationship to cheese” (Benny & Joon, 1993): a grilled cheese sandwich made with grilled sourdough, brie, apple and caramelized onions

“Tortures you with pleasure” (Chocolat, 2000): a 6 oz. cup of molten and decadant spiced hot chocolate

And, even though the film festival ends on Oct. 29, Aprahamian says they felt inspired to continue their streak with special Halloween-inspired dishes from the movies “Beetlejuice” and “Indiana Jones and the Temple of Doom.”

Colectivo Coffee will temporarily close two of its cafes, one in Milwaukee’s Third Ward and another on Capitol Square in Madison, on November 1. The coffee roaster cited COVID-19-related sales declines as the reason for the closings. The Third Ward cafe is located at 223 E. St. Paul Ave. Deptolla reports:

Scott Schwebel, the company’s vice president for brand, marketing and retail, said in an email that the company intends to reopen the cafes in their current locations “once the neighborhoods return to vibrancy.”

“We are saddened to close these cafes for our co-workers and the customers they serve,” Schwebel said separately in the announcement. “We tried to make a go of it, but they simply are not viable in this COVID environment…

Two other Colectivo cafes in the Milwaukee area have not yet reopened after the pandemic lockdown in March: in the U.S. Bank Galleria, 777 E. Wisconsin Ave., and at Bayshore Town Center, 5735 N. Bayshore Drive in Glendale.

Colectivo faces an effort by employees to organize a union and has created controversy by hiring a law firm known for union-busting, as Urban Milwaukee has reported.