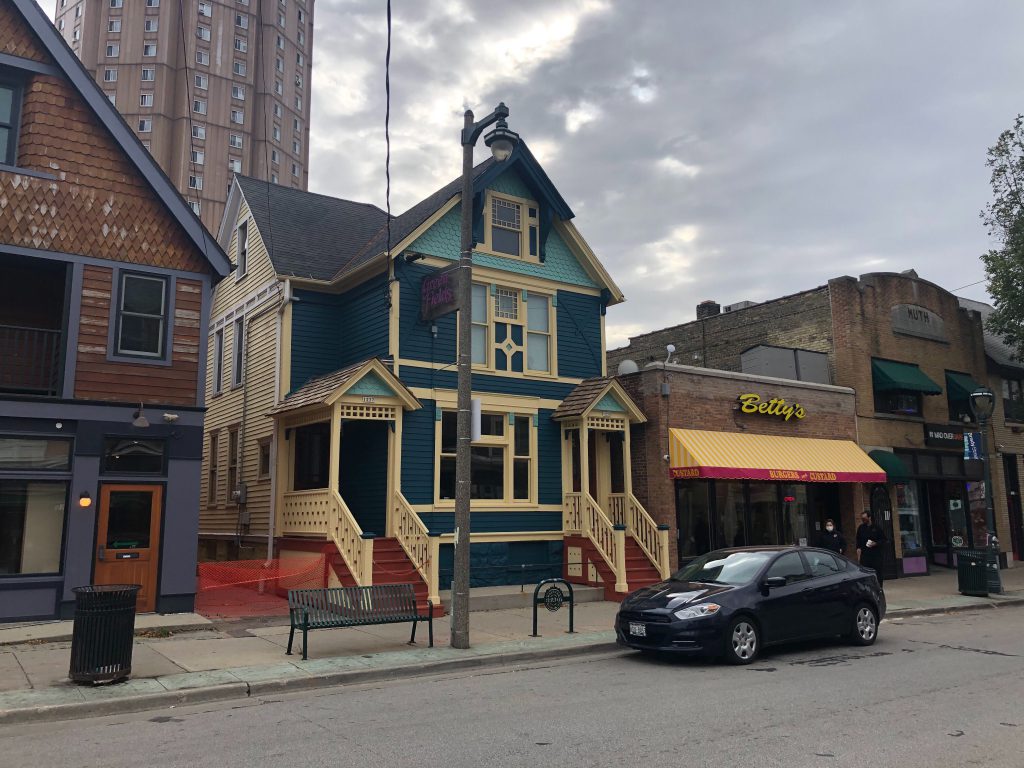 SoleMKE, a high end fashion store planned for 1237 E. Brady St., will be operated by Dmitry Lenikman and Ben Lenikman, a father-and-son team from Milwaukee. The store will specialize in selling brand name clothing such as Supreme, Louis Vuitton and Gucci, with a focus on sneakers.

“Sneakers are something that never go out of style and there will always be a demand for them,” Ben tells Urban Milwaukee. The Lenikmans expect to have the store open by early November. “We are looking to provide shoppers with the experience of actually shopping instead of buying everything online. That is the main reason I wanted to open a brick-and-mortar store, aside from the fact that I really like talking fashion with people on a personal basis,” Ben says. SoleMKE may be a joint venture between Ben and his dad, but operating a fashion store is something he has always wanted to do.

The two-story building SoleMKE will occupy was one of two adjacent buildings occupied by Green Fields. The store, of which both locations closed in the past year, sold jewelry, clothes and tapestries from around the world. It also served as a smoke shop. Prior to Green Fields, the building housed Yellow Jacket Vintage, which closed in 2010.

“Foot traffic is plentiful on Brady, with its proximity to the lake and UW-Milwaukee where students don’t necessarily have cars.” Dmitry says. “Indeed, this was the ideal location on the ideal street in Milwaukee for us to give a home to what we had envisioned,” he adds. Ben is only 17 and graduates from high school in December 2020, ready to go into business upon finishing. The store hopes to also attract fashion-conscious people from all over town. “I hope to one day to make this into a nationwide chain, but for now I want to focus on giving the city of Milwaukee something it hasn’t really had in a while,” Ben says.

“SoleMKE aims to round out the clothing store battlefront around the East Side,” Ben declares.