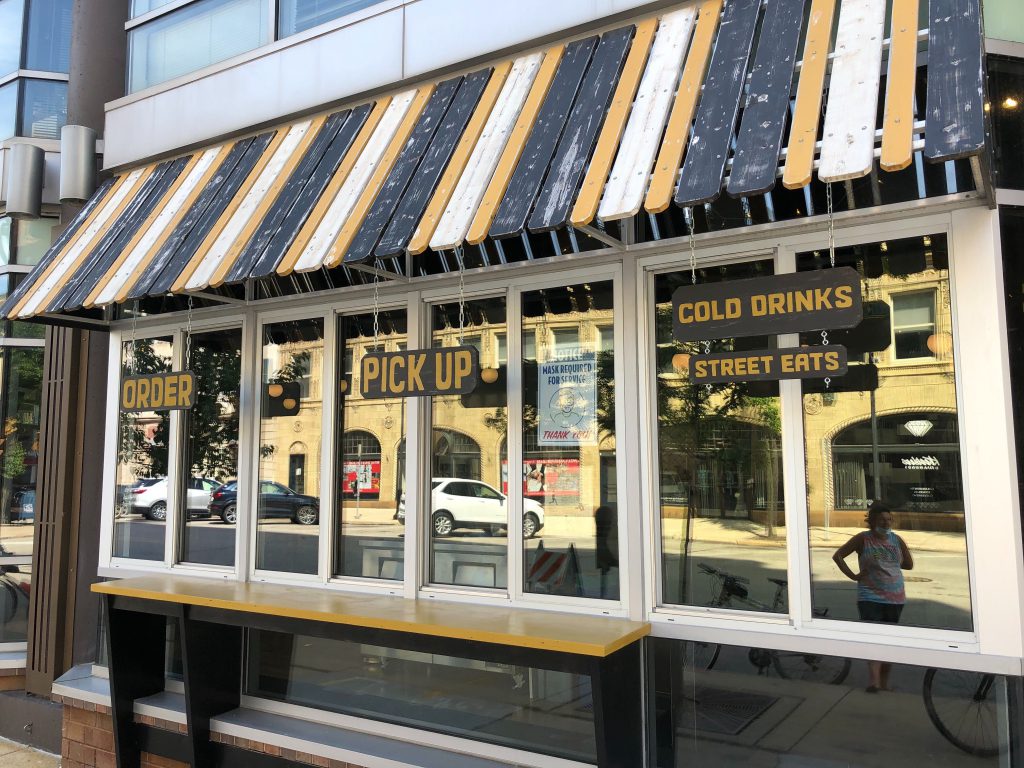 A second round of “We’re All In” grants for affected businesses with under $1 million in annual revenues will be available soon. The Wisconsin Economic Development Corp. (WEDC) will begin taking applications next week for 10,000 businesses grants of $5,000 each.

“We anticipate that we’ll get some more interest because of the increased amount,” WEDC Secretary and CEO Missy Hughes tells the Wisconsin Examiner.

Like the first round, the new program will be organized so that businesses hit hardest by the pandemic — bars, restaurants and other hospitality industry concerns, along with hair and nail salons and similar personal services — “are the ones first served with these dollars,” Hughes says. Previous recipients are welcome to apply again.

The latest edition of the “We’re All In” program was announced last week on the same day that Gov. Tony Evers announced a new statewide order limiting occupancy of indoor public events and buildings to 25% of the location’s rated capacity.

The $50 million program is about half of more than $100 million in new business aid from the state. The rest will go to the lodging industry, performance venues and other cultural institutions, and tourism marketing. The funds come from Wisconsin’s allotment from the federal CARES Act relief package enacted in the spring.

When Evers announced the new business aid, one business lobby group greeted it in grudging terms. In a statement, the National Federation of Independent Business Wisconsin acknowledged that the aid “will help … struggling Wisconsin small businesses,” but complained that “the governor’s new emergency order is a step in the wrong direction and will require the governor to give service industry small businesses even more [funds] thanks to his restrictive actions that will eliminate jobs and restrict revenue for thousands of bars and restaurants across the state.”

In an interview with the Wisconsin Examiner, however, Hughes points out that, more than anything else, the economic culprit is the virus.

‘We just have to get control of this virus’

In the spring, when the Safer at Home order was in place that kept many businesses closed to on-premises traffic, there were debates about whether the state might open regionally. “Milwaukee and Madison were hotspots,” Hughes says.

Then the state Supreme Court lifted that order, freeing businesses to open if they wanted in many parts of the state. Left largely unchecked, the virus has spread even more, scaring away customers.

Some small businesses have been losing traffic and restaurants have had to reduce their capacity, Hughes says. “So this domino effect is really where we see the impact on the economy, of people just having to stay home. And then that means they’re not participating in the economy.”

The spread of the virus has also played havoc with the workforce.

“What we’re seeing right now in Fox Valley and Green Bay is workers not being able to come to work,” says Hughes. “Whether it’s health care workers who have tested positive, or workers in the community who have tested positive and now can’t go to their factories or their place of work. And it starts to have a compounding effect.”

In short, “opening everything up, while it sounds like something we can do, we’re still dealing with a virus that results in increased hospitalizations. And then our hospitals can’t take care of heart attacks and stroke, and cancer surgery,” she adds. “The virus adds on an incredible load that you just can’t manage.”

Health orders may reduce business temporarily, but a study of the Quad Cities in western Illinois and eastern Iowa concluded that they only accounted for only a fraction of lost business in the pandemic.

Hughes says she tries to make that point when talking with business operators about how to recover during the pandemic.

Businesses will be able to apply online. WEDC and the Wisconsin Department of Revenue (DOR) are collaborating on an online application portal that will open at 8 a.m. Monday, Oct. 19, at the department’s website.

DOR also hosts a web page with information and FAQs about the program. Participating businesses pledge to follow health and safety best practices. In the spring, WEDC posted a collection of guidelines tailored to specific industries on procedures to protect employees, customers and their communities.

Teaming up with DOR, which already has records on each business, has made the application process simpler, says Hughes, “and I hope that will take out a lot of stress for the businesses.”

Hughes acknowledges that the losses businesses are suffering far exceed what the state grants will be able to provide.

After the first “We’re All In” round, “what we’ve heard directly from the businesses was, ‘Thank you very much, this is helpful, but it’s not going to get us across the finish line,’” she says. That led her office to seek the second $50 million round from the state CARES funds. And the agency continues to seek support for more federal stimulus money for Wisconsin.

In addition to the “We’re All In” grants, WEDC is also offering $3 million in grants as part of a contest (“We’re All Innovating”) to develop new responses to the pandemic, and a separate program with Arts Wisconsin to provide aid to creative workers and arts projects. Other earlier programs provided additional aid for small business, including $2.5 million in emergency grants for ethnic minority-owned microbusinesses.

Hughes believes the pandemic offers important lessons when it comes to the state’s economy.

“Tactically, we’re learning lessons about how to do public health — how do you shut things down and reopen them and that kind of stuff,” she says. But other lessons are much broader in scope, revealing what’s most important for the economy over the long term.