Plus: That new Bay View taproom. And a Rice Krispies treat store in West Allis, of course. 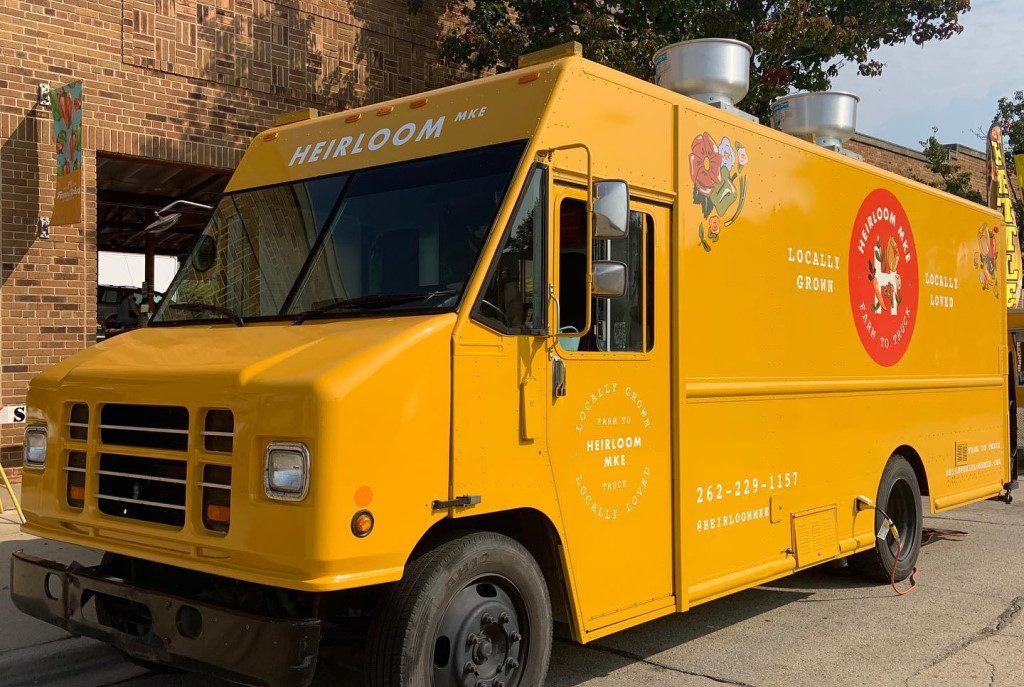 What was originally planned as a Walker’s Point restaurant has now pivoted to a food truck called Heirloom Mke that will park in several places in town. The food truck specializes in mussels, burrata, burgers and Friday fish fry — a unique menu compared to your typical food truck. Journal Sentinel’s Carol Deptolla reports:

Pete and Jess Ignatiev, who live in east Tosa, were on the verge of signing a lease in Walker’s Point for a restaurant just before COVID-19 hit.

The pandemic meant a change of plans, and that meant shifting to a food truck. They had already spent two years creating a menu and forging relationships with local producers and creators, such as Farm Happy in Jackson, and didn’t want to abandon those plans.

The couple launched Heirloom Mke in early September, parking it near the Fermentorium brewery’s Wauwatosa Barrel House, 6933 W. North Ave., and at the West Allis Farmers Market, among other spots.

On the menu are appetizers like the shareable burrata, served with arugula, heirloom tomato salad and grilled baguette ($12), fried cheese curds with roasted jalapeño ranch and tomato jam, and the couple’s version of deviled eggs, called royal eggs ($9).

Sandwiches range from Wisconsin Meadows grass-fed burgers with Carr Valley cheddar ($12) to organic fried chicken breast ($12) and a veggie burger patty made in part with beets and walnuts. The banh mi ($14) is a popular sandwich; it sells out daily, the couple said.

Entrees include the steamed mussels ($12) — the favorite of their daughter, Finn — and braised beef rib with cheddar polenta ($16).

The plan is to keep the food truck open all winter… 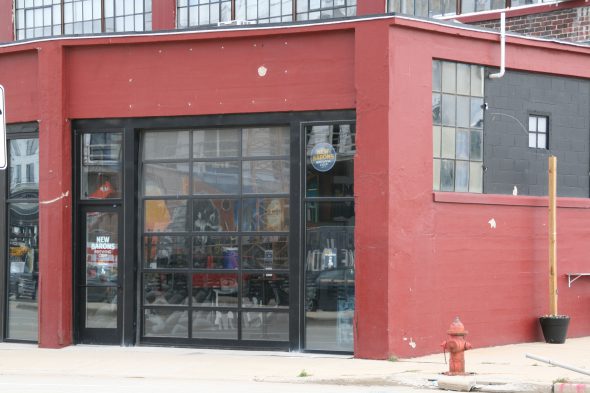 New Barons is currently offering eight beers on tap, and six-packs and crowlers to-go. It’s newest beer, L-Dubbs, is a collaboration with Component Brewing Company. It’s is a saison that clocks in at 5.0% ABV with notes of bubble gum, spice, floral and fruity aromas. The beer was brewed with wheat, barley and four hops — essentially the only ingredients that were on hand at the time of brewing. It’s a light, low ABV kickoff to the partnership.

The brewery is also offering more benefits for member-owners, such as preemptive access to events like sour tasting and beer and chocolate pairings. It’s also planning a recurring event where member-owners can have a business, product or service featured and can sell their wares at the taproom.

The taproom is open Wednesday and Thursday from 4 p.m. to 10 p.m., Friday from 3 p.m. to 11 p.m., Saturday from noon to 11 p.m. and Sunday from noon to 6 p.m. On Sundays when the Packers play at noon, the brewery will open early and offer beermosas — that’s beer and orange juice — and short pours for touchdowns in lieu of touchdown shots.

A shop specializing in gourmet rice crispies treats has opened after its original opening was delayed as a result of the pandemic. Carrie’s Crispies opened September 30 at 7133 W. Becher St., the previous home to Dave’s Famous Pickles, Peppers and Jams. Journal Sentinel’s Bob Dohr reports:

Brian and Carrie Cieslak of Greenfield have been making and selling their flavorful versions of the gooey, Rice Krispies-based classic since 2015.

Only they’ve done it at farmers markets, other people’s stores and online.

Now they’ve got their own place.

“We’re really excited. It’s kind of one of those things where we had a date in mind, it got pushed back, and now we got a permanent date so we’re ready to go,” Brian Cieslak said. “The hype around it and the hype we’re getting from customers is really exciting.”

The couple originally planned to open the shop in late June, but took things a bit slower because of the pandemic.

Brian said the extra time allowed them to do some electrical work, build out the retail space and have the logo painted on the building — projects they were originally going to push back until after the opening.

The format will be grab and go; the 800-square-foot store has only about 200 square feet of retail space and no inside seating.

The shop will also sell hot coffee from Anodyne Coffee Roasting Co., hot tea from Urbal Tea Co., and sweets-type offerings like caramels and chocolates from other vendors.

For last week’s Now Serving, Urban Milwaukee reported that Riverwest Public House, a long-standing co-op bar located at 815 E. Locust St., would likely close unless some major funding came through. And, according to a Facebook post, the co-op’s supporters delivered. The post reads:

We raised enough money to keep us open during the month of October, while we work on putting things right and celebrating the last nine years of the Public House. Stop in and give us a visit, and if you feel the spirit move you, keep donating to our cause. We are going to miss you dearly, but let’s make this last month of existence a month to remember!