Women Voters Will Save Our Republic

If they vote like they did in 2018, woe betide Donald Trump. 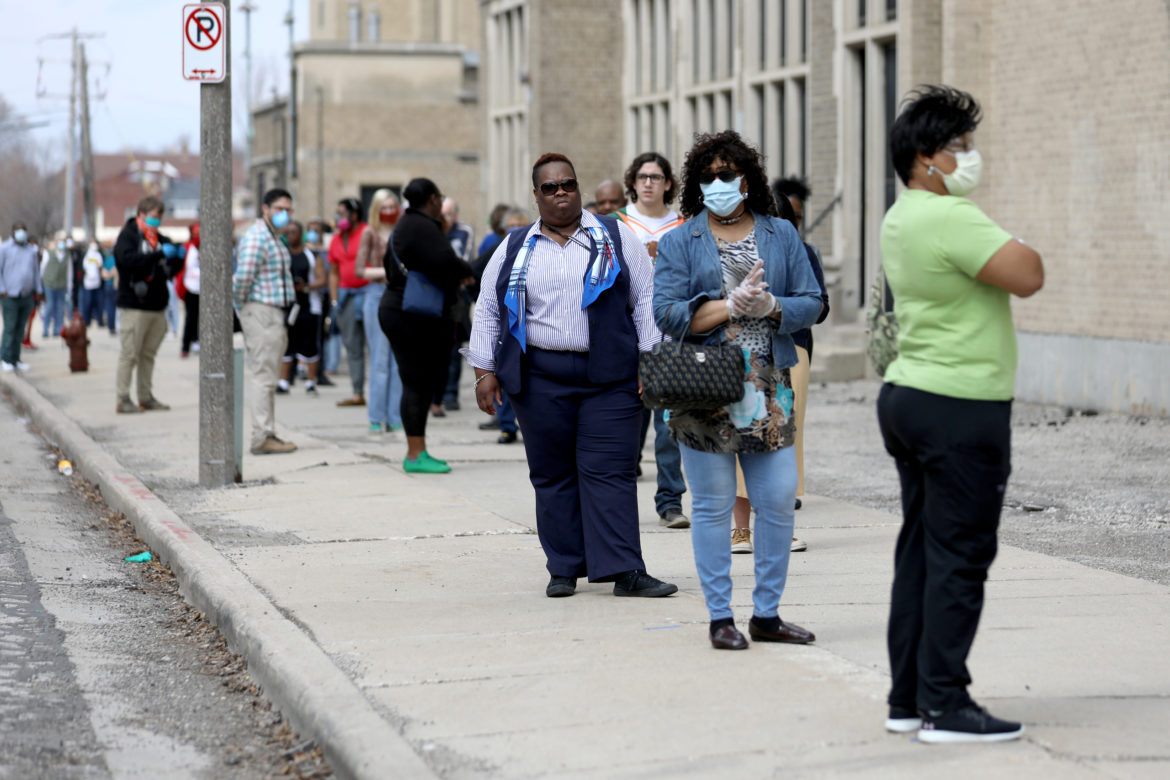 Voters waited for hours in long lines to vote in Milwaukee on April 7, 2020. Here, the voting line wraps around the block outside Washington High School. Researchers say that consolidating polling sites and health concerns of voting in-person during the pandemic kept many Milwaukee voters away, especially Black residents. Photo by Coburn Dukehart/Wisconsin Watch.

Women voters are key to the upcoming presidential election. We saw their political power in 2018 when many female Democratic House candidates prevailed on Election Day. They correctly and bravely ran in absolute opposition to Donald Donald Trump and his policies. And they were proven correct at the ballot box.

In fact, during the midterms a record number of women were elected into the House of Representatives. The reason I mention this is due to the power-hungry madness and the bizarre hypocrisy Republicans are showing the nation following the death of iconic Supreme Court Justice Ruth Bader Ginsburg. Women are watching the news, reading the newspapers, and fully coming to terms with the necessity of doing all they can to make sure the threat to Roe v. Wade, the landmark 1973 Supreme Court case that established abortion as a constitutional right, is dealt with in a way that is proper for the needs of our society.

With the additional high importance of health care for mothers and families, the court fight, which is also about the survival of the Affordable Care Act and its coverage of pre-exiting conditions, makes the determination of women voters all the more important for Democratic candidates.

We are all aware of how suburban women, in particular, who are fleeing the misogyny and reckless policies of the Republicans, played such a central role of many Democratic victories in 2018. The vote totals for the two parties underscore the blow which the GOP was dealt:

Let me add just a bit of data to underscore what a blow those vote totals were to Republican Party politicians who now think they can walk over women and seek to repeal the laws of the 20th century. Some of the talk from the conservative crowd this weekend even condones undoing precedent when sitting on the court. That is stunning for a nation that is well into the 21st century and has solid majorities which support reproductive freedoms for women.

So the GOP needs to recall that in 2018 the total vote margin was slightly over 9 million, putting it as the largest gap between the two parties in the history of midterms. And the 8.1 percent spread between Democrats and Republicans was a larger percentage-point differential than in any midterm election that most readers will recall, such as 1994 (R+7.1 percent), 2006 (D+8.0 percent), 2010 (R+7.2 percent) and 2014 (R+5.7 percent).

Recall, too, that in 2017 women started to push back on Trump and their distaste and revulsion with him and his party have only grown. Women then showed their muscle in 2018, and you know what?

They were just getting started.

With the Supreme Court nominating process being treated so shabbily and with such a massive dose of Republican hypocrisy, women are hell-bent on saving our republic this fall. I suspect a huge majority of the nation will follow their lead.

Trump may not like strong women, but he is about to be tossed from office because of them. All it will take is the power of the ballot to achieve the mighty outcome.