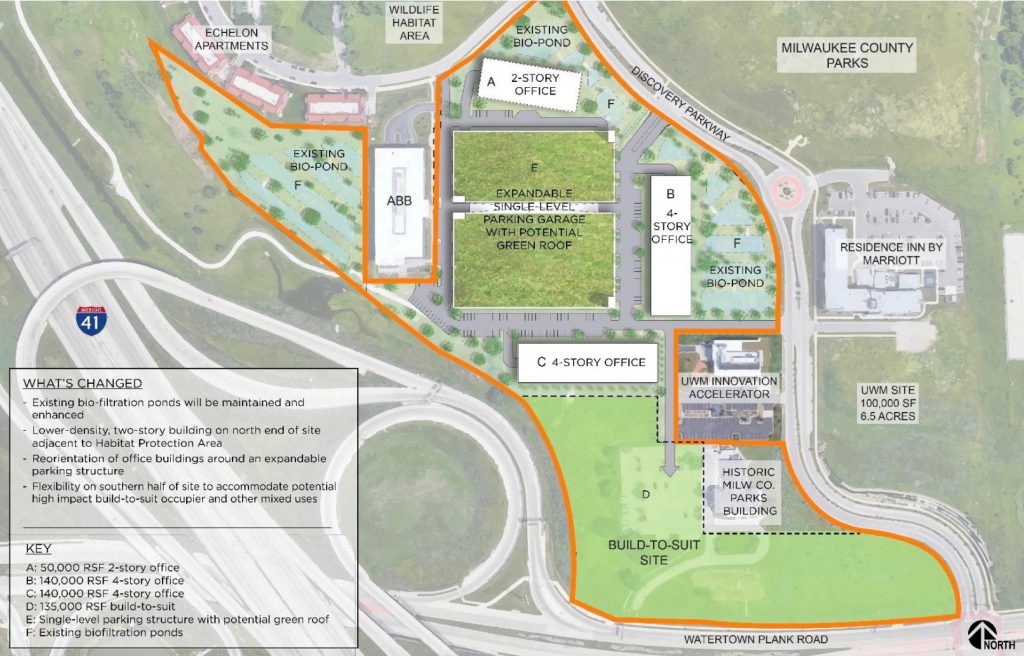 A private developer is purchasing land in Wauwatosa, which was originally intended for a UW-Milwaukee research campus, with plans to develop a business park.

The developer, Irgens, wants to develop a three-building business park where UWM once planned to build its Innovation Campus.

UWM bought approximately 88.9 acres of county grounds land from the county in 2011, with plans to build a new campus for its College of Engineering and Applied Science.

In 2013, the university developed its Industry Accelerator Facility, a 25,000 square foot building where academics and private industry work together to commercialize and apply scientific research. In subsequent years, ABB developed its regional office on the campus, and an apartment building and a hotel were also developed.

But the funding for UWM’s new research campus never materialized and in 2019 they told the board they intended to sell most of the remaining property to Irgens.

The county no longer owns the land Irgens plans to develop. But purchasing the land from UWM and developing its new proposed development requires the board to amend the original development agreement with the university from 2011. 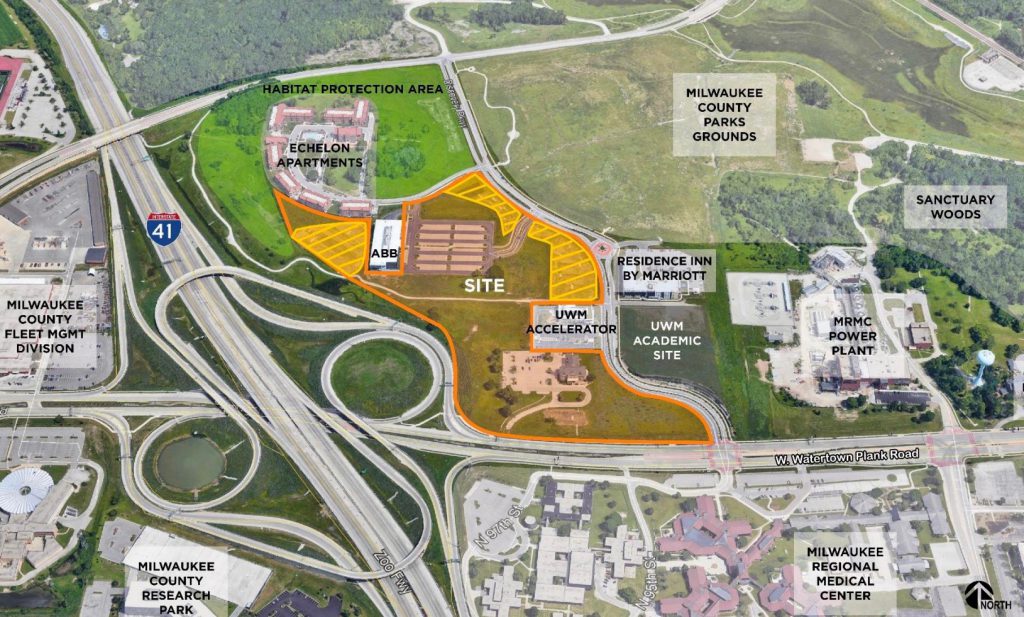 The county board’s Economic and Community Development Committee unanimously approved the amendment allowing the sale and Irgens’ planned development to move forward. Irgens will acquire approximately 20 acres, and UWM will retain 6.7 acres for potential future use.

Irgens has also agreed to maintain the existing biofiltration ponds — there are more than a dozen — on the site.

Get a daily rundown of the top stories on Urban Milwaukee
The new agreement included a $1 million upfront cash payment from Irgens to Milwaukee County for an additional 200,000 square feet of developable space within the parcel. In the county’s agreement with UWM, 853,271 square feet could be developed. Additional development space would come at $12 a square foot.

UWM developed approximately half of the developable space on the campus. So, in order to give its development more breathing room, Irgens proposed the upfront payment for an additional $200,000, which translates to $5 per square foot. The county keeps the $1 million whether Irgens develops the space or not, said Heather Reindl, contracts manager with Milwaukee County.

The county also worked its Community Benefits Requirements into the deal with Irgens. So when the company develops the land, it must assure that county residents work 25 percent of the construction labor hours and make up 10 percent of the apprenticeship or training hours. And 25 percent of construction costs and 17 percent of professional service costs must go to certified disadvantaged business enterprises.

The original development agreement with UWM did not include community benefits requirements.

The proposed business park, formerly the proposed innovation campus, is in the middle of the Milwaukee County Grounds, which was owned by the county originally, but large pieces of it have been sold to developers over the years.

Large areas of untouched land in the northeastern part of the grounds, close to the development site Irgens is purchasing, have been the focus of intense preservation efforts by local environmental activists.

One area, approximately 52 acres, called the Sanctuary Woods has been a specific concern for residents and activists. That stand of woods was rezoned for conservation by the City of Wauwatosa, and in March the county implemented a conservation restriction on approximately 100 acres of county grounds land, including the sanctuary woods.