Making It Safer for Runners of Color

Milwaukee group Forget Everything And Run, or F.E.A.R., seeks to shift the narrative.

By Ana Martinez-Ortiz, Milwaukee Neighborhood News Service - Sep 2nd, 2020 11:00 am
Get a daily rundown of the top stories on Urban Milwaukee 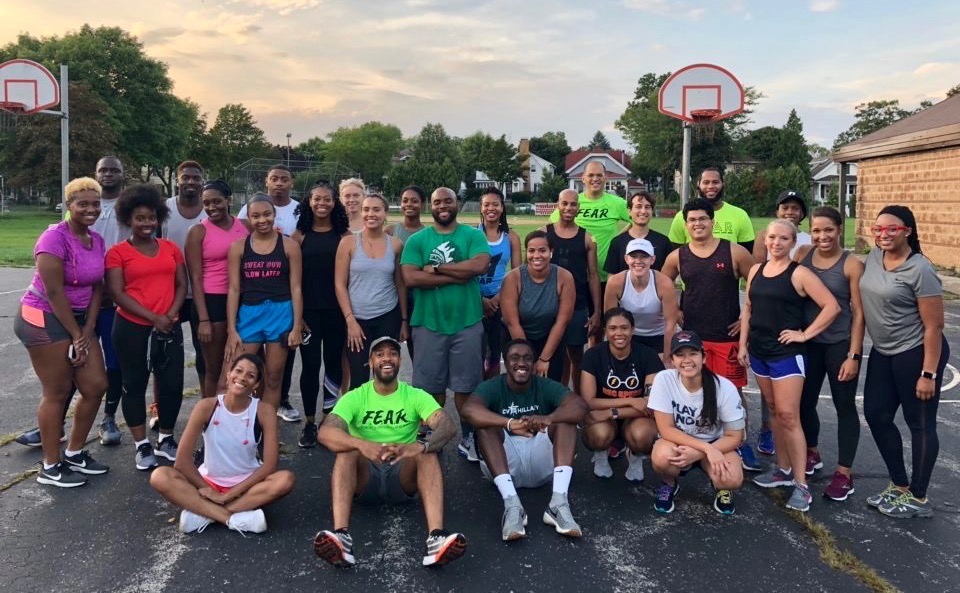 Before Tenia Fisher leaves her house to go on a run, she takes a picture and sends it to a friend just in case something should happen.

Running in general has always been a privilege for white people, Fisher said, citing the death of Ahmaud Arbery, a 25-year-old Black man who was fatally shot on Feb. 23 while running through a Georgia suburb. The case has helped bring attention to the dangers Black runners may face.

For the past four years, Fisher has been the director of health and wellness at Social X, a local consulting group for young professionals of color. She’s also a captain for the group’s running group, Forget Everything and Run, better known as F.E.A.R.

Fisher ran cross country and track and field at Rufus King High School before getting a scholarship to attend UW-Milwaukee.

As the only Black woman on the university’s long-distance team, Fisher often got looks. And when she returned to Rufus King as a coach, she never saw another Black coach.

“F.E.A.R. is trying to change that narrative so people who don’t look like us, see us,” Fisher said.

The group began several years ago under Nyerere Davidson, the co-owner and co-founder of Social X, as a safe space for runners of color.

About three years ago, Devin Jenkins, a Milwaukee transplant, decided he wanted to get in shape and that running was the way to do it. He joined F.E.A.R. after attending several Social X events.

Jenkins, who is Black, said he never viewed running as a whites-only sport. The shooting of Arbery changed his perspective.

“I get a little hesitant any time I go for a run now, especially after the Ahmaud Arbery incident,” Jenkins said.

He expected to see a lot of African Americans in F.E.A.R. and was surprised at the diversity in terms of race, gender, ethnicity and religion. Part of the reason the group is so successful and diverse is because it happened organically, he said.

Since joining, Jenkins noted that the creation of intentionally diverse running groups is becoming a thing.

“It’s cool to see how the movement is a common theme across the country,” he said.

From runners to family

Jenkins recalled his first time running with the group.

“I remember feeling good and then a mile in I was tired,” he said. “I was the last one to finish, and now I lead the group sometimes.”

Since then, running has become a part of his daily routine. In 2019, he ran his first half marathon and he joined the group in Washington, D.C., to run a 10-mile race.

Fisher said that before the pandemic, the group traveled to races together.

“We’re family now,” Fisher said. “When you run or train with someone, that’s something really deep, it’s indescribable.”

Although COVID-19 has prevented the group from meeting in person, virtual running sessions are held weekly and captains take turns pumping the group up over Instagram.

Joining the group has made Alexa Wild more aware of the discrimination that non-white runners face. She said more needs to be done to promote runners of color.

Fisher noted that while there have been some changes in society in terms of diversity and acceptance, it is not enough, especially if people still think it’s odd to see a Black man running.

Although one of the goals behind F.E.A.R. was to create a safe space for runners of color, anyone is welcome to join, Fisher said.

“The hardest part is showing up, but if you show up, you’ll be OK. We’ll take care of you,” she said, adding that no one runs alone.