Neighborhoods Hard Hit by COVID-19 are Vulnerable to Summer Heat 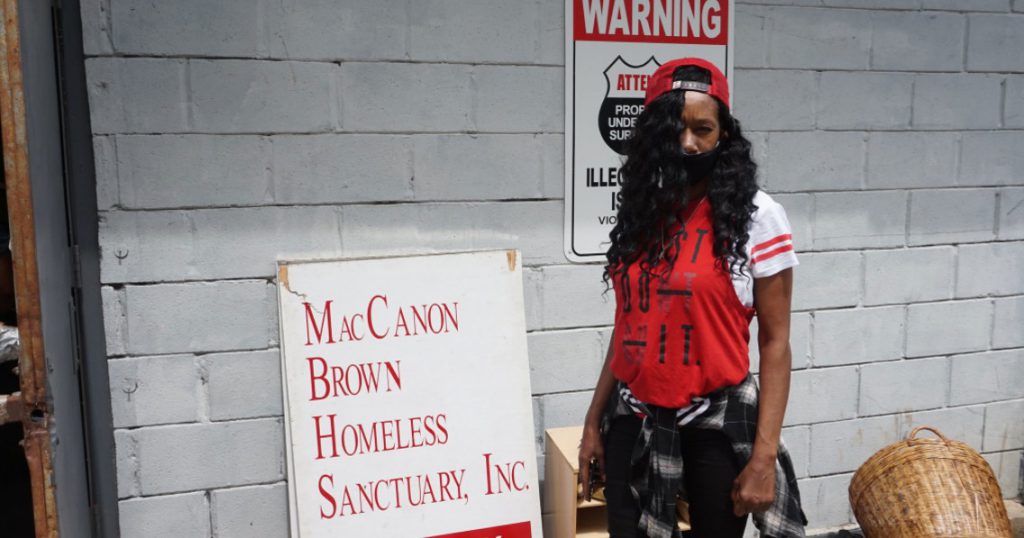 Diane Green, a 54-year-old resident of Milwaukee’s Northwest Side, stands outside the MacCanon Brown Homeless Sanctuary, 2461 W. Center St., as she waits for a fan. The agency distributed hundreds of fans to residents in the 53206 ZIP code this summer. Photo courtesy of NNS.

Diane Green is resourceful in the summer. She has to be.

On most hot days, the 54-year-old resident of Milwaukee’s Northwest Side wakes up before sunrise, turns on her oven and cooks a day’s worth of breakfast, lunch and dinner for herself, her 28-year-old daughter and her two grandchildren.

“I try to get all the oven stuff out of the way” before the heat hits, she said. Even with four plug-in fans whirring around her house, cooking in the daylight would make an already hot summer day unbearable.

Once the sun is shining, she keeps the lights off and her fans on. She might find a shady spot to sit outside, but that is rare. It’s cooler for her to stay inside all day if she can.

Summer heat feels different depending on where you live in the city, and Green resides in one of Milwaukee’s most vulnerable locations during excessive heat.

The concrete infrastructure on the city’s North and South sides traps heat and re-emits it more than natural landscapes. These pockets of heat, better known as urban heat islands, produce a climate of their own on hot days and can make it nearly impossible for residents without quality air conditioning to cool off.

“The heat makes me tired,” Green said. And it makes other people she knows agitated or angry. 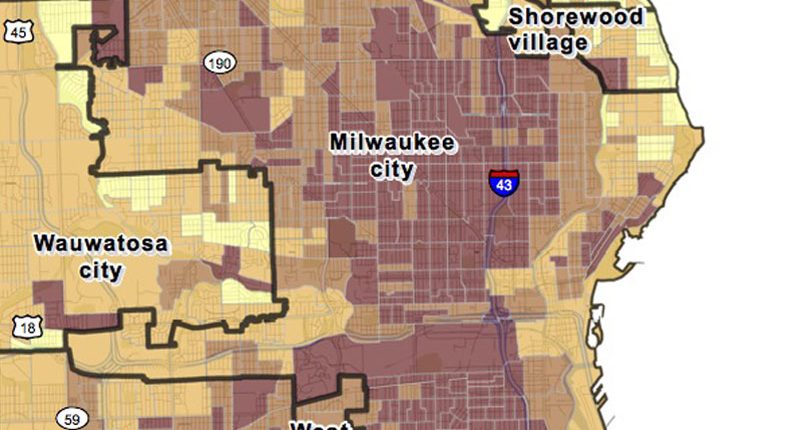 Many of the neighborhoods that are vulnerable to excessive heat are home to African American and Latinx Milwaukeeans who have been disproportionately affected by the coronavirus. Fallout from the pandemic has left some residents unemployed and worrying about utility cutoffs or evictions – not to mention wondering when they will get a federal stimulus check.

In any other year, Green would cool off in the air-conditioned Milwaukee Public Library’s Center Street branch at 2727 W. Fond du Lac Ave. But libraries — like most other cooling centers in the city — closed indoor operations in March when the coronavirus began to spread in Milwaukee.

And finding a place to stay cool in daytime heat is only half the battle.

“The heat at night is terrible,” Green said.

On hot nights, she sets her fan in the window and tries to ignore the mosquitoes that come in and bite her as she falls asleep. “I’ll wake up and be sweating — like someone poured water on me.”

By and large, the coronavirus has made it even harder for more vulnerable residents to stay cool this summer.

Though dealing with a pandemic during a hot summer has been new territory for the city, extreme heat is not a new issue for Milwaukee.

Jeffrey Jentzen still remembers standing in his office in July 1995 as an overwhelming number of bodies were brought in. As the medical examiner for Milwaukee County, even he wasn’t prepared for the four days that would become one of the deadliest events in Milwaukee’s history.

“The heat was so subtle, you didn’t see it coming,” said Jentzen, who conducted the investigation of at least 91 deaths caused by the heat wave. Research shows many of the deaths could have been prevented.

As daytime temperatures climbed to 103 degrees, and high humidity persisted, it never cooled down at night.

Despite timely warnings by the National Weather Service and local news, officials left residents with little to no information on how or where to cool off.

Now, extreme heat is considered a health emergency — it’s the No. 1 weather-related killer in Wisconsin. When the National Weather Service sends out a heat advisory, the Milwaukee Heat Task Force acts on its Excessive Heat Event Coordination Plan.

Made up of almost 40 government agencies and community organizations, the group provides a community-based, coordinated response to alert residents of oncoming heat and to increase access to cooling centers.

But the coronavirus poked holes in the city’s preparedness for this year’s heat, leaving lower-income residents to make do with severely limited options for cooling off.

Then there’s the issue of climate change.

Studies show global warming is accelerating the frequency and severity of heat waves — like the one Milwaukee saw in 1995 — worldwide.

And summers in Milwaukee are only getting hotter.

By 2050, it is likely the number of extremely hot days experienced in Wisconsin will quadruple, said Daniel Vimont, a UW-Madison professor and scientist at the Wisconsin Initiative on Climate Change Impacts. His group engages citizens, decision-makers and scientists around the state to foster solutions to climate change.

“Hot nights, warm days and increased humidity all work together to produce dangerous situations for our health,” he said.

Dr. Caitlin Rublee, an emergency medicine physician at Froedert Hospital and public health physician at the Medical College of Wisconsin, has seen the health consequences when patients don’t have access to quality cooling in their homes.

In the past month, she’s cared for critically ill patients experiencing both COVID-19 and extreme heat, using many of the same hospital resources to treat the two.

“We are at the intersection of two public health crises: COVID-19 and climate change,” Rublee said.

As future summers will bring an increase in heat waves, she said, any evictions and utility cut-offs will put residents at even greater risk of life-threatening heat related illnesses.

Wisconsin’s policies on utility and eviction moratoriums don’t protect the health of residents in a changing climate, she wrote in the Wisconsin State Journal.

“But we can create ones that do,” she wrote. “Now is the time to create policies that protect people and build resilience against the health threats of climate change.”