Grant will pay for a less exciting part of running a transit system - repairing a maintenance facility. 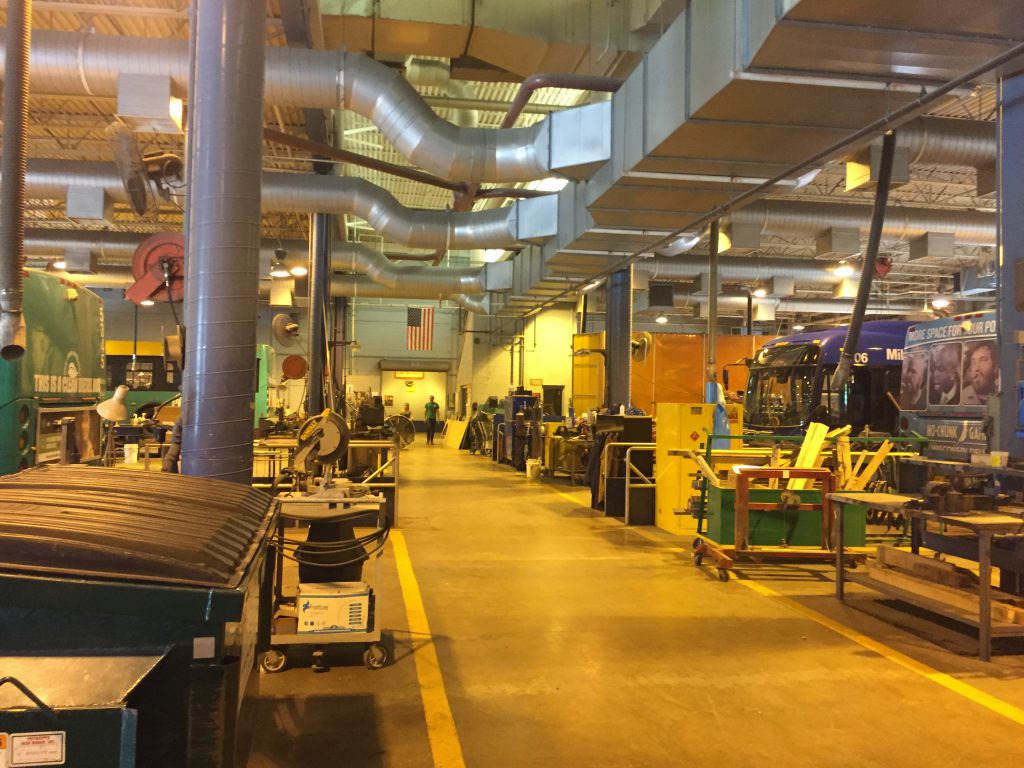 Inside the MCTS Maintenance Facility at 1525 W. Vine St. in 2017. Photo by Jeramey Jannene.

The Milwaukee County Transit System was one of 96 recipients of a combined $464 million grant award from the Federal Transit Administration on Thursday.

“This Administration is committed to rebuilding our nation’s transportation infrastructure even through the current COVID-19 crisis, and this $464 million in federal grants will help improve the safety and reliability of transit bus service nationwide as the economy returns,” said U.S. Transportation Secretary Elaine Chao in a statement announcing the awards.

The funds come from the FTA’s Grants for Buses and Bus Facilities Program, and it’s the latter MCTS will receive the funds for.

The county-run transit agency will receive $3 million to replace the 35-year-old roof on its maintenance facility at 1525 W. Vine St. The 204,578-square-foot building fills the irregular-shaped block bounded by W. Fond du Lac Avenue, W. Walnut Street, N. 16th Street and W. Vine Street. A 2019 request for proposals estimated that the project would be finished in December 2021.

The county will need to come up with a 20 percent local match for the grant.

The Kansas City Area Transportation Authority was the only other transit agency to receive a grant explicitly for roof replacement.

Between the two transit agencies, Wisconsin received $7.7 million in the funding allocation.

It’s at least the third federal grant awarded to MCTS this year.

As part of a $25 billion allocation to support transit systems during the pandemic as part of the federal CARES Act, MCTS received over $50 million.

In May, the FTA announced a $40.9 million funding commitment for the $54.8 million East-West Bus Rapid Transit line project. The 19-stop line would run from the site of the proposed The Couture tower on the lakefront and west on Wisconsin Avenue to Hawley Road, and then along Bluemound Road before snaking through the Milwaukee Regional Medical Center to a park-and-ride lot on N. Swan Boulevard. Approximately 46 percent of the route would contain dedicated, bus-only lanes. It is expected to start operating in 2022.