Activists say they've been ignored and left out of decision making.

By PrincessSafiya Byers, Milwaukee Neighborhood News Service - Aug 7th, 2020 10:29 am
Get a daily rundown of the top stories on Urban Milwaukee 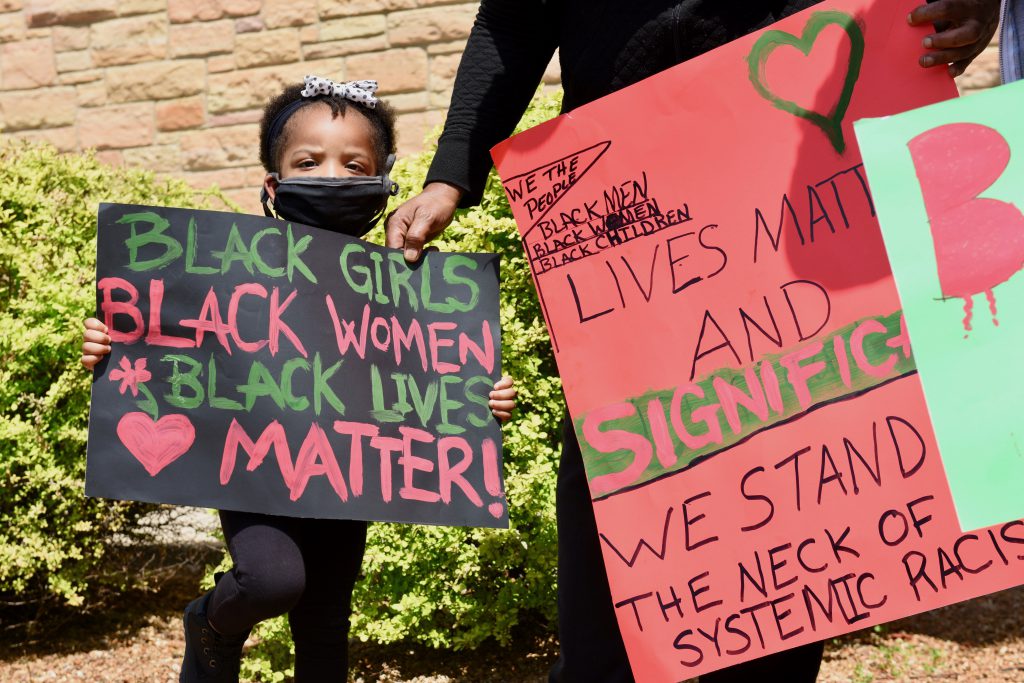 Participants gather at Parklawn Assembly of God Church in June. Some Black female activists in Milwaukee say they feel left out of the ongoing Black Lives Matters protests taking place throughout the city. Photo by Sue Vliet/NNS.

After spending time in Minneapolis watching protests unfold after the death of George Floyd, Annia Leonard returned to Milwaukee prepared to join similar marches in the city.

But the activist said she was met with resistance.

“Minneapolis was like a war zone,” she said. “Being there made me want to be louder about this issue, but when I attended protests in Milwaukee, there wasn’t space for me.” 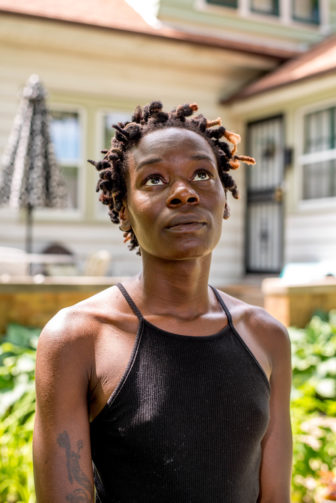 “Minneapolis was like a war zone,” says Annia Leonard. “Being there made me want to be louder about this issue, but when I attended protests in Milwaukee, there wasn’t space for me.” Photo by Will Cioci/Wisconsin Watch.

Over the past few months, Black women in Milwaukee have participated in protests – organizing, educating and advocating for change. Yet some told NNS they feel invisible in the movement.

Many said they feel left out of decision-making processes, leadership positions and the overall narrative of the importance of Black lives.

Leonard, for example, is a youth organizer with Uplifting Black Liberation and Community Vision, or UBLAC. UBLAC is a coalition led by Black women, trans people and queer people with the goal of Black liberation.

Despite her experience in activism and organizing, Leonard said, she still finds herself being ignored and pushed aside.

But this hasn’t stopped Leonard from attending as many protests as she can. She even helped plan the Black Women’s Emancipation March in June.

The case for inclusion

“When you start a movement about the importance of Black people and you don’t highlight all Black people, you limit how far that movement can go,” said Monique Liston, the chief strategist at Ubuntu Research and Evaluation, a Black women-led consulting firm for education, policy and advocacy.

Liston said she has experienced firsthand what it feels like to be invisible erased from a space.

“As an organizer, I’ve walked into spaces with all the necessary information and tools needed to proceed and have had to wait for my male counterparts to arrive to even be noticed,” she said.

The costs of invisibility

Those interviewed stressed that the impact of such incidents takes a toll.

“When Black women are not acknowledged in their work or lived experiences, or even in their death, it makes them seem easily disposable,” said Shavonda Sisson, the creator of the Love on Black Women Fund, a people-driven fund that supports Black women in need. 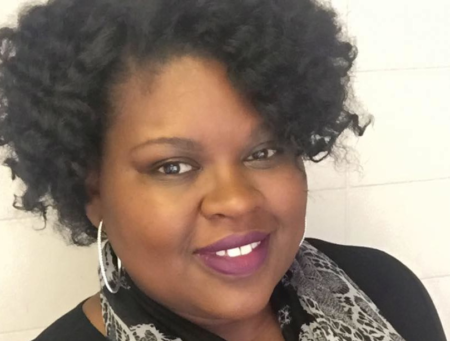 “When Black women are not acknowledged in their work or lived experiences, or even in their death, it makes them seem easily disposable,” says Shavonda Sisson, the creator of the Love on Black Women Fund. Photo provided by Shavonda Sisson/NNS.

Sisson used the death of Breonna Taylor as an example. Taylor, a 26-year-old African American emergency room technician, was killed by police in Louisville, Kentucky, in March.

“When Black men are murdered by police, there is immediate action, but that doesn’t happen for Black women,” Sisson said. “Breonna Taylor was brought into the conversation only after we rallied for George Floyd.”

Elle Halo, another activist, added: “When we start excluding groups, we miss imperative topics that need to be addressed.”

“We forget to address things like how HIV . . . domestic violence or incarceration are plaguing our communities.”

She said she sometimes fights to be included in male-dominated spaces.

“Me being able to wiggle my way into a space isn’t the same as having my voice heard or my opinion respected in that space,” she said.

“Black women and femmes are nurturers and caretakers,” Halo said, adding these attributes are “vital to any space that they are in.”

‘The power of Black women’ 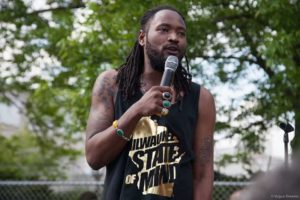 Ajamou Butler, the founder of Heal the Hood Milwaukee, an organization committed to healing communities through words and actions, said men have to do better.

“I understand the power of Black women because I literally wouldn’t exist without one,” he said.

Having Black women in leadership is a must, he said.

“I work with many young girls who have experienced trauma,” he said. “While I am qualified to deal with that, I have witnessed Black women do it better.”

Butler said men must do a better job in helping to ensure the voices of women are heard.

“We have to pay attention to when we are in rooms and there are no women there,” he said.

‘The movement belongs to no one’

Organizers all agree that for any movement to be successful, woman must be present—and appreciated. 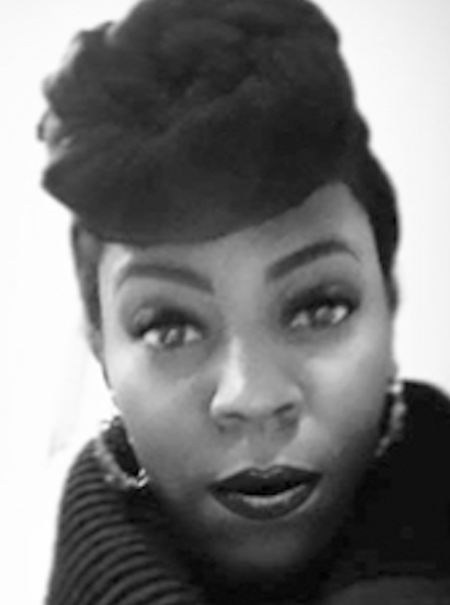 “Until we can sit down and collaborate with one another, we will not see the change we are hoping to create,” activist Camille Mays says. Photo provided by Camille Mays/NNS.

Camille Mays, a local activist and mediator, said she’s experienced being undermined in her role as an organizer.

“I had a male organizer tell me that the activist of the year award I won was a pity award,” she said. “I work every day doing this work, and my male counterparts don’t even see me.”

Mays said change can’t happen without all voices being heard.

“Until we can sit down and collaborate with one another, we will not see the change we are hoping to create,” she said. “We have to bridge the divided, put our egos to the side and work together.

“The movement belongs to no one,” she said. “We are all in this together.”