The west side of the river offers a lovely journey filled with bird song. 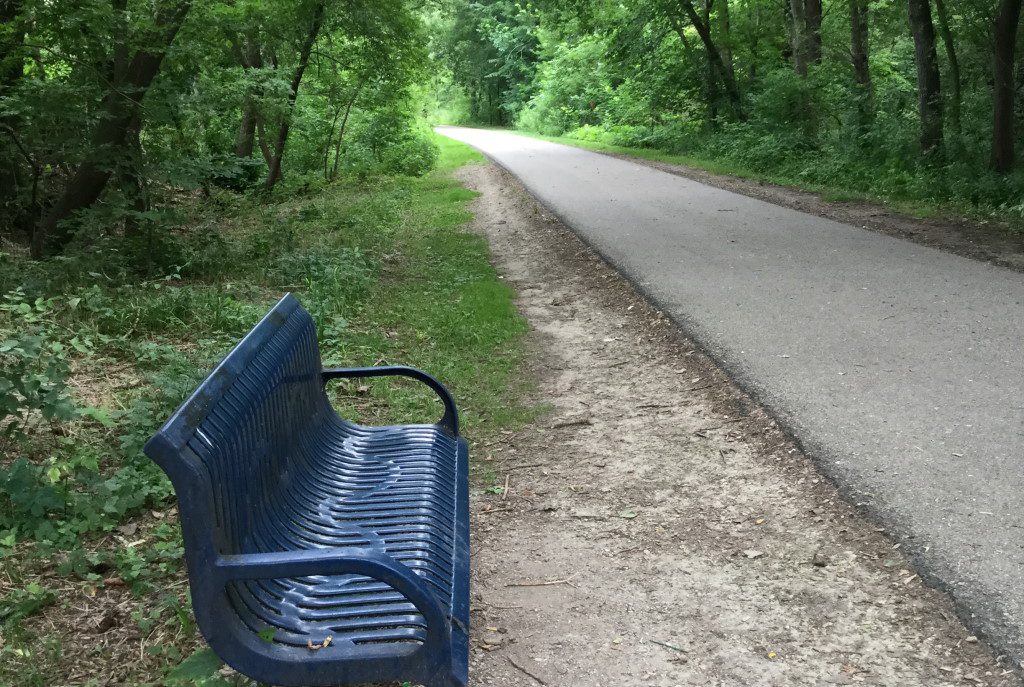 Distance: Two miles, the round trip to Gordon Park and back.

You know you are at the right place to start this Beerline Walk when you see the house with the green roof. That’s green as in living plants, not green shingles. This small building is the headquarters for the River Revitalization Foundation, an organization that has rehabbed the adjacent three acres, a project which includes significant prairie restoration.

This land, owned and managed by the Foundation is known as Turtle Park. Thanks to the Foundation, this former wasteland has been transformed. Volunteers removed Melanec’s Wheel House Mystery Dinner Theater along with its concrete parking lot, and the area is now filled with native grasses and flowers.

A canoe/kayak launch, picnic tables, benches, access points for fishing, a demonstration garden, and a never-ending project to eliminate invasive species, has been accomplished by Foundation staff and countless volunteers. In the past ten years, those volunteers have planted hundreds of native plants and trees, and with this habitat restoration, have created a lovely small riverside park.

The early history of the Beerline Trail dates back to the 1800s and a canal championed by Byron Kilbourn, intended to connect Milwaukee via the Rock River, and the Illinois River, to the mighty Mississippi, and on to the Gulf of Mexico. Only 1.25 miles of this fiasco were completed, from Pleasant Street to Humboldt Avenue. It soon turned into a stagnant ditch and after the city filled it in, in 1864, it became known as Commerce Street. When you see the multiple condos on Commerce, it’s hard today to picture that stagnant ditch, once headed to the Mississippi.

Kilbourn, not easily discouraged, moved on to the business of railroads. In Cream City Chronicles John Gurda wrote, “He (Kilbourn) founded not one but two railroad companies, including a line that paralleled the first leg of his canal. Because it served both the Schlitz and the Pabst breweries, the route was known as the Beer Line.” The railroad continued along the west bank of the Milwaukee River through Riverwest.

To start this walk, take the gravel path from the Foundation headquarters to the end of Riverboat Road. You will pass picnic tables, canoes and kayaks, the Kiwanis boat launch, and a foot bridge across the river. If you cross the Milwaukee River on this pedestrian bridge, you can continue north on the path on the east side of the river to the Urban Ecology Center. There you can connect with the Oak Leaf Trail and continue until your legs or your shoes give out, whichever comes first.

Or, you can continue on the gravel path close to the river on the west side. If you select that route, after about a half mile, look for the log steps on your left. At the top of the steps, you can leave the dirt path and rejoin the paved Beerline Trail, or continue straight to Wright Street where you can exit the trail and check out The Gig bar, a convenient watering hole on a hot day. A second choice, Gee Willickers, is nearby on Dousman.

But if you want to finish this Riverwest Beerline Walk, take the paved Beerline Trail that veers left from the gravel path close to the North Avenue bridge and heads uphill. Don’t be confused by the Oak Leaf Trail sign. This is also the Beerline Trail. From here, the paved trail continues to Gordon Park.

Enjoy this gentle forested trail with its occasional views of the city and the river. Five benches along the way offer places to sit and listen to the water, the bird songs, the sounds of the breeze in the grasses. Take it slowly. You will be rewarded with a delightful interlude on this leisurely walk.

At the park, do an about face and return to where you started, down the hill from Stubby’s Gastrogrub, where, as the name suggests, you can down a cold one and some pub grub. And while you drink, contemplate this quotation:

If the southern states had not seceded, there would have been no Civil War. If there had been no Civil War, it would not have been necessary to impose a one-dollar tax on whiskey, doubling the price charged in Milwaukee saloons. If Milwaukee’s thrifty saloon patrons had not sought to counteract this inflationary trend, they would not have switched to beer, the breweries would have continued to be small family operations, making only enough to supply the neighborhood trade. And if Milwaukee had not become famous for its breweries-but that is too humiliating to contemplate

–Robert W. Wells, This is Milwaukee 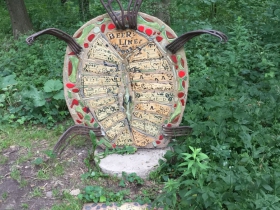 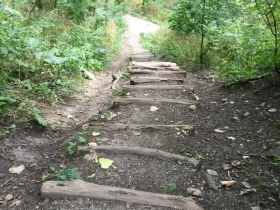 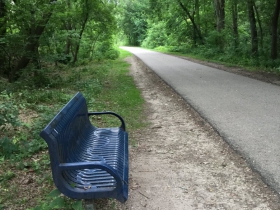 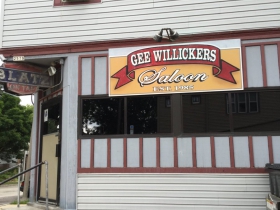 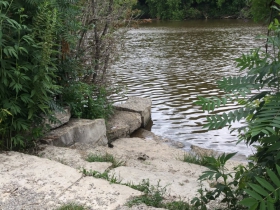 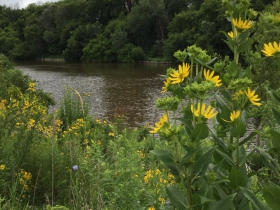