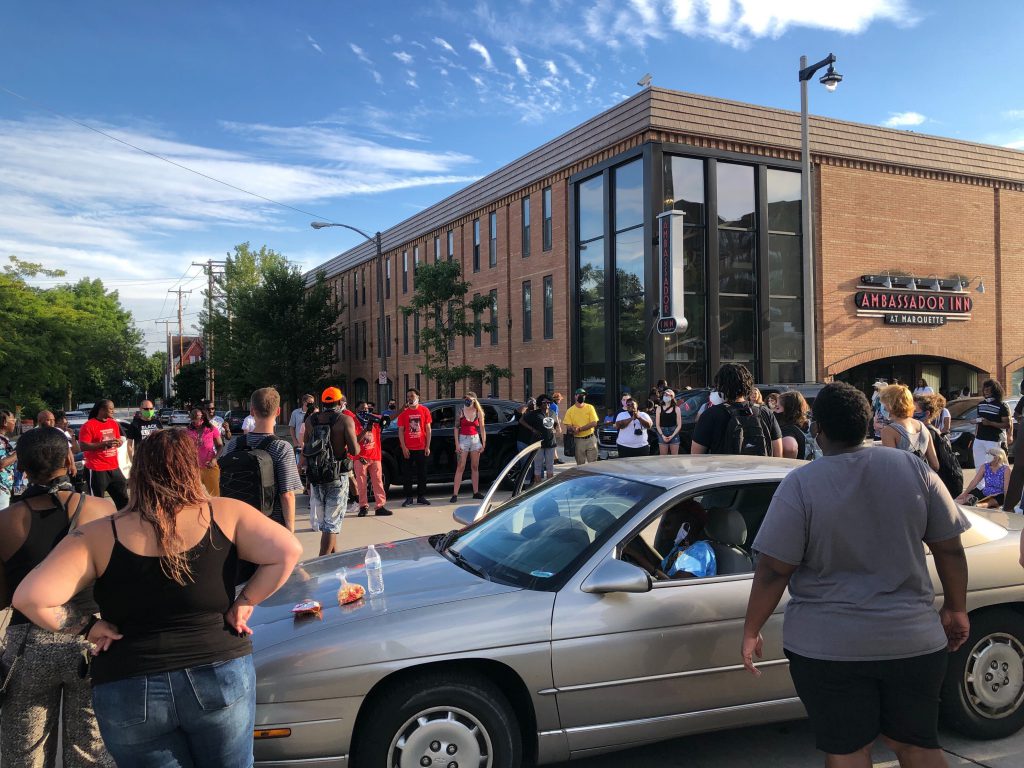 Marchers gather at 23rd and Wisconsin in honor of Ernest Lacy. Photo by Jeramey Jannene.

Protesters belted out a modified version of Archie Eversole‘s 2002 hit “We Ready” as they marched into Washington Park Wednesday night.

The Lacy family awaited them. They’ve been ready for change since 1981.

It was the 62nd day of marching in Milwaukee following the killing of George Floyd by a Minneapolis police officer. And the family had gathered to mark what should have been Ernest Lacy‘s 62nd birthday. But Lacy died at the hands of a Milwaukee police officer in 1981 at the intersection of N. 23rd St. and W. Wisconsin Ave. The several dozen protesters that greeted Lacey’s family had just left the intersection where he was was killed.

Lacy and Floyd’s death have similarities. Both were Black men who died in police custody for non-violent offenses, Lacy a case of mistaken identity. Both deaths occurred while other officers looked on. Both sparked protests, with Floyd’s death becoming an international flashpoint.

Lacy was helping a friend paint an apartment on July 9th, 1981 when the friends left to walk to a convenience store for food. Three Milwaukee Police Department officers stopped Lacy and said he fit the description of a rape suspect. Eyewitness accounts differ on what happened next, but Lacy ended up handcuffed with his arms behind his back. Witnesses said an officer pushed a knee into Lacy’s back. Placed into a police van, an individual put into the van from a separate incident told officers Lacy wasn’t breathing. An ammonia capsule placed under his nose generated no response. The medical examiner said Lacy died from a lack of oxygen.

The police department later arrested, and a jury convicted, the rapist. Lacy didn’t have any involvement in the incident. One officer was ultimately fired and four were suspended. The state adopted Lacy’s Law, which calls for officers to provide medical attention to those asking for it.

Myrtle Lacy, Ernest’s mother, is happy to see the continued push for justice. “When I see multiple generations, I realize Ernest’s death wasn’t in vain,” said Myrtle in an interview with Urban Milwaukee. “I think it’s wonderful and I think it’s needed.”

The Lacy family wants to see Lacy’s Law adopted by other states, and they want to see officers practice it. “I want police officers to get better training,” said Myrtle. “We have police officers in our family. They’re not bad people.”

Ernest’s sister Alyce Lacy said Ernest was one of seven siblings, but only four are surviving. She said the grief from Ernest’s death contributed to the deaths of two of her other siblings.

She’s hopeful change will come. “It’s not a coincidence,” said Alyce that Ernest’s 62nd birthday lines up with the 62nd day of protests.

Ernest’s brother Cecil Lacy joined the march at 23rd and Wisconsin, encouraging the protesters to keep pursuing justice. He was one of several people wearing a red shirt with a photo of Ernest on the front and a description of Lacy’s Law on the back.

Myrtle told Urban Milwaukee the day provided her a chance to reflect on the good her son brought to the world. She recounted receiving a letter in the mail from a white woman following Ernest’s death. Having seen Ernest in the newspaper, the woman recounted how Ernest helped flag down a bus outside Boston Store. The woman, according to Myrtle’s recounting of the letter, said she initially thought Ernest was robbing her when he demanded her bags, but learned he was a good Samaritan helping her get aboard the bus. “I thought about the goodness that he touched somebody,” said Myrtle.

Myrtle’s great-grandson True Barry, six, attended the Washington Park gathering and told Urban Milwaukee he wants to be a police officer when he grows up. A student at Milwaukee Public Schools‘ Allen-Field Elementary School, Barry said he wants to help people.

Wednesday’s march was attended by others who have lost family members at the hands of Milwaukee police officers, Sedan Smith, brother of Sylville Smith, and Maria Hamilton, mother of Dontre Hamilton. Protesters also called out the names of Alvin Cole, Jay Anderson and Antonio Gonzales. All three were killed by Wauwatosa police officer Joseph Mensah in a period of five years. Mensah was not disciplined in any incident, but was recently suspended following many protests in the Milwaukee suburb. 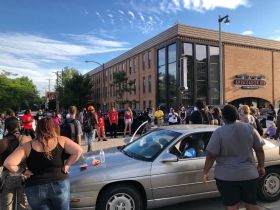 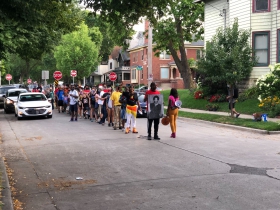 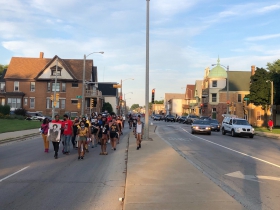 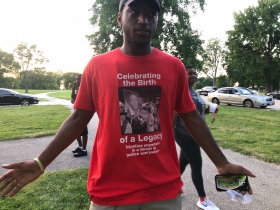 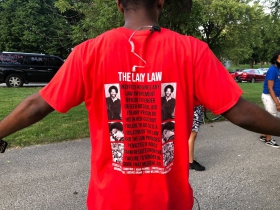