Not Many Workers Needed at Miller Park

Opening Day is July 31, but with no fans allowed, few workers needed.

By Megan Hart, Wisconsin Public Radio - Jul 22nd, 2020 10:02 am
Get a daily rundown of the top stories on Urban Milwaukee 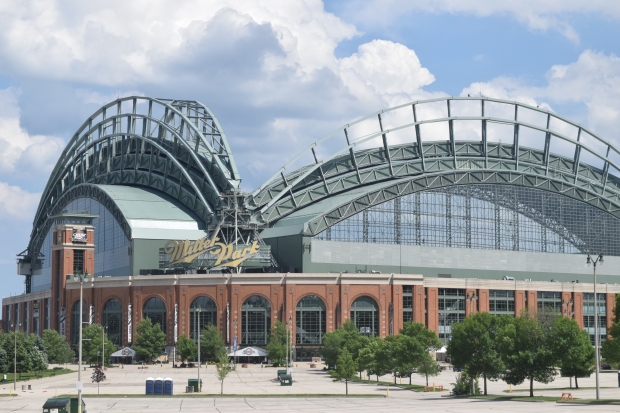 When the Milwaukee Brewers host their first home game of the season on July 31, Marcie Kren will be watching on television.

Kren started working as a game day cashier for the Brewers back when they played at Milwaukee County Stadium. This was going to be her 22nd season in the role, but now it’s unclear whether her services will be required.

After months of uncertainty, Major League Baseball is set to open its season Thursday. The league advised teams not to welcome fans for at least the first two weeks of the season as a precaution amid the coronavirus pandemic. Without fans, Steve Ethier, the Brewers’ head of stadium operations, said very few game day workers will be required.

Kren is one of about 1,000 game day workers at Miller Park. In April, the team created a relief fund to help employees affected by the pandemic. For some game day workers, however, their passion for their job outweighs the money, said Jerry Mittelsteadt, a guest services supervisor who’s been with the team more than 20 years.

“We have very little turnover in our staff,” he said.

If Kren sits out this season, she’ll miss seeing her colleagues, some of whom she’s worked with for decades, she said.

“When opening day comes, it’s so exciting when you get to come and see friends that you haven’t seen for six months,” Kren said.

A small number of game day workers will be required to ensure player safety, Ethier said. For those who are called in, things will still be different.

Mittelsteadt, for example, will miss seeing the kids who attend games with their families, he said.

“Their eyes open up when they come through that gate. I’m getting a chill right now just thinking about it,” he said.

For the last couple of weeks, Mittelsteadt has been overseeing the team store. It’s clear fans are ready for baseball to return, even if they can only watch it on television, he said.

“So many people are coming into that store and you can tell they’re just dying for baseball, and I think that’s going to be very important because they love this sport, and they love the town,” he said. 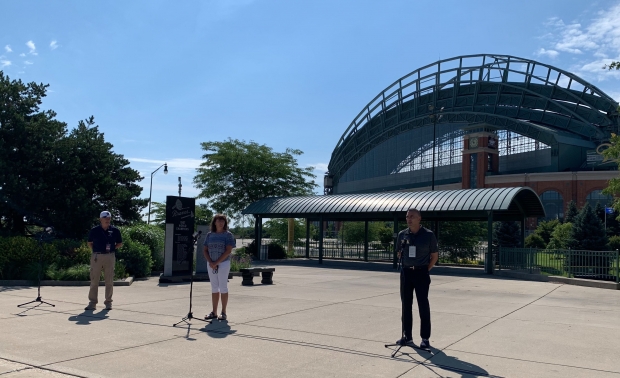 Though the Brewers will open their season in an empty stadium, having fans at games this season isn’t off the table, despite Wisconsin’s recent surge in coronavirus cases. Ethier said he’s hopeful wearing masks, social distancing and proper hygiene can help change the pandemic’s trajectory.

A decision on if or when fans can return will likely come down to guidance from Major League Baseball and local health officials, he said. For now, the team is preparing for the possibility.

“We’ll create two-way traffic on the concourse and capacity in restrooms and team stores, and of course seating will be abiding by social distancing,” he said.

In the meantime, Kren will be helping to ensure opening day returns to normal next year.

“I’m going to do everything I can — wear my mask, follow the rules. I want to be back in the ballpark,” she said.

‘I Want To Be Back In The Ballpark’: Miller Park Workers Share Uncertainty Amid The Pandemic was originally published by Wisconsin Public Radio.