A local non-profit will convert an unofficial trail on private land into a new public trail. 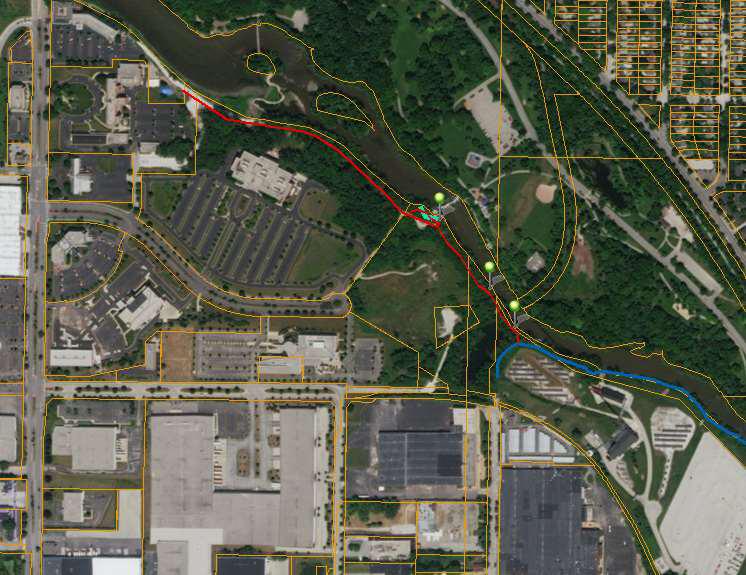 A local non-profit is expanding public access to the Milwaukee River Greenway, which has hundreds of acres of green space and parkland along the river.

In Glendale, at the Estabrook Corporate Park, there is an unofficial trail tramped down along the western bank of the river. It’s directly across the river from Estabrook Park and the beer garden there, in the area of former Estabrook Dam.

For years, it was used, though it was never officially open to the public. Thanks to easements from the property owners in the area, the River Revitalization Foundation has made the path a legal trail for the public. And it will design and construct new features and upgrades to it in the coming year.

The trail runs north to south along the river from W. Hampton Avenue to E. Capitol Drive. In a statement the foundation said the new trail will provide a “critical link” to a 12-mile-loop of trails along the Milwaukee River.

The foundation will monitor and maintain the trail, said Kimberly Gleffe, executive director of the foundation. Her organization has done this sort of thing in the past. Both the Beerline Trail and the East Bank Trail were developed by the foundation, then later conveyed to the Milwaukee County Parks system.

Artist Tom Queoff will use pieces of the former Estabrook Dam to produce a public art installation along the trail, the details of which are yet to be released.

The easements for the trail come from Cardinal Capital Management, Ascension Health and Caddis Healthcare which together own the property in the corporate park. Those easements will connect to a trail thanks to an easement from Milwaukee Area Technical College, provided in 2013.

While the improvements to the trail will take at least a year to design and construct, the existing trail is already open to the public.