45-Day COVID-19 Hospitalization High, But Only One Death

30-day death rate as low as it has been since outbreak began.

For the tenth time in 11 days, the Wisconsin Department of Health Services reported that over 750 people were newly confirmed to have COVID-19. Prior to the stretch, the state had never recorded over 750 cases in a single day.

Data released Sunday afternoon by DHS shows that 830 new cases were detected in the past 24 hours from 8,089 positive tests.

The positive case rate, the percentage of tests showing a positive result, was 10.26 percent, the highest percentage reported in 15 days.

The seven-day and 14-day positive case rate averages are 7.03 and 6.81 percent. The latter figure has climbed from an outbreak low of 2.69 percent on June 19th.

A total of 4,107 people have now been hospitalized as a result of the disease, with 25 newly hospitalized in the past 24 hours.

Hospitalization rates vary tremendously by age of those infected. An average of 10 percent of positive cases require hospitalization, but that figure ranges from two percent for people under 20 to 45 percent people ages 80 to 89.

“The danger is that these transmission networks are going to continue until they get to older folks,” said Dr. Ryan Westergaard, Chief Medical Officer of the DHS Bureau of Communicable Diseases in a press briefing two weeks ago.

State data indicates that could be happening. While 63.7 percent of cases in the past 30 days have been in individuals under the age of 40, only 55.1 percent in the past week were.

The evolving transmission network comes as the state just reported its highest one-week case total with 5,867 new cases, 996 cases higher than the next biggest week. Testing is up recently, with 83,417 tests processed in the past week, but that’s below the seven-day record-high of 85,858 set June 2nd through the 9th when 2,391 new cases were reported.

And while 10 new deaths were recorded yesterday, only one was reported in Sunday’s data release. The statewide death total stands at 844. An average of 3.8 deaths per day have been recorded over the past 30 days, the lowest total since the pandemic took hold in Wisconsin.

A total of 42,315 people have tested positive for the disease since the outbreak began with 18,161 in the past 30 days and 5,867 in the past week.  DHS reports that 77 percent of individuals with a confirmed case have “recovered,” as defined by a documented abatement of symptoms or a diagnosis over 30 days ago. The percent fell from a high of 79 as a surge in new cases has been reported.

For more on how the gap between Milwaukee and the rest of the state continues to grow, see our coverage from Thursday.

There are currently 977 ventilators and 302 intensive care unit (ICU) beds available across the state according to the Wisconsin Hospital Association. Since the data became publicly available on April 10th, WHA has reported an average of 946 ventilators and 386 ICU beds as available. 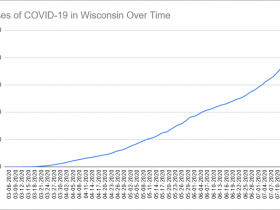 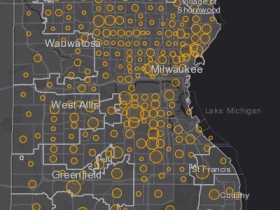 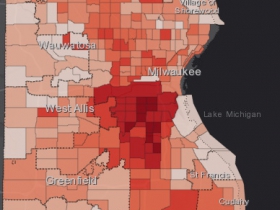 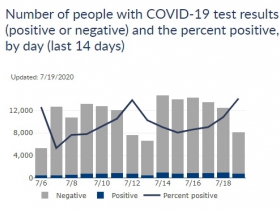 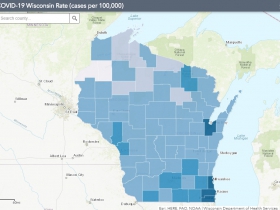 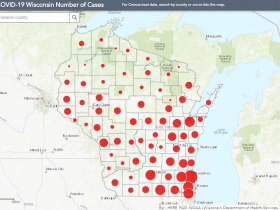 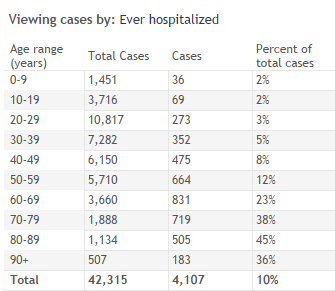