Voters 18 to 29 will have more influence on presidential race here than any other state, study finds.

By Elizabeth Dohms-Harter, Wisconsin Public Radio - Jul 13th, 2020 11:25 am
Get a daily rundown of the top stories on Urban Milwaukee 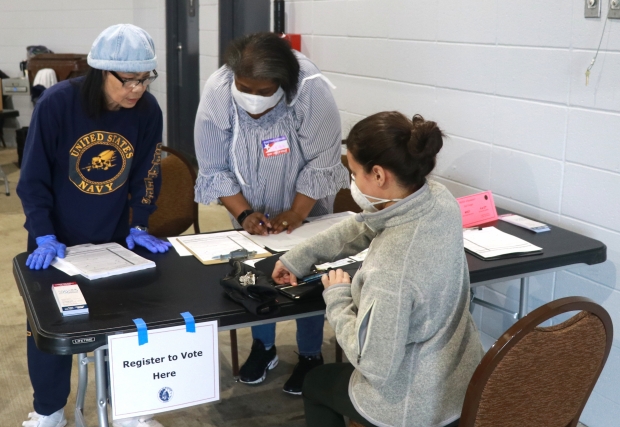 Wisconsin is the state where young voters will mostly likely have the strongest impact on the state’s 2020 presidential election, according to data analysis released by a Massachusetts research group.

The 2020 Election Youth Electoral Significance Index, produced by the Center for Information and Research on Civic Learning & Engagement at Tufts University in Massachusetts, predicts that voters ages 18 to 29 will have more influence on the presidential race in Wisconsin than in any other state. That’s due in part to a strong record of youth participation in the past, and to how close the election was in 2016.

“We’ve gathered and analyzed data from many different places and put them into a model, and Wisconsin came out No. 1. And it’s not surprising,” said Abby Kiesa, the center’s director of impact.

“We have ongoing structural issues in our democracy with how our democracy includes or doesn’t include people new to it,” she said.

“We live in a diverse democracy, and we cannot be OK with an electorate that doesn’t represent the diversity of the United States. And it doesn’t,” she said.

The biggest challenge is access to voting, Kiesa said. Whether they’re not voting because of voter ID laws, unclear directions, or changes to laws and rules, LIT and other organizations are trying to make sure young people get informed on the election, are registered to vote and know how to request and turn in an absentee ballot.

“We are making sure that in everything that we do, we’re developing the next wave of Wisconsin leaders, activists, organizers and elected officials,” she said.

The University of Wisconsin-Madison is among a few universities in the state making a push to help its students get out and vote by continuing its involvement in the nationwide All In Campus Democracy Challenge.

Kathy Cramer, a political science professor at UW-Madison who heads a campus organization charged with helping educate voters, said the university recently renewed its participation in the challenge, which it joined in 2016.

The challenge has about 1,000 higher education institutions from across the country competing to see who can get the highest voting rates and registrations.

Cramer said the competition fits well with the university’s mission to ensure that democracy persists.

“There is a feeling among a lot of students, regardless of where they’re from, that their voices aren’t heard in the political process,” she said. “Election season is a great time to step up and make sure that your voice is going to be heard.”

Report: Young Voters To Have Big Impact On Presidential Election In Wisconsin was originally published by Wisconsin Public Radio.