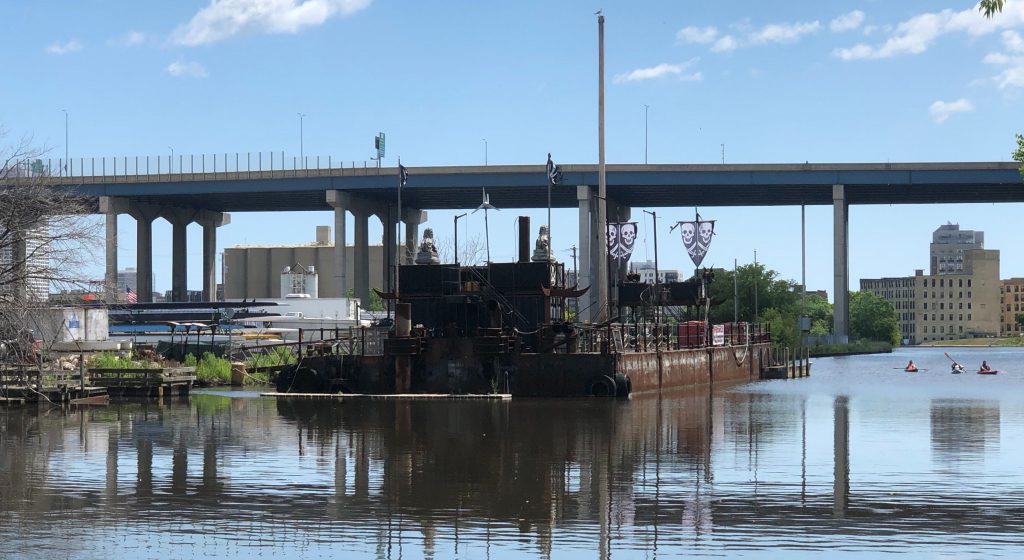 A one-of-a-kind vessel is for sale.

A 6,000-square-foot barge is being auctioned online by Wisconsin Surplus. And while a barge alone isn’t likely to make headlines, especially one with “minor leaks,” the contents are notable.

Known as the “pirate barge,” the vessel, docked in the Menomonee Canal, was originally built in the 1920s. It was expanded in the 1960s from its 32-feet by 11-feet configuration to 40-feet by 150-feet. But it was in the past two decades that the vessel earned its nickname.

The barge, you see, is equipped with two fire-breathing dragon heads, numerous Jolly Roger pirate flags and six pirate torches. It also has a spiral staircase, two high platforms, two Chinese guardian lion statues, a large projector screen for movies and a whole lot of space to throw a party, rally your crew before attempting to hijack the Lake Express High-Speed Ferry or commit some other skulduggery on the Great Lakes. Others have caught it being used to launch fireworks on July 3rd.

Unfortunately, much of the pirate equipment, including the fire-breathing dragons, is scheduled to be removed prior to the sale. Aargh.

At the time of publication, the high bid was $100.

“Inspections are highly encouraged,” reads the listing. One must make an appointment as the only way by land to get to the barge is by going through the We Energies Valley Power Plant’s secured campus.

The auction website includes dozens of photos and a video of the barge in its current form.

Bidding closes on July 21st. The barge is sold in “as is” condition and bidders must relocate the vessel by July 28th. 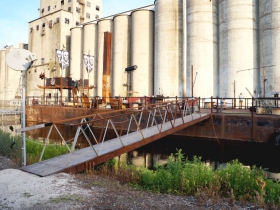 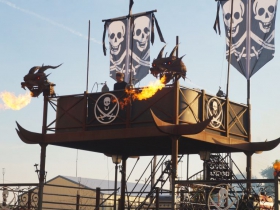 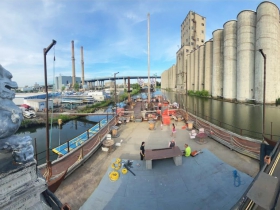 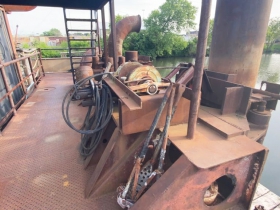 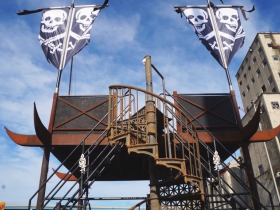 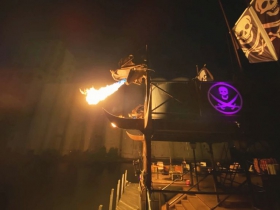