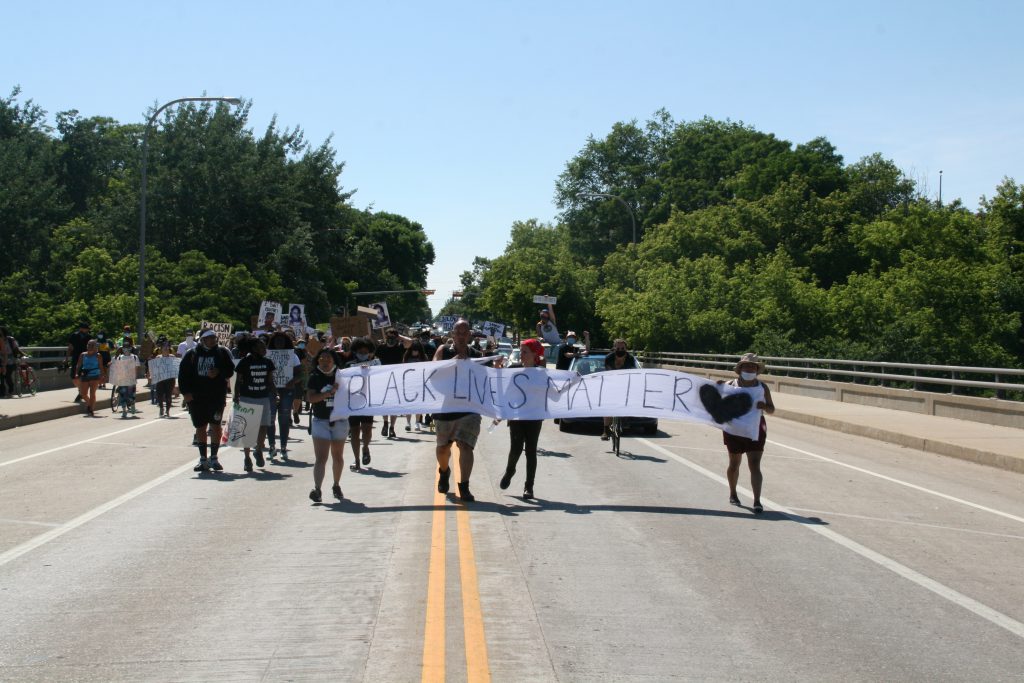 Have you ever had the urge to really, really tell off your boss in a letter? How about getting 178 of your colleagues to sign it — and to actually publish it as a “Declaration of Independence”?

Periscope was bought in November 2018 for $132.5 million by Quad (formerly Quad/Graphics). Based in Sussex, Wisconsin, Quad is a 19,000-employee, NYSE-listed printing company founded in 1971 by Harry Quadracci.

Since 2006 the firm has been headed by his son, J. Joel Quadracci, who bears the titles of Chairman, President and Chief Executive Officer. In early June, Periscope staff allege Quadracci struck the term “Black Lives Matter” from a statement the firm drafted for release, and restricted Periscope staff from using the term. Staff protested that “Black Lives Matter” had been embraced by other firms.

Last Wednesday, 13 members of the staff walked off the job in protest, leading to the entire staff doing the same on Thursday, when the Declaration of Independence was released. It was signed by all members of staff and management, with the exception of Eric Ashworth, brought in from Quad as Interim President in January. His last day on the job, previously announced, was Friday.

The statement accused Quadracci and Quad management, including Ashworth, of failing to follow through with reforms in the wake of the George Floyd killing, a Minneapolis police murder that spawned a worldwide movement:

For four weeks, the leadership at Quad has prevented Periscope leadership and staff from expressing our beliefs as an agency and taking the urgent action necessary to address systemic racism.

On June 4th, Joel Quadracci issued a video statement saying that the murder of George Floyd and the resulting protests were a “wake-up” call, and that “it’s not going to get better until people like me, in my position, who think we do a lot to address the issue understand that a lot is not enough.” He pledged to do more and do better. Days later, he struck the words Black Lives Matter from a statement drafted by Periscope for release.

Black Lives Matter is not a political statement — it is a fact. And to deny that basic fact, for any reason, is not just wrongheaded, it is morally reprehensible.

Yesterday, 13 of our staff walked off in protest to stand for what they believe in. Today, the rest of the agency is walking off in solidarity with them, as we no longer have confidence in our interim President’s ability to lead our agency and represent our values.

As an agency, we have prided ourselves on our fierce independence. Since our acquisition, we have lost that independence. Today, we are reclaiming it.

We will never again compromise our values as an agency to make our parent company feel comfortable. Their actions and inaction have had an irreversible impact on our colleagues of color and we regret that we did not take stronger action sooner to right this wrong.

On Monday, our new President Cari Bucci-Hulings will take on the unenviable position of leading an agency that is deeply wounded and mistrustful of the management decisions of our parent company. She has the full support of all Periscope employees including the 13 who walked off yesterday. We are hopeful that Monday will mark a new chapter for Periscope: one where we move past doing things people love and start doing better.

In response, Joel Quadracci apologized, and promised increased hiring of minorities throughout Quad:

“In recent days our Periscope colleagues have made it clear that we as a company failed to act with the urgency, transparency and sensitivity required on this important social issue, and we agree. Quad can and will do better as we move forward on this journey together. Unfortunately we were slow to communicate our position so, today, I want to unequivocally confirm that Black Lives Matter and apologize for any pain I may have caused our employees, clients and others for not explicitly stating this fact sooner. I am sorry.”

Quad is located at N61 W23044 Harry’s Way in Sussex, with its 95 percent white population, and miles away from Periscope’s downtown Minneapolis headquarters, which is three miles from the site of the Floyd murder.

These are troubling times for printers like $3.92 billion 2019 revenue Quad, which operates 39 plants in the US alone, and conducts significant international business as well. Fewer people are buying print magazines, the firm’s bread-and-butter product since its founding. And those magazines it does print (including Milwaukee Magazine, which it owns) are much slimmer than in the past, due to a loss of advertising for clients of firms like Periscope.

As a result, Quad now calls itself “a leading marketing solutions provider.” In its announcement of the Periscope acquisition, the firm released this statement:

The business combination will create a highly efficient global platform for creating marketing campaigns and programs – from strategy and creative through execution – across all media channels. … “We are redefining the future of integrated marketing at a time of substantial disruption when clients are looking for less complexity, greater transparency and accountability from their business partners,” said Joel Quadracci, Chairman, President & CEO of Quad/Graphics.

Quad/Graphics, as it was then called, became a publicly traded company in July 2010 and its stock hit a high of nearly $49 in September of that year, only to plummet in value to less than $9 in 2016. Over the last year the Quad stock has ranged from $12 to $2 a share, and hovers at about $3.23 in current trading — about one-fifteenth of its value ten years ago. Joel Quadracci holds about 173,880 shares of the stock, and has sold some $22 million of it in recent years. His compensation since 2016 has been flat, though vastly more than the average company employee.