His first action is gathering input from UW System faculty, staff, students and members of the public.

By Rich Kremer, Wisconsin Public Radio - Jul 2nd, 2020 02:09 pm
Get a daily rundown of the top stories on Urban Milwaukee 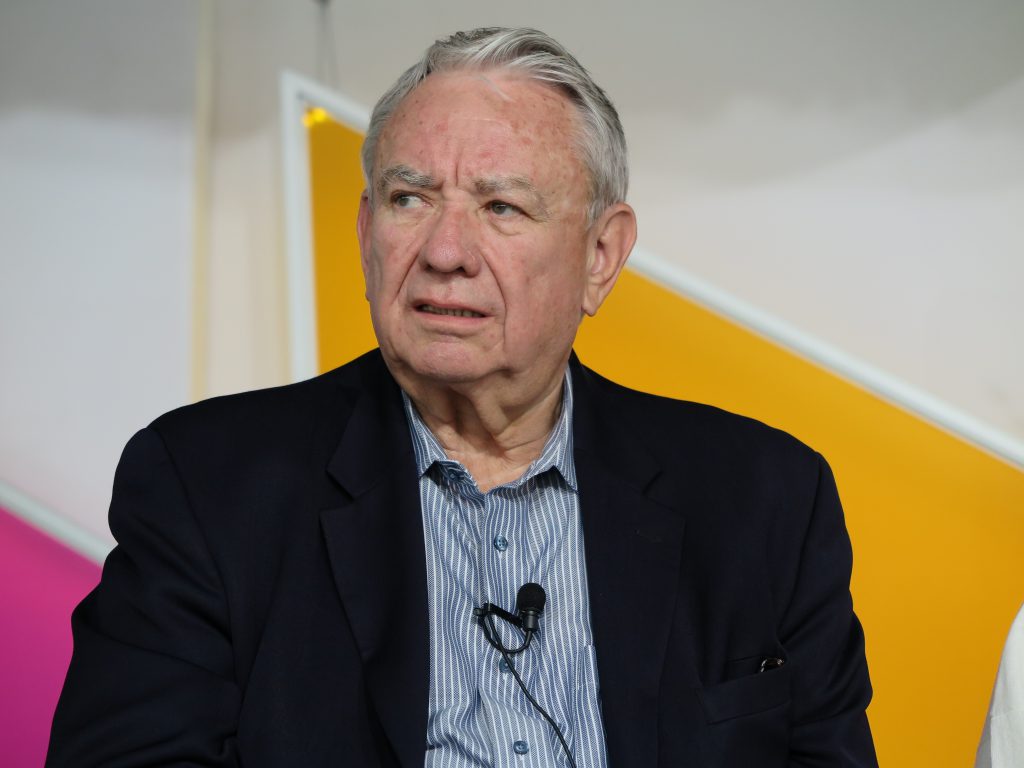 Former Wisconsin Gov. Tommy Thompson has officially begun his term as the interim president of the University of Wisconsin System.

On Wednesday, his first day, Thompson launched an effort to collect public input called the “Listening Post,” seeking suggestions for the state’s 26 campuses from faculty, staff, students and members of the public.

Thompson’s inaugural message to the UW System came via a 40-second video. In it, he said there is no greater asset for improving the quality of life of Wisconsin citizens and communities than the UW System.

“I’m going to be its biggest advocate, cheerleader and also its toughest evaluator to make sure we’re doing the job correctly,” said Thompson. “And we are going to need your help to be able to give us your ideas, and we will become the listening post.”

The Listening Post is essentially an online form for sending comments, questions and suggestions regarding the UW System. The website states that, “Tommy Thompson will respond to your input in ‘Two minutes with Tommy,’ an ongoing conversation with Wisconsin.”

Jon Shelton is a UW-Green Bay associate professor of democracy and justice studies, and vice president for higher education with the American Federation of Teachers-Wisconsin labor union. He said while he doesn’t agree with some of the policy platforms Thompson championed during his four terms as governor from 1987 to 2001, he feels that Thompson knows the importance of funding the UW System and ensuring it serves the state.

Shelton also said it’s possible that Thompson’s connections at the federal level could help in securing federal aid for universities suffering heavy financial losses due to the COVID-19 pandemic.

Shelton welcomed Thompson’s inclusive approach, which he said was lacking during the past decade when the UW Board of Regents was dominated by appointees of former Gov. Scott Walker.

“A lot of faculty and staff have felt like they haven’t had people at the system level really listening to their concerns,” Shelton said. “So I think this is a really good step in the right direction.”

Shelton said it’s equally important that Thompson plans to act on the input he receives.

The news that Wisconsin’s longest-serving governor would take over as temporary head of the UW System came just after a controversial search for a replacement for outgoing UW System President Ray Cross failed in June when the sole finalist named for the job pulled out.

Rutgers University assistant research professor Kristoffer Shields said it’s not altogether uncommon for ex-governors to make the move to higher education. Shields is a historian at the Eagleton Center on the American Governor, and points to states like Michigan, California and Maine as having former governors leading state universities and university systems.

Shields said bringing years or even decades of political experience to higher education has its benefits.

Shields said name recognition is also important when heading a large system of colleges and universities. He said with current and looming financial crises in higher education caused by COVID-19, presidents are going to have to make unpopular decisions.

“Any kind of credibility or goodwill that you bring into the job with you is, I think, a good thing,” Shields said.

Thompson’s appointment, which began July 1, will continue until the Board of Regents begins a new search for a permanent head, which isn’t expected to happen for at least one year.