By Rich Kremer, Wisconsin Public Radio - Jun 16th, 2020 10:51 am
Get a daily rundown of the top stories on Urban Milwaukee 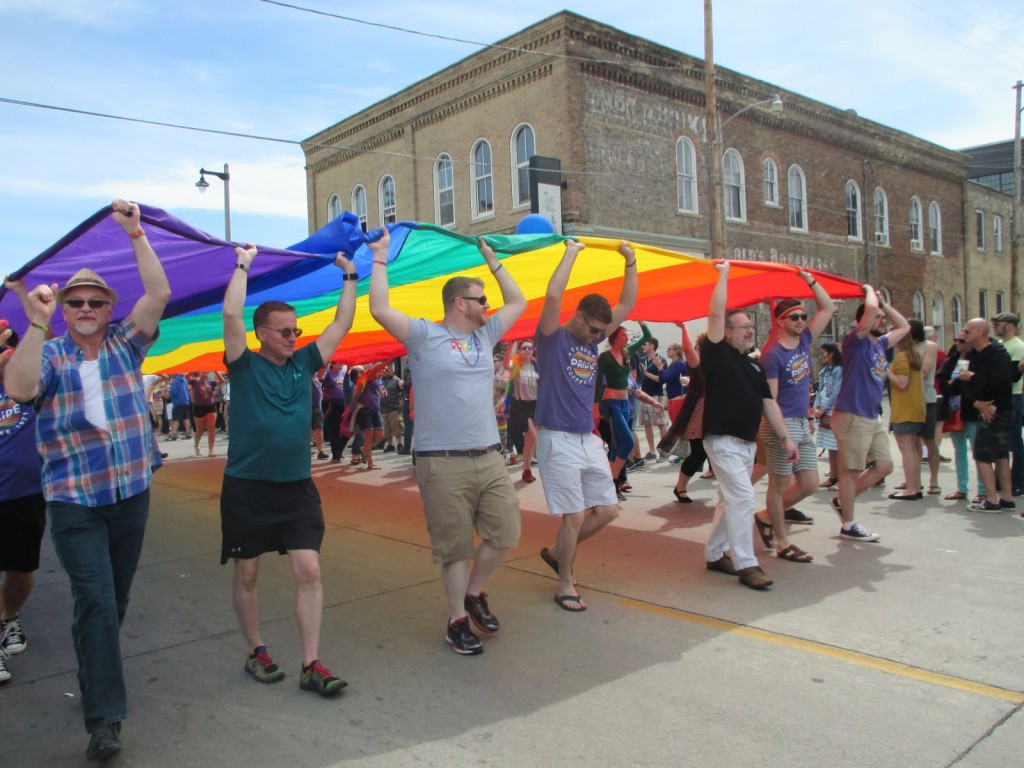 LGTBQ advocates in Wisconsin are celebrating a U.S. Supreme Court decision that bars employers from discriminating against employees based on their sexual orientation or gender identity, while conservative groups say the ruling will force business owners to choose between their livelihoods or their religious liberty.

In a 6-3 ruling, the nation’s highest court ruled that the 1964 Civil Rights Act’s Title VII protections against workplace discrimination based on sex also apply to gay, lesbian and transgender individuals.

Justice Neil Gorsuch, appointed by President Donald Trump in 2017, wrote the court’s majority opinion and said questions about whether the authors of the Title VII protections only meant to define “sex” in the statute as biological male or biological female are irrelevant.

“The answer is clear,” wrote Gorsuch. “An employer who fires an individual for being homosexual or transgender fires that person for traits or actions it would not have questioned in members of a different sex.”

“It was as clear as clear could be that this meant discrimination because of the genetic and anatomical characteristics that men and women have at the time of birth,” wrote Alito.

Megin McDonell, the executive director for LGTBQ rights advocacy group Fair Wisconsin, hailed the court’s action as a “landmark moment” for the LGBTQ community in Wisconsin and across America.

“And it’s very, very important that it does include not just sexual orientation, but gender identity and expression, which is a huge area where, you know, legal protections and legal rights are sorely lacking,” said McDonnell.

But despite what she calls a clear victory, McDonell said activists still have a lot of work to do in advocating against discrimination faced by LGBTQ people of color and improving access to public facilities for transgender and non-binary communities.

“You know, we hear a lot of talk about restrooms and locker rooms and things like that,” McDonell said. “Students — there are some Title IX issues still out there. Religious exemptions, access to sports has been another issue with students.”

But conservative groups like Wisconsin Family Action see the Supreme Court’s ruling as a loss for business owners with personal or religious-based objections to the LGBTQ community. President Julaine Appling called the decision legislating from the bench.

“Well, first of all, I think that the decision today was egregious in that these justices basically took on themselves the right to legislate. The court doesn’t have the right to change the meaning of the word sex and that’s what they did,” said Appling.

Appling said no business owner should have to choose between their livelihood and violating their conscience or religious beliefs.

“Business owners all across this country are going to have a very rough time, in my opinion, determining next steps on how they conduct their business and still maintain their conscience rights and their religious freedom,” Appling said.