Streets Belong to the People 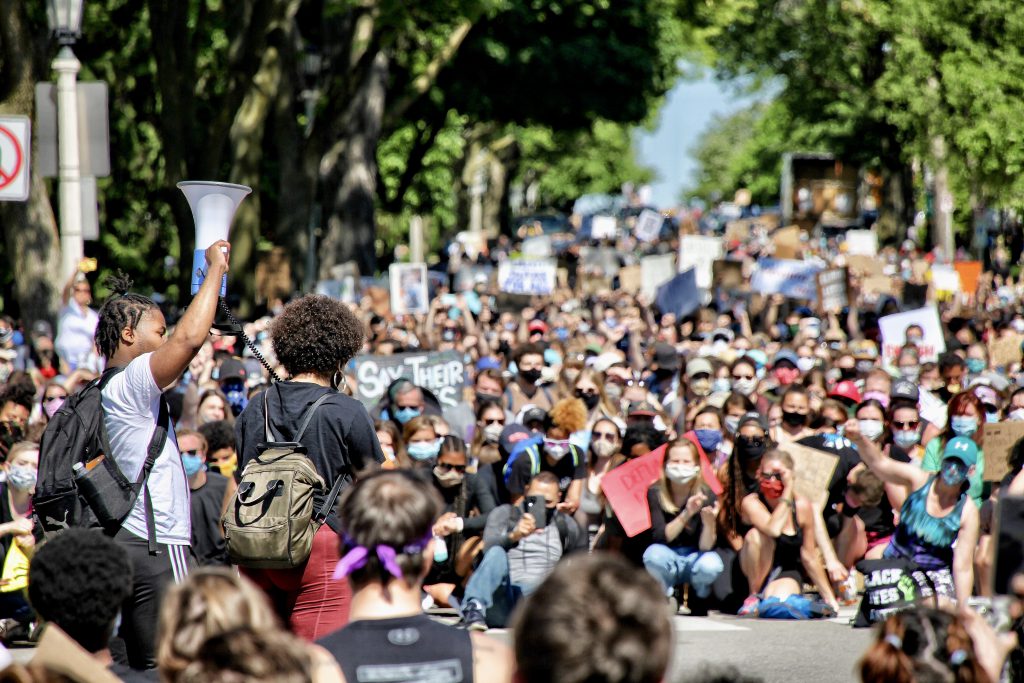 Do Bike Lanes Make Cyclists Safer? – While the primary purpose of bike lanes is to provide bicyclists with designated space on the road for their protection, research finds that some sharrow designs create less safe conditions, especially at intersections. Rather than simply designating space on streets that allow bicyclists and automobiles to co-exist, it is more important to ensure the bicyclists’ safety. (John Anderson with Anna Bernbaum | Fast Company)

Highlighting public space in light of COVID-19: Transport planning and mobility engineering firm Systematica is highlighting in awesome maps and graphs how access to park space in Milan can be changed to get more people outside and closer to a park during the pandemic. Using existing city surveys, the firm was able to develop an atlas of public space and create isochrones to show distance. (Lynne Myers | Design Boom)

Trump signs executive order to reduce environmental red tape, but could go unheeded: – The President signed an executive order last week that he hoped would speed up the development of infrastructure projects around the country by reducing the need to file environmental reviews. But opponents are worried about existing environmental damage and public health while lawyers and potential beneficiaries warn that the order might not even be enforcable leaving those who follow it open to scrutiny. (Justine Calma | The Verge)

Germany to Require EV Chargers at All Gas Stations – As part of a national pandemic stimulus package, Germany will require all gas stations to offer charging stations for electric vehicles in order to boost consumer demand for electric vehicles and address refueling concerns. While electric vehicles have continued to improve in efficiency over the past decade, this decision will make Germany a global leader in EVs. (Christoph Steitz | Reuters)

A city’s sense of freedom resides in its streets: – Over the past two weekends, protesters nationally and globally have taken to the streets to take a stand against police brutality and racism. The street in it’s most basic form is a public space, but the same people who wish cities and buildings had gates on them are the same ones for which the street must be dominated and subdued to keep order. To them, “Power means never having to walk. Absolute power means the ability to control when others do.” (Justin Davidson | Intelligencer)

In our communities, people are suffering from asthma and upper respiratory disease, and we’ve been fighting for the right to breathe for generations. It’s ironic that those are the signs you’re seeing in these protests — “I can’t breathe.” When the police are using chokeholds, literally people who suffer from a history of asthma and respiratory disease, their breath is taken away.

This week on the podcast, we’re joined by April Bertelson of the City of Portland to talk about the Rose Lane Project.