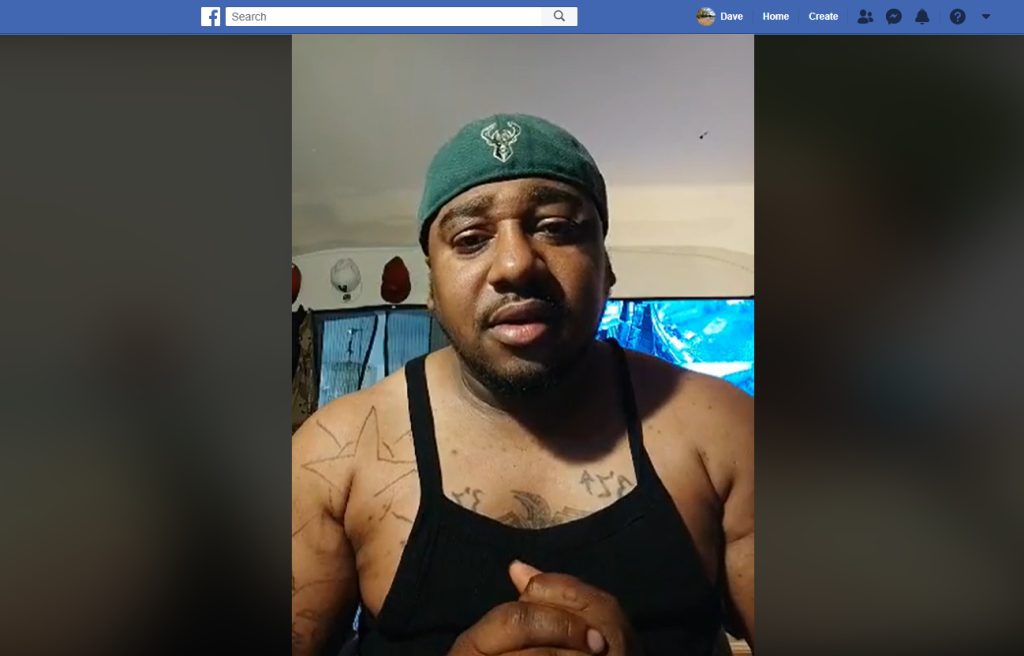 When yesterday’s peaceful protests, which largely carried the day, took a turn toward violence late Sunday night and early Monday morning, it became clear they had become something distinct from the marches against the killing of George Floyd and police brutality.

Vaun Mayes, a community organizer behind Program the Parks and an activist against police brutality, took to Facebook live early Monday morning, to lament the previous night.

Vaun’s overriding message Monday morning was that the protests and the work to end police killings of unarmed black people are too important to be marred by what he sees as self-serving activists and individuals interested chiefly in destruction and violence.

Mayes said the march organized by the faith leaders Sunday never should have happened. “After that first night, nobody should have been throwing a protest after that,” he said.

On Friday, Mayes organized a peaceful protest that began at 27th and Center Street. By late Friday night, protests had become unorganized and looting and property damage began to occur. On Saturday, another peaceful protest criss-crossed around town, even stopping in front of Mayor Tom Barrett’s house, only for the same thing to occur that night, with the demonstrations becoming more threatening.

Mayes noted that by Sunday morning it was clear to him a pattern was emerging, beginning with the protest he was involved in organizing that turned into something beyond his control. Community leaders organize a peaceful protest, and by night that protest has been co-opted by individuals uninterested in organized protest and more interested in violence and looting.

Because of the protest Sunday, Mayes said, “Y’all gave the same mothaf–kas another opportunity to do the same shit,” with incidents of looting and fires.

Mayes made clear several times during his recording that he is chiefly concerned with seeing results, saying there are things that have to happen in the city “that’s for the progress of our people.” At the top is ending police violence.

A good amount of the property damage that occurred, Mayes said, was not perpetrated by members of the community.

By the same token, Mayes said he understands the feelings that can cause some in the community to act out violently.

Mayes was involved, along with several others including Reggie Moore of the Office of Violence Prevention, in putting out fires throughout the night. Mayes said he had just returned home from putting out a fire when he saw someone start a video of themselves lighting a fire outside of Milwaukee Health Services. “Dr. Tito [Izard] don’t need his shit burnt up,” Mayes said.

“That aint what we here for, been there done that, I got seven charges from the last riot. I don’t need nobody to give me a f- -king lesson on revolution,” Mayes said. After the killing of Sylville Smith by a Milwaukee police officer back in 2016, rioting tore through Sherman Park. In the aftermath, Mayes faced a number of federal charges in connection with the unrest. He has never been prosecuted, but investigators have yet to drop the charges.

Mayes also didn’t mince words in his criticism of the church leaders that organized the protest. Though he said he is not indicting all pastors or the church as a whole, Mayes charged that some church leaders have not been leading on the issue of police violence up until now.

“The community don’t need no more prayer during a press conference, or prayer during a march,” he said. “If y’all want to help, y’all organize us around the demands that we have for this community for shit to change.”

Beyond that, Mayes expressed exasperation that something so important could be co-opted and led astray by people more interested in showing up to sow discord than in seeking justice for George Floyd and the many victims in Wisconsin and Milwaukee.