The percentage of COVID-19 tests coming back positive in the past 24 hours plunged to a new single-day low Monday afternoon even as Wisconsin recorded an above-average number of tests processed.

The number of people tested surged in the past week as the Wisconsin National Guard established a number of free, drive-through testing sites that allowed asymptomatic individuals to be tested.

Dr. Ryan Westergaard, Chief Medical Officer of the DHS Bureau of Communicable Diseases, characterized the data as good news, but not the only data to look at.

“Yes it’s an encouraging sign,” said Westergaard during a media briefing Monday. “Does it tell us for certain that transmission is slowing down? It doesn’t really because some things happen locally.” He said it would be important to monitor who is being tested and to look for a sustained trend. The state does not report testing by county or region. Data on the Milwaukee County dashboard shows the county has averaged a positive test rate of 12 percent over the past week.

Since the outbreak started, 12,687 Wisconsin residents have tested positive for COVID-19 with 2,068 requiring hospitalization.

The death toll from the virus has reached 459, with six newly-confirmed deaths in the past 24 hours. Four percent of people with confirmed cases have died from the disease.

Both Brown and Racine counties continue to have greater per capita outbreaks than Milwaukee.

There are currently 954 ventilators and 444 intensive care unit (ICU) beds available across the state according to the Wisconsin Hospital Association. Since the data became publicly available on April 10th, WHA has reported an average of 928 ventilators and 425 ICU beds as available. 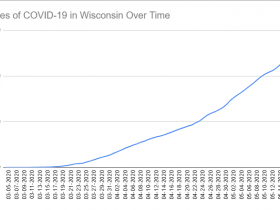 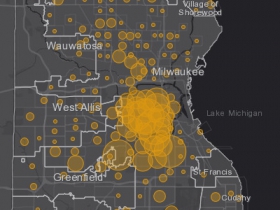 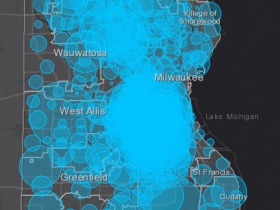 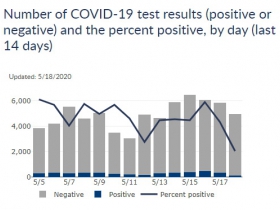 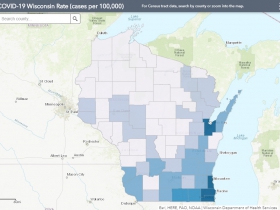 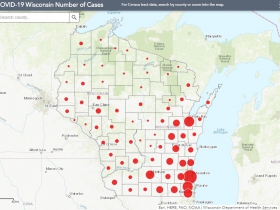