Lowlands To Reopen Restaurants For Takeout 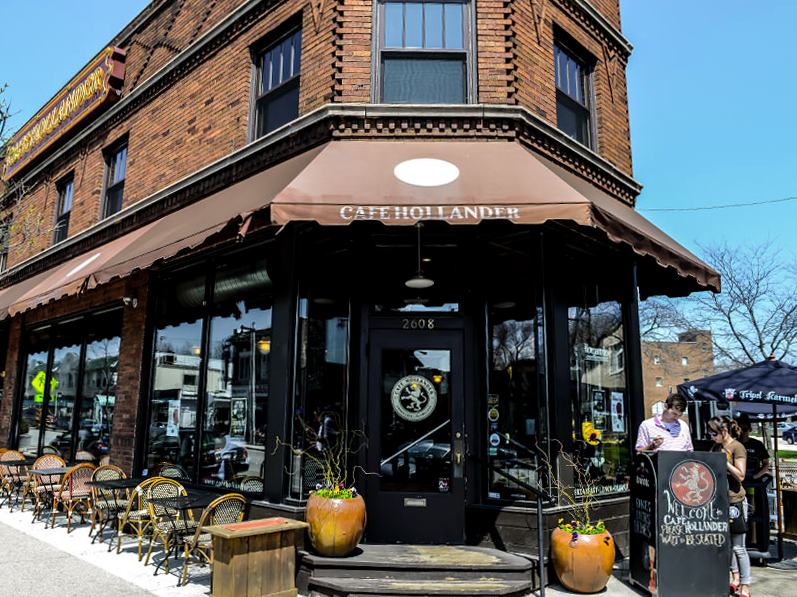 The Lowlands Group has announced that all of its restaurants will reopen for to-go service on Friday, May 15. All eight of its restaurants — which includes seven located in the Milwaukee area and one in Madison — will offer carryout, curbside and delivery options. The company is best known for its popular Cafe Hollander and Cafe Benelux concepts, along with the Centraal Grand Café and Tappery in Bay View.

“After taking the time to thoughtfully consider how we could reopen safely for both our customers and employees, we’re thrilled to announce that we’re back,” stated Lowlands Group CEO Eric Wagner, in a press release.

The menus for each restaurant have been tweaked for this reopening, but expect to see fan favorites still available. Additions will include comfort-food items like fried chicken buckets and fish fries.To-go beverage options will include classic cocktails like the Bloody Mary or Old Fashioned and growlers or crowlers of a variety of beer.

In addition to partially reopening its eight restaurants, the Lowlands Group is introducing a new Amsterdam-inspired street food concept. Customers can order easy-to-eat snack items such as fish bites, mac-and-cheese croquettes or the Lowland Group’s spin on bitterballen at any of its five Cafe Hollander locations.

“If they’re anything like us, we know our customers are missing their everyday routines, from grabbing a bier after work to meeting friends for brunch on Sunday,” stated Wagner. “While we can’t open our dining rooms and patios yet, we’re hoping some of our new offerings and old favorites will provide a bit of a bright spot, or as we like to say, ‘Gezellig,’ as people adapt and look forward to the future.”

The company will bring back all of its full-time salaried managers at full pay and is covering 100 percent of employee health insurance costs in April and May. Employees have also been given access to a family meal program.

“This company has always operated like one big family, and just like families everywhere, we’re relying on each other now more than never,” Wagner stated. “It’s been a tough few months, but the challenges have only reinforced our commitment to our family, and to the families we hope to see in our dining rooms and on our patios in the very near future.”

In March, the Lowlands Group announced that it wasn’t taking any chances and closed down all restaurant operations, citing concern for the health of its employees. A news release posted to the company’s website stated that its employees were receiving extended benefits during the shutdown, as well as distributing all of its restaurants’ perishable food items among staff to share with their families.

In April, the company announced that it would move forward with the opening of its newest concept: Frank and Larry’s Buckatabon Tavern & Supper Club. The Northwoods-inspired restaurant replaced the Lowland Group’s Cafe Bavaria concept in Wauwatosa. The restaurant opened with a limited menu available for to-go service on weekends.

As of May 15, all Lowland Group restaurants will be open for to-go services Wednesday through Sunday for dinner and on Sunday for brunch. For more information on specific restaurant hours and menu changes, visit lowlandsgroup.com.

Aa Wagner noted: “We’re more committed than ever to offering our neighbors an authentic, immersive dining experience from their local grande cafe, though that’ll happen in their dining rooms for now, rather than ours, as we wait for our cafe patios to open soon.”