Down nearly 50% in state. Experts fear cases aren’t being reported.

By Madeline Fox, Wisconsin Public Radio - May 11th, 2020 04:27 pm
Get a daily rundown of the top stories on Urban Milwaukee 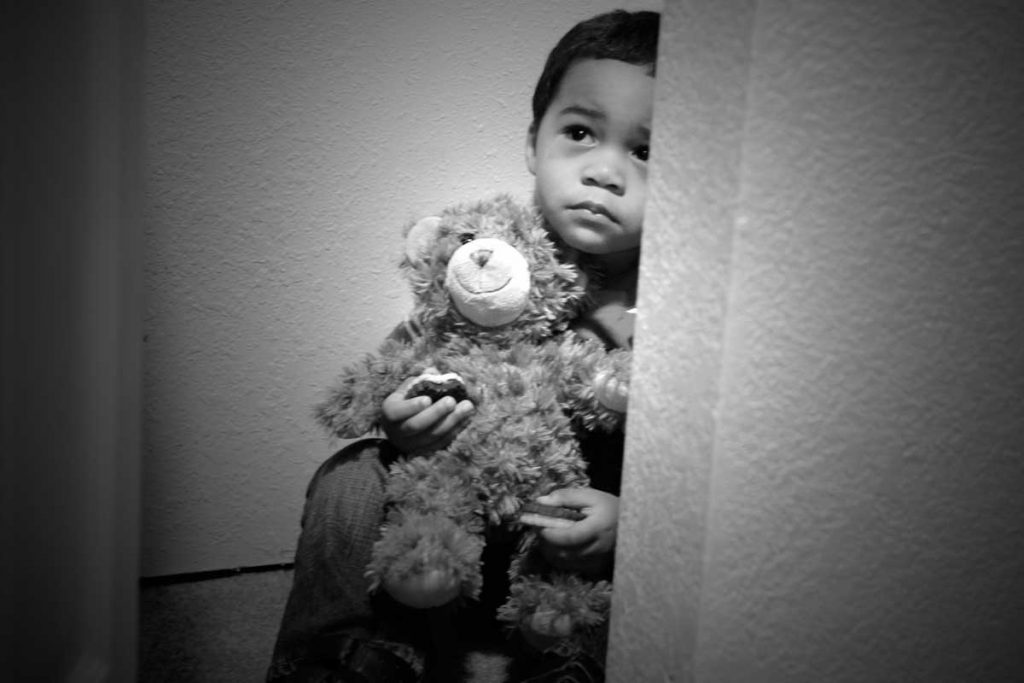 Reports of abuse or neglect to Wisconsin Child Protective Services (CPS) are down dramatically as children are spending less time with teachers, coaches and other people outside their family who would be able to notice something amiss at home.

The number of child abuse reports typically dips during the summer for the same reason — but the isolation imposed to try to slow the spread of the novel coronavirus has led to a drop that’s noticeably steeper than the usual June-July-August slump.

“We know that kids are not always ‘Safer at Home,’ so we know that there’s definitely a need out there,” said Elizabeth Champion, director of Child Advocacy Centers of Wisconsin, “but those cases are just not getting reported.”

Child advocacy centers allow children who have experienced abuse to be interviewed by someone who’s specifically trained to ask questions and get information without retraumatizing the child. The interview is then shared with law enforcement, medical professionals and others who might be involved with their case, so the child only has to be interviewed once.

Champion’s organization works with 15 Child Advocacy Centers (CACs) in the state, and said the downturn in CPS referrals has led to fewer investigations, though likely not fewer incidences of the abuse or neglect they would usually be investigating.

DCF Secretary Emilie Amundson said that trend is starting to turn around, with May reports coming closer to what CPS sees in the summer. As of Friday, there have been 973 reports in May, according to the DCF dashboard. Amundson attributes that, in part, to more schools getting distance learning set up.

“What we’re starting to see now is an adjustment to the system,” she said. “Teachers are interacting with students, and they are able to get a pulse on what’s going on with students and with their families.”

Reports to CPS don’t necessarily mean children will be removed from the home. The reports are screened to see if they meet statutory requirements to be considered child abuse or neglect — in April, 1,333 of the 4,000 reported cases were screened in. From there, the agency builds an initial assessment, and starts to figure out tools and resources for what the family might need — whether or not the report ends up being a substantiated case of abuse or neglect.

“Picking up the phone to call and voice a concern, or just talk to somebody about something that they see or hear, that doesn’t necessarily mean that it’s going to create a full-blown child protective services investigation,” said Amundson. “If it doesn’t meet a statutory definition, that doesn’t mean CPS can’t offer help, and support, and the involvement of other nonprofits or agencies.”

Amundson said she’s holding out hope that some summer programs, camps and other community services will be up and running this summer, and will offer adults some respite and kids more opportunities to get out into the community.

As kids’ interactions get closer to normal, she said, DCF may also see more cases of families needing help or children needing out-of-home care — the number of children involved with the foster care system has been trending upward in Wisconsin, and nationwide, over the past decade.

“We need to expect that families are going to have a hard time,” she said. “We should not be surprised.”

Lonnie Berger, a professor at the University of Wisconsin-Madison’s school of social work and director of its Institute for Research on Poverty, said that while the particular mix of stressors created by the coronavirus pandemic don’t have much precedent, a lot of the side effects of a global pandemic would point toward an increase in certain kinds of abuse or neglect.

“There’s a very convincing body of evidence that loss of employment, loss of income, limited economic resources are very highly associated with increases in child abuse and neglect,” he said. “Parents are more stressed, parents have less money to invest in kids and things kids need — we saw that in the Great Recession.”

At the same time, he said, the focus on enhancing safety net programs like unemployment insurance and the Supplemental Nutrition Assistance Program in the federal CARES Act may cushion the blow of the pandemic’s economic fallout and ease some of the stress on families.

In addition, with more parents at home, he said there could be a downtick in cases of “supervisory neglect,” where kids are left at home without someone to care for them.

In the long term, he said, he expects the stresses of the pandemic to disproportionately hit low- and middle-income families, as they lack the kinds of savings and financial buffers that allow more financially stable families to go longer without income.

“There is evidence from the Great Recession of how adverse economic shock played out poorly in terms of family stress, in terms of harsh parenting, in terms of conflict in marital relations,” he said, “and that tends to have a lasting impact on families and kids.”

Champion, the director of the Child Advocacy Centers of Wisconsin, said they’re anticipating a possible “flood” of new cases as the state starts to open back up.

“As we know, the CPS system has always been overwhelmed, and I think that’s the fear, is that we’re going to have a complete rush of cases once those reports are getting made and once children are out and being protected by adults,” she said.

‘Kids Are Not Always Safer At Home’ Even Though Reports Of Abuse, Neglect Are Down was originally published by Wisconsin Public Radio.