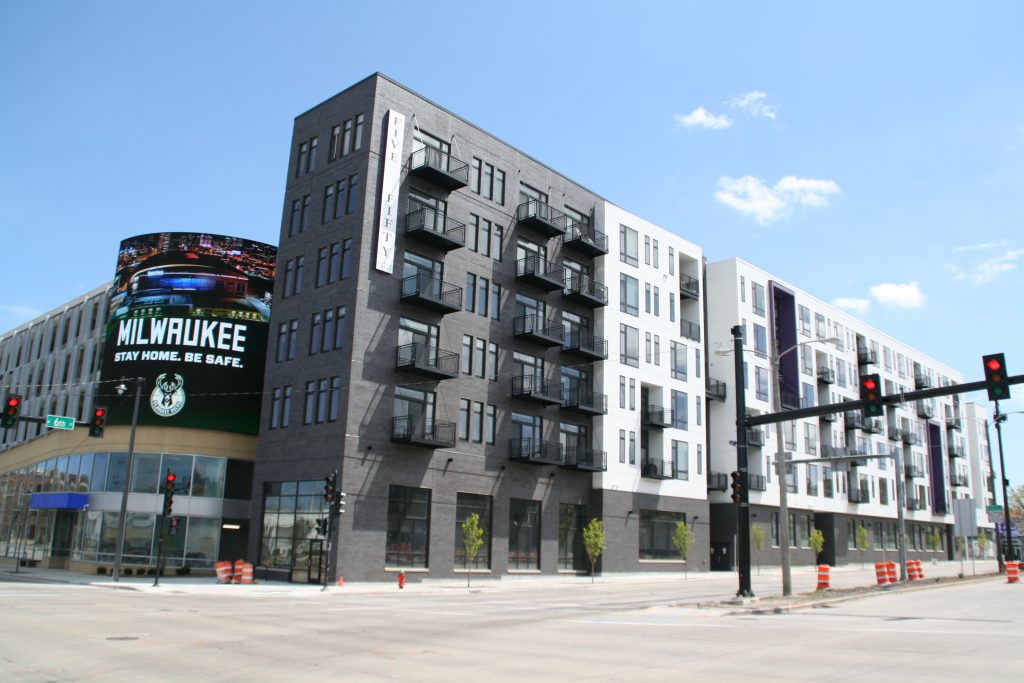 The building website promotes it as “luxury apartments with high end finishes in a location that can’t be beat,” and if you’re into basketball, that’s likely true. The building contains a mix of studio, one-bedroom, two-bedroom and two-story, two-bedroom apartments. The website says leasing starts at $1,395 per month. Fully furnished apartments are also available. The property is managed by Founders 3.

Amenities in the building include an outdoor terrace overlooking the arena, an on-site fitness club, club room and community area. The leasing website also promotes an “on-site restaurant.”

Design on the building was led by Engberg Anderson Architects. Construction was led by CD Smith.

Two large purple bays are included on the building’s upper floors, and a purple-and-green fire hydrant, mirroring the team’s 1990s color scheme, is located outside the front door. The latter is part of a program to paint Bucks-themed fire hydrants in the area.

Two commercial stalls are located on the first floor, both of which are currently vacant. There are also first floor apartments, elevated high enough that you would have to be as tall as Giannis Antetounkmpo to see into them.

Across N. 6th St. is the Froedtert and Medical College of Wisconsin Sports Science Center, used primarily as the team’s practice facility, and the McKinley Health Center.

Beyond adding diversity to the building uses in the area, the building adds another important diversity dynamic: ownership. Alderwoman Milele A. Coggs raised a sobering point during her remarks at the project’s groundbreaking. The Five Fifty building is only the second downtown building owned by an African-American developer. The other is the Germania Building redeveloped by Kalan Haywood‘s firm Haywood Group and Cardinal Capital Management.

The Bucks, who were given the Park East corridor land for $1 as part of the broader arena deal, sold the site to Park 7 Lofts LLC for $830,000 in March 2018. A team representative previously said the team has an equity investment in the deal. 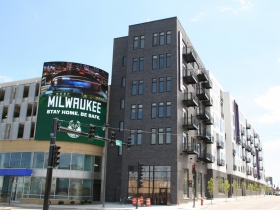 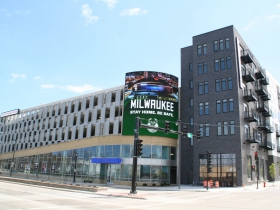 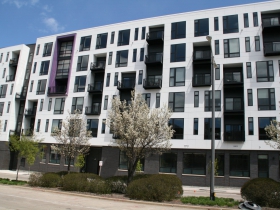 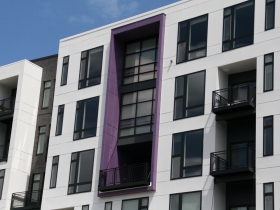 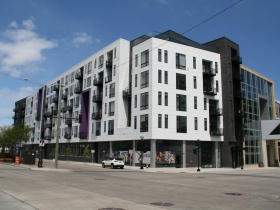 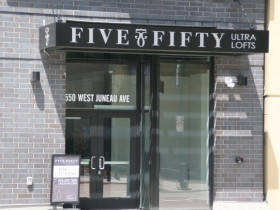 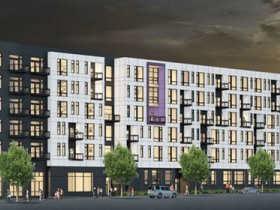 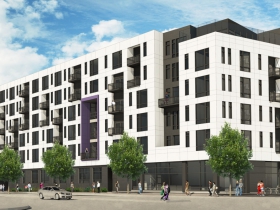