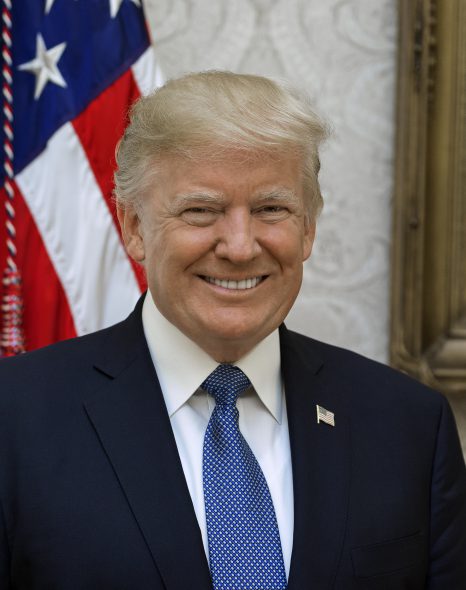 President Trump’s reelection campaign has filed a defamation lawsuit against a Wisconsin television station for running an ad created by the liberal super PAC Priorities USA alleging the president called the coronavirus a “hoax.” The Hill was the first to report on the suit, filed Monday.

The lawsuit seeks unspecified monetary damages and legal fees from the Rhinelander-based station WJFW-NBC. It accuses the station of having ‘perpetrated a fraud on the public by recklessly broadcasting [Priorities USA’s] defamatory and false advertisement, which WJFW-NBC knew or should have known was produced through the use of technology that depicted a clearly false statement.'”

“It is disappointing that WJFW-NBC would knowingly continue to broadcast this blatantly false ad and perpetrate falsehoods on the American people, even after the Trump campaign provided proof in good faith of the ad’s falsity,” said Jenna Ellis, Senior Legal Adviser to Donald J. Trump for President, Inc., in a statement released by the campaign. “We fully expected the station would recognize their error and immediately cease under their FCC obligations.  The Trump campaign is now left with no other option than to use the force of law to ensure these false and defamatory ads cease.”

Priorities USA Chairman Guy Cecil responded to the Trump campaign with a statement sent to Urban Milwaukee: “This is pretty simple. Donald Trump doesn’t want voters to hear the truth and he’s trying to bully TV stations into submission. The truth is that Trump ignored warnings from experts and his own team and downplayed the coronavirus even as it spread unchecked across the country and the world.”

In the ad Trump can be heard saying this: “The coronavirus, this is their new hoax. We have it totally under control. It’s one person coming in from China. One day it’s like a miracle, it will disappear. When you have 15 people and within a couple of days is gonna be down to close to zero. We really think we’ve done a great job in keeping it down to a minimum. I like this stuff. I really get it. People are surprised that I understand. No, I don’t take responsibility.”

The Trump campaign says the president was describing Democrats’ efforts to politicize the coronavirus, not calling the virus itself a hoax. The statement by Priorities USA points to a long list of news articles showing how Trump downplayed the pandemic, including a Politico story headlined “Trump rallies his base to treat coronavirus as a ‘hoax’”.

PolitiFact had previously rated the statement as “false” after Democratic presidential candidate Joe Biden tweeted out a video also featuring the clip. PolitiFact said the splicing of Trump’s words alters the meaning.

“The Trump campaign sent cease-and-desist letters to WJFW and other TV stations in key battleground states last month warning they would face legal action for running the Priorities USA ad,” The Hill reported. The ads have been running in Florida, Michigan, Minnesota, Pennsylvania, along with Wisconsin, where it as been aired since March 24 on 18 stations across the state, Cassidy Geoghegan of Priorites USA told Urban Milwaukee.

The Rhinelander station being sued is owned by a very small broadcasting company, Rockfleet Communications, which owns only two other stations, WVII, an ABC affiliate in Bangor, Maine, and WVFX, a Fox affiliate in the same city. The company surrendered its license for a station in Vanderbilt, Michigan, in 2009. Rockfleet now lists an address in Palm Beach, Florida.

Given that the ad uses all words used by Trump, and given that far more misleading ads have in the past not been successfully stopped by such suits, the Trump campaign may not have a strong chance of success. But the suit does require a station to pay attorney fees to fight the suit. The choice of the Rhinelander station, which has not responded to media requests for comment, may be strategic, as it’s a smaller company. It also serves an area of the state, Northern Wisconsin, where Trump did very well in the 2016 election.