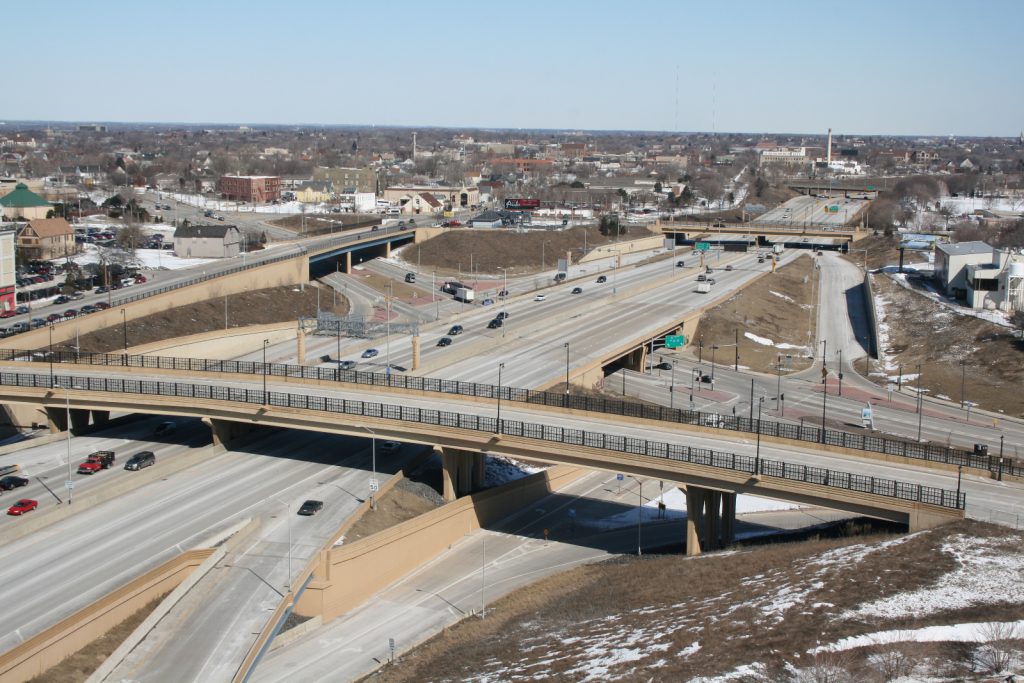 Visualizing the Footprint of US Highways: Visual Capitalist prepared six animations that depict how highways reshaped the downtown cores of six American cities. The animations overlay the footprints of existing urban highways over the historic aerial photos of neighborhoods that were demolished to construct them. As new demand for downtown life surges in many American cities, these visualizations demonstrate just how much space these highways took from urban cores, and possibly how to repurpose them. (Nicolas LePan | Visual Capitalist)

Crowding, Not Density: New York Governor Andrew Cuomo has taken to Twitter and elsewhere to say in his belief that New York City’s severe coronavirus outbreak stems from the city’s density. Former Vancouver BC chief planner Brent Toderian argues instead that the problem is crowding, not density. He notes that crowding, wherein large groups of people gather, is not the same as density, and that Governor Cuomo’s language if it continues may have long-term consequences for the future of cities. (Brent Toderian | Streetsblog NYC)

Modeling Traffic After Infectious Disease: A team of physicists and engineers from across the world believe they have cracked the code on congestion in the journal Nature Communications. According to their research we’ve been looking at traffic all wrong and should look to infectious disease rather than macro theories. Their contagion process looks at traffic as something spreading from a source which makes sense in a way if you’ve ever seen that video of one car causing all the other cars in a circle to slow down. Traffic is either susceptible (the vehicle not yet in traffic but getting there), infected (you aren’t in traffic, you are traffic), or recovered (past the point of issue). (Sarah Wells | Inverse)

Black Residents Dying More from COVID-19: In Chicago, black residents accounted for 72% of deaths from COVID-19 complications in the city and 52% of positive tests, despite making up only 30% of the city’s population. Similar patterns are being found in cities nationwide, and a national civil rights group is demanding more transparency on race and ethnicity among COVID-19 testing results. Many are also acknowledging racial disparities in health access and ability to social distance. (Kathleen Foody | AP Newswire)

No Wipes in the Pipes: Residents are increasingly using disinfectant wipes as the coronavirus pandemic continues and flusing them down the toilet. Consequently municipal wastewater systems are clogging and requiring costly repairs. Unlike toilet paper, wipes are often reinforced paper or fabric and designed to remain intact under friction. Because of this, they cannot disintegrate in water, and cities nationwide are pleading with residents to stop flushing personal hygiene items down toilets. (Katie Pyzyk | Smart Cities Dive)

In fact, far from bringing networks to their knees, covid-19 is driving the most rapid expansion in years. To make sure they meet demand, internet giants like Netflix and Equinix, which operates 200 data centers around the world, are rushing out upgrades as quickly as possible. Equinix is in the middle of upgrading its traffic capacity from 10 to 100 gigabytes. The work was going to have been carried out over a year or two—but it is now being done in a few weeks.

–Will Douglas Heaven in MIT Technology Review discussing how he believes the internet is getting stronger due to the crisis.

This week on the podcast, Chris Nelder of the Rocky Mountain Institute shares how utilities and cities can get ready for vehicle electrification.