Death total has grown five-fold in past week.

The Department of Health Services reported over 2,000 new Wisconsin residents have been tested for COVID-19 in the past 24 hours, the second-highest total recorded in April.

The state reported 138 new positive cases, bringing the state’s total to 2,578. But the positive case rate was only 6.65 percent, down from the 10.38 percent average reported over the past eight days.

The number of deaths from the disease has risen to 92, more than quintupling the 16 reported on March 31st. Forty-nine of those deaths have been in Milwaukee County.

The total number of Wisconsin residents testing negative for the virus has risen to 28,512.

It was the second time in the past nine days that the state has reported over 2,000 people were tested. DHS Secretary-designee Andrea Palm said Monday that labs in the state are capable of processing approximately 3,500 and the state is modifying its testing guidelines to allow more people to be tested.

Sixty of the 72 counties in Wisconsin now have confirmed cases. A total of 1,323 cases have been recorded in Milwaukee County according to state data. 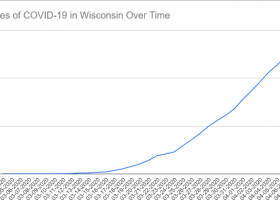 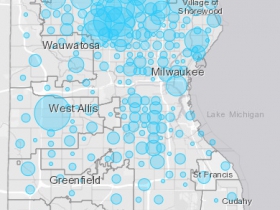 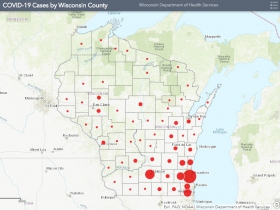 Number of results by county