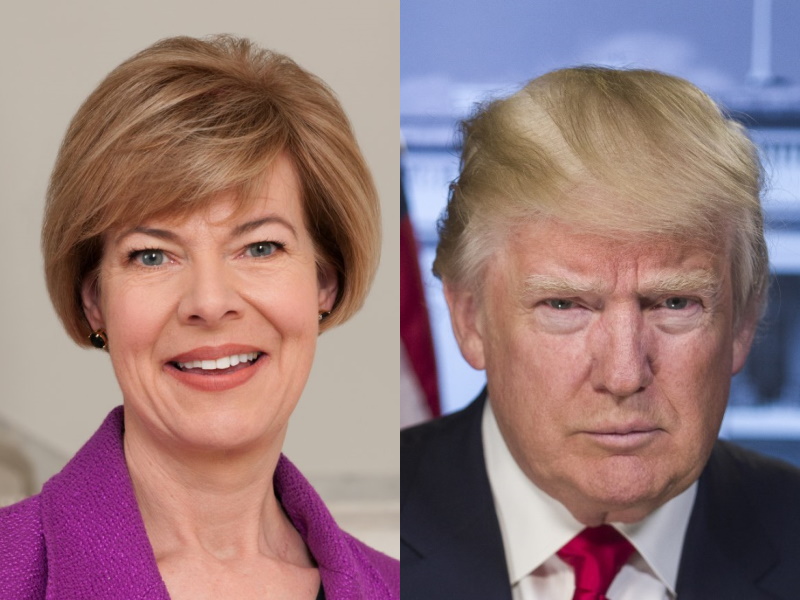 For nearly a week the lead story in Washington has been whether Democrats and Republicans can agree on a massive relief package for businesses and citizens hurt by the COVID-19 pandemic. Meanwhile, a far more important issue, getting needed medical supplies — like masks, ventilators, tests, gowns, gloves, swabs — that hospitals and health care workers need to handle the medical crisis — is getting far less discussion.

Which is strange. Yes, it would be helpful to send some kind of financial help to the many Americans no longer working. But surely the most immediate task is to take all steps necessary to prevent the rise of disease and death from the epidemic. The most important thing a government can do is act to protect lives.

And President Donald Trump has the authority to make this happen.

The Defense Production Act, a law that was passed in 1950 and has been used periodically by past presidents, “would allow Trump to push U.S. manufacturers such as automakers and clothing companies to pivot to making medical equipment for hospitals and medical workers” as a Washington Post story reported, and thereby help healthcare workers who are already out of equipment or will be as the daily increase in new COVID-19 patients becomes an onslaught.

Yet Trump “has rejected calls from governors, hospitals and others” to use this act “to ramp up production of critical supplies,” The Hill reported, even as the shortage is being exacerbated by rising prices. “New York Gov. Andrew Cuomo (D) warned that prices for crucial masks had spiked from $0.85 to $7 apiece and urged the federal government to step in.”

Wisconsin’s Democratic U.S. Senator Tammy Baldwin has proposed legislation that would require the President to implement the Defense Production Act “in order to quickly produce and ensure access to supplies, including Personal Protective Equipment… for health care workers on the frontlines of this pandemic,” a press release from Baldwin noted.

“Wisconsin hospitals and health care providers are currently facing a dire shortage of supplies and medical equipment,” the release noted. Milwaukee County is so desperate officials have asked all citizens to donate any items they might have — masks, safety glasses, protective gowns or suits and disposable medical gloves — even if its past their expiration date, as Urban Milwaukee has reported.

Baldwin’s bill seeks to “massively scale up production of Made in America medical supplies that our health care workers need to combat this public health emergency.” It is supported by a long list of Democratic senators — but not one Republican.

How is it possible Trump must be compelled to implement this act? How is possible he didn’t do this weeks ago, when it became clear the country was facing a possible pandemic? Or a month ago, when Republican Sen. Richard Burr was warning select insiders that the country was going to face a plague as bad as the 1918 Spanish Flu epidemic?

Time is of the essence in a pandemic and every day Trump waits puts us further behind in this life-or-death battle. Democratic Senate Minority Leader Chuck Schumer on Friday said he had a call with Trump where he urged the president “to immediately invoke the Defense Production Act to get ventilators & other important medical equipment to those who need it,” the Post reported, and Trump responded that he would and then “yelled to someone in his office to do it now.”

Which of course didn’t happen. Trump has offered a variety of flimsy excuses for not acting to get needed supplies, including saying:

-Governors should be finding ways to have U.S. companies make ventilators.

-This would be “nationalizing our business. Call a person over in Venezuela, ask them how did nationalization of their businesses work out?”

Which is untrue, as a National Public Radio fact check noted. The Defense Production Act doesn’t nationalize businesses, but is a temporary measure requiring certain production from selected industries or companies.

“Congress approved the act in 1950 during the Korean War to help the government stock up on wartime materials such as aluminum and copper, doubling production at that time, according to a 1982 Congressional Research Service report. Other presidents have used it to beef up the U.S. defense industry, especially during the Cold War,” the Post reported.

At one point Trump suggested he would invoke the act, and “the White House received pushback from business leaders who expressed concern that the act which could cause major unforeseen problems, including profit loss,” CNN reported. “Trump confirmed this Sunday, saying when the war powers act was announced ‘it sent tremors’ through the business community.”

Business profits are also at stake in the stalled coronavirus relief bill. Democrats object because “It would let the Treasury Department hand out hundreds of billions of dollars to corporations — potentially including businesses owned by President Trump — without requiring a binding commitment to preserve jobs and wages. And the bailouts could remain secret for six months,” the New York Times noted.

Meanwhile nurses at Children’s Hospital and other hospital in the state told the Milwaukee Journal Sentinel they are at risk due to a lack of protective masks, gowns and other gear. “Nurses in Washington State and California said they have had to beg for N95 masks,” a Times story reported, and only a quarter of 6,500 nurses surveyed nationally said they had access to an even more protective mask known as a powered air purifying respirator.

On Tuesday, just as this column was being published, Federal Emergency Management Agency administrator Pete Gaynor told the media the Trump Administration would invoke the Defense Production Act to secure more COVID tests and perhaps more masks, but this still left out most of the supplies medical care workers need to fully protect themselves. And within short order Gaynor was contradicted by Trump, who denied the act was being enforced and said it wasn’t needed because “millions of masks” are being made, as CNN reported.

As Trump continues to vacillate we are failing our courageous healthcare workers, putting their lives at risk and making them more likely to spread the COVID-19 virus, and all to protect corporate profits.

Update 9:20 a.m. March 24: Last night Federal Emergency Management Agency leader Peter Gaynor told the media that the Trump administration would insert “DPA language” into the mass contracts for the federal government’s order of 500 million personal protective masks, as Politico reported. “But Gaynor later stressed… that the law would be used narrowly as ‘leverage'”, Politico reported and “late Tuesday night, FEMA press secretary Lizzie Litzow changed coursed, writing: ‘At the last minute we were able to procure the test kits from the private market without evoking the DPA.'”. A follow up story by the Washington Post concluded that the president is still not using the law to direct industries to produce vitally needed supplies for the pandemic.

One thought on “Murphy’s Law: Baldwin Plan Needed for Pandemic”