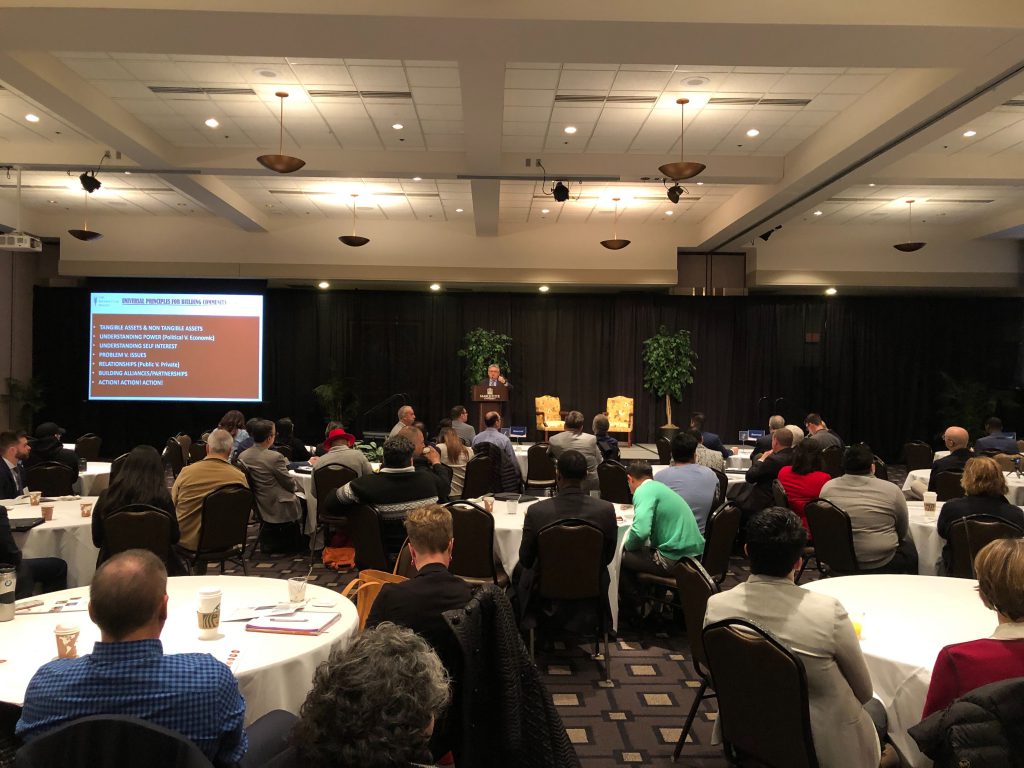 Over 100 people gathered Tuesday for Urbano, Milwaukee’s first Hispanic real estate conference. The conference focused on local opportunities for real estate development and professional growth as well as an assessment of challenges within the marketplace.

The importance of the Hispanic community to Milwaukee has grown tremendously in the past two decades. A 2016 UW-Milwaukee study found that without the growth of Milwaukee’s Hispanic community, the city would have lost over 100,000 residents since 1990.

“As the Latino economy goes, so will the US economy as well,” said Raymundo. His organization, The Resurrection Project, has made over $500 million in leveraged community investments in Chicago. “It’s not just about building assets, it’s about building non-tangible assets.” Raymundo talked about the challenges of dealing with everything from gentrification to federal immigration policy.

In a breakout session on gentrification, segregation and development, Alderman Jose G. Perez said gentrification is a frequent concern in his south-side aldermanic district. “Depending on where you go in my district, block to block, it’s a different conversation,” said Perez. But he said that even with all the development in Walker’s Point, no one has been displaced to date. He described his process for pushing for community engagement by developers in advance of projects and how it builds better outcomes.

UW-Milwaukee professor Carolyn Esswein discussed her role leading community charettes through the university’s Community Design Solutions program. “Because we’re so early in the process, that conversation isn’t about gentrification, it’s about ‘why not here?’,” said Esswein.

Medical College of Wisconsin senior executive Gregory M. Wesley discussed how the organization views the newly-formed MKE United anti-displacement fund as a key tool for building neighborhood stability. The college will be the anchor tenant in an $84.5 million redevelopment in Bronzeville.

Tri-City National Bank senior vice president Ivan Gamboa held a “fireside chat” with Carbrera over the lunch hour. “For the most part the opportunity is still there,” said Carbrera of the state of the real estate market. His organization is working on a $400 million, mixed-use project in Chicago near Midway Airport. “It will be one of the largest projects on the southwest side ever,” said the financier.

Carbrera pushed smaller, local developers to become experts on their communities and use that to create bigger deals. “If you have the right partner, they’re going to add value to the team,” said Carbrera of the role of small developers partnering with bigger firms.