Milwaukee native and ‘Malcolm in the Middle’ star performs in edgy British play. 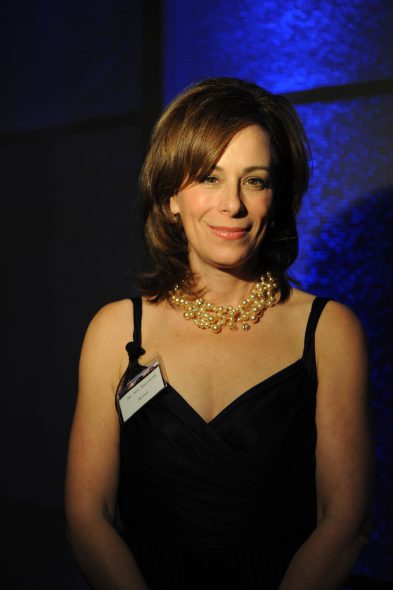 Following its tradition of bringing challenging pieces to the stage, Theatre Gigante will present playwright Sarah Kane‘s Crave in the Jan Serr Studio on the sixth floor of the Kenilworth Building for one weekend, March 12 – 15.

Crave debuted in Edinburgh in 1998. Kane was an English playwright whom critic Aleks Sierz included in a group of playwrights creating “an exploding of “in-yer-face new writing for the British stage.” He found them distinctive because they left the structure of naturalistic theater behind. Some analysts suggest that expressionistic theater and Jacobian tragedy inspired Kane.

Crave is Kane’s fourth play and something of a departure. Kane had a reputation for bringing very violent staging into her previous plays, but in this play, she shunned her habit of complicated stage instructions and plotting, leaving the director and the actors a lot of room to interpret and create the characters. It has only four characters who are identified by a letter of the alphabet.

After a lifetime suffering from depression, Kane took her own life in February 1999 at the age of 28. But her work remains influential. Playwright Mark Ravenhill has said her plays “have almost certainly achieved canonical status” and at one point in Germany, there were 17 simultaneous productions of her work.

I asked the show’s director, Isabelle Kralj, and co-director Mark Anderson, why did they pick this play? Kralj told me a friend sent them the script:

“I fell in love with it, because it’s very poetic, rhythmic and musical. I didn’t look at it as a play. It’s all about the mind, thoughts, feelings, emotions. It was unique and innovative, and that is what Theatre Gigante is about. Furthermore, I feel that we (society) are in a very dark place right, and I think that this piece deals with interpersonal feelings, and that is very pertinent today.”

Anderson added: ”It is so confidently written. It moves with such force. It’s fun to do.”

This piece is very different from Kane’s earlier work.

“It appears she had come to a point where she has reached complete despair of love,” Krajl observes. “Once you’ve reached this place where you’ve rejected the concept of love, regardless of whether your right or wrong, there is a feeling of clarity.”

And yet, Anderson notes: “It is about love. Look at the title, Crave. Which is a sensual aspect of love. Besides the darkness in this, there is humor, and there are little moments where you see a reference to T. S. Elliot or Beckett.”

There is no lead actor carrying the in the production. One of the four coequal players is Milwaukee native Jane Kaczmarek, the film and television actress best known for the TV hit, Malcolm in the Middle. Local favorite David Flores will join Kralj and Anderson on stage. Recently, Flores worked in the Skylight’s production of HairSpray and Theatre Gigante’s Enemy of the People.

Between the two of them, Kralj and Anderson have been involved in over 60 theater pieces. Krajl originally was involved in dance, and performed with the Milwaukee Ballet and in Europe with the Slovenian National Theatre Ballet and founded Milwaukee Dance Theatre. Anderson was a well-known performance artist in town who also did theatrical work with Theatre X and other companies. Since 1999 the two have worked together as co-artistic directors as Milwaukee Dance Theatre changed the name to Theatre Gigante, with an emphasis on innovative theater and the tagline: “the theatre of big ideas.” This play sounds like it will live up to that billing.