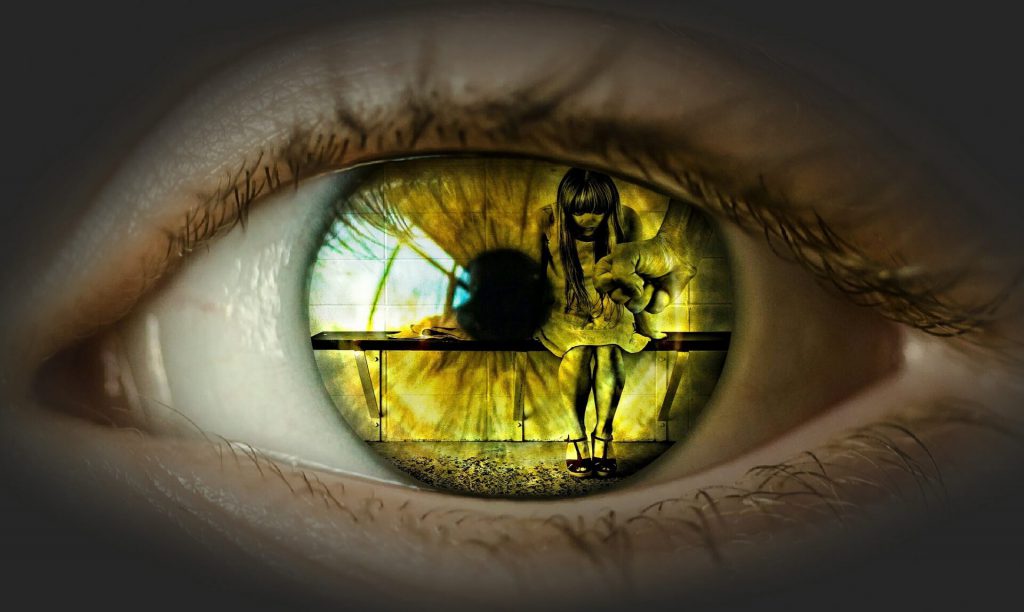 ‘Don’t look away’. Pixabay License. Free for commercial use.
No attribution required

Nationally the Violence Against Women Act has expired, and in Wisconsin bills to help women have been politicized or ignored.

One year ago, Feb. 15, 2019, the Violence Against Women Act (VAWA) expired in Congress following a dispute between Republicans and Democrats over the federal budget. Passed in 1994, the act supported resources and services for victims of domestic abuse and sexual assault. Bills to renew VAWA were introduced in the House last March, nothing has been done since although Sen. Tammy Baldwin (D-Wis.) and Rep. Gwen Moore (D-Wis.) have been vocal in advocating for its passage.

“There is a lot of ‘politicking’ around this. It’s frustrating when partisan politics get in the way of doing the right thing in terms of legislation,” said Jenna Gormal, a lobbyist for End Abuse Wisconsin.

In light of the anniversary, the Wisconsin Examiner is taking a look at Wisconsin’s bills for protecting women to see how far they’ve come since being proposed.

One extremely controversial bill that has drawn negative headlines this month  was a hastily drafted bill dealing with rape kit backlogs.

Unveiled earlier this month, it was advanced by Republicans who as a caucus were rejecting a very popular, bipartisan bill on rape kits —  bipartisan AB 214. Last October the bipartisan bill passed the Senate unanimously on a voice vote only to be stalled completely in the Assembly.

“[This new bill] erased hundreds of hours of work done by bipartisan folks in the attorney general’s office, the governor’s office, victim’s advocacy groups, as well as survivors.” Rep. Melissa Sargent (D-Madison) says.  “Debate on the Assembly floor this week got very political. I have never, in my time as a legislator, experienced the conversation around how it is that we support victims of sexual assault, rape and other heinous crimes as political football, that’s exactly what happened on Tuesday. It was one of the lowest points of my time in the legislature.”

Sargent was also the lead author of a teen dating violence prevention education bill (AB 378) that she brought forward in August that has seen no movement. “There are not a lot of ways that we can actually prevent domestic violence from occurring, but this legislation has been proven scientifically to have a positive impact on communities,” Sargent said. “It’s pretty heartbreaking that we haven’t crossed the finish line on that one.”

Jenna Gormal, a lobbyist for End Abuse Wisconsin, has been working on opposing a few “tough on crime” bills attempting to move through the legislature, particularly AB 804.

AB 804 proposes larger penalties for intimidating a victim of domestic abuse, which increases the crime from a Class A misdemeanor to a Class G felony. “We are opposing that legislation, which might seem odd to most people,” Gormal said. “The tough on crime approach isn’t working to help survivors.”

Gormal cited a census done by the National Network to End Domestic Violence which tracked services provided to 1,723 victims in one day in the state of Wisconsin. They made 379 unmet requests, including emergency shelter, housing, transportation, childcare and legal representation. A full 90% of the requests that went unmet were for housing.

“Victims and advocates in Wisconsin are not telling us that they want the criminal legal system to be funded more,” Gormal said. “They’re wanting resources to be funneled into affordable housing, legal services, Medicaid, shelters and material resources that will really help change their life and make sure that they are free from violence, and so we are focusing on that.”

The  expiration of VAWA came in the same year as Wisconsin’s anniversary of the adoption of the 19th amendment, which gave women the right to vote. On June 10, 1919, Wisconsin led the nation on women’s issues becoming the first state to ratify the amendment, and it became law on Aug. 26, 1920.

Even as bills that could help women were stalling in Wisconsin, the state was celebrating its past leading on women’s issues with Evers convening a committee to recognize that step forward for women’s suffrage in Wisconsin.

The Wisconsin Women’s Council is working with various offices in order to celebrate the women’s suffrage centennial and has been citing the centennial as a chance to educate women and young voters about their civic duty.

“The centennial is really just the opportunity to encourage women to vote and to get their issues on the table, to be aware of the issues that are in their community or at the federal level, particularly in electing the leadership that they think will move their issues or their perspectives forward,” said Christine Lidbury, executive director of the Wisconsin Women’s Council.

“It’s been 100 years of voting,” Lidbury said. “We can stand back and look at what it took to get here, but there’s still work to be done, there are still issues we need to solve.”