Old home on 51st and North, once on city's rural fringe, likely to be designated. 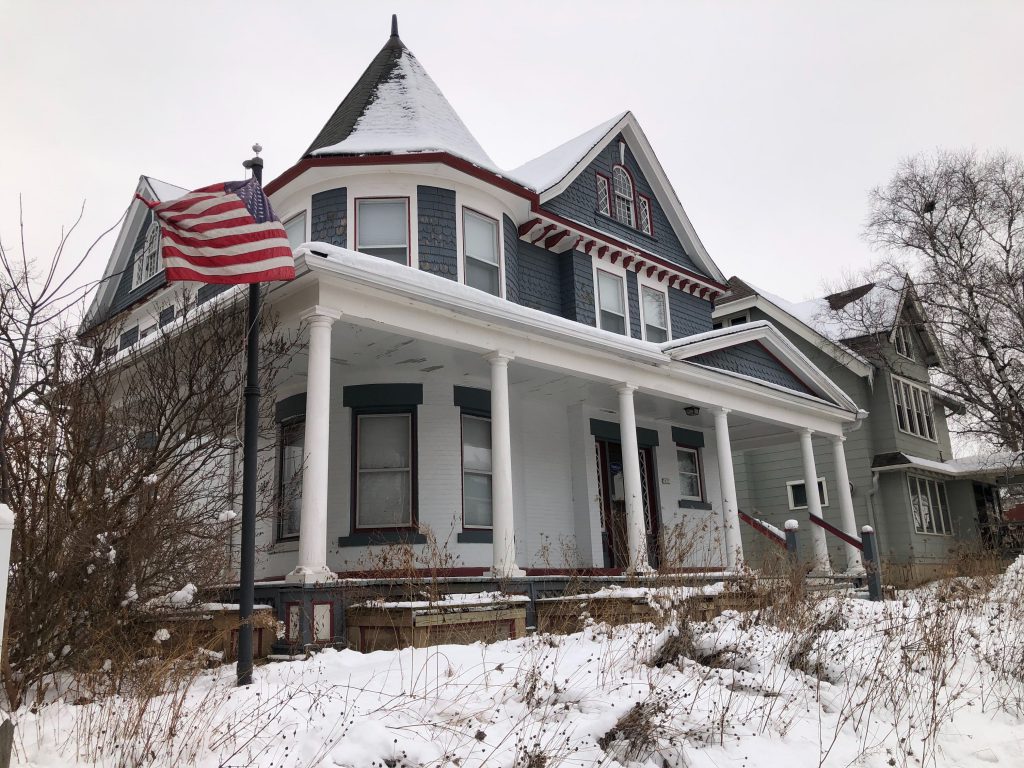 It’s hard to believe today, but the area around the intersection of N. 51st St. and W. North Ave. was farmland 120 years ago. Today it’s home to a mix of commercial buildings, government buildings, schools and houses.

But one remanent of that pastoral era remains, a two-and-a-half story farmhouse.

That building, now used primarily as an office, is soon to be the city’s newest historic property after the Historic Preservation Commission unanimously endorsed designating the property at the request of building owner Thad Nation. His political consulting firm, Nation Consulting, occupies the property.

“It really stands out in the neighborhood because there is nothing else like it,” said commission staffer Carlen Hatala on Monday. She delivered a report to the commission detailing the property’s history.

Finding the exact date of the home’s construction is complicated. “Because this is the Town of Wauwatosa there are no permit records to pinpoint any specific date,” said Hatala. The Town of Milwaukee stopped at 27th Street, with the City of Milwaukee eventually annexing substantial amounts of land to the west in 1910. Hatala said she believes information exposing the exact year is out there, but she hasn’t found it yet.

The city’s online assessment gives the construction date as 1900. “That means they were kind of unsure,” said Hatala. “They know it’s old, but there was no permit records.”

Hatala has found plenty of information that helps frame the house’s history alongside that of a rapidly growing city.

The house was built on what was once a 50-acre parcel farmed by Irish immigrant Bryan Coughlin. Deeds show the Coughlin family owned the land as early as 1867. The Coughlin family earned a steady income for a period selling off the farmland. Census records show they lived on the land, although likely not in the house currently at 5027 W. North Ave.

The land sales were aided by the construction of a streetcar line by the Milwaukee and Wauwatosa Rapid Transit Company in the early 1890s along nearby Pabst Avenue (today’s W. Lloyd St.). That company was chaired by Captain Frederick Pabst, and besides providing transit that unlocked the development potential of the land, it connected Pabst’s downtown brewery with a company-owned farm.

Bryan Coughlin’s son William Coughlin appeared in many newspaper accounts after his father’s death in 1887. Involved in Town of Wauwatosa politics, the younger Coughlin fought the City of Milwaukee’s pre-annexation use of township land as a dump. He also continued the family business of selling off its holdings and farming until becoming billed as a concrete contractor in newspaper records from 1911 to 1922. He passed away in 1929. His wife, Mary Coughlin, would live until 1960.

The house was sold to Jerrold Peever in 1940, but Peever was listed as an occupant as early as 1937. He operated a cosmetics company, House of Jerine Cosmetics, out of the house and later married one of Coughlin’s children.

Hatala said the house was worthy of local designation under the city’s ordinance because of its architectural presence as a “very good example of late Queen Anne style” and its unique location. “It is clearly the oldest known extant house in the neighborhood,” wrote Hatala in her 23-page report.

What does Nation think about Hatala’s report? “It’s great,” said the political consultant. “I was told many things by the previous owner, all of which came out to be false.”

The commission unanimously approved the designation without discussion.

The Common Council must still approve the designation, but Hatala said the fact that the property owner was requesting the designation makes it very likely to be approved. 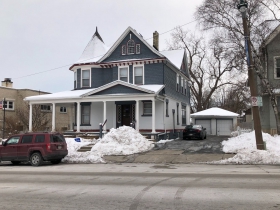 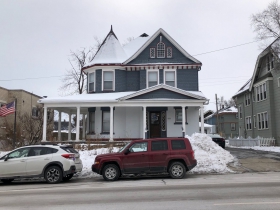 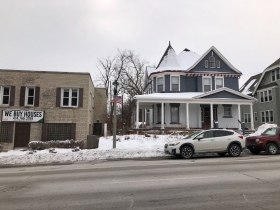 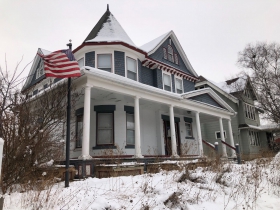 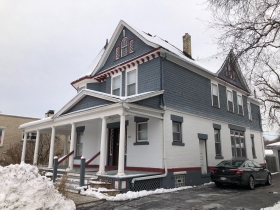 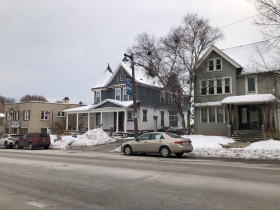