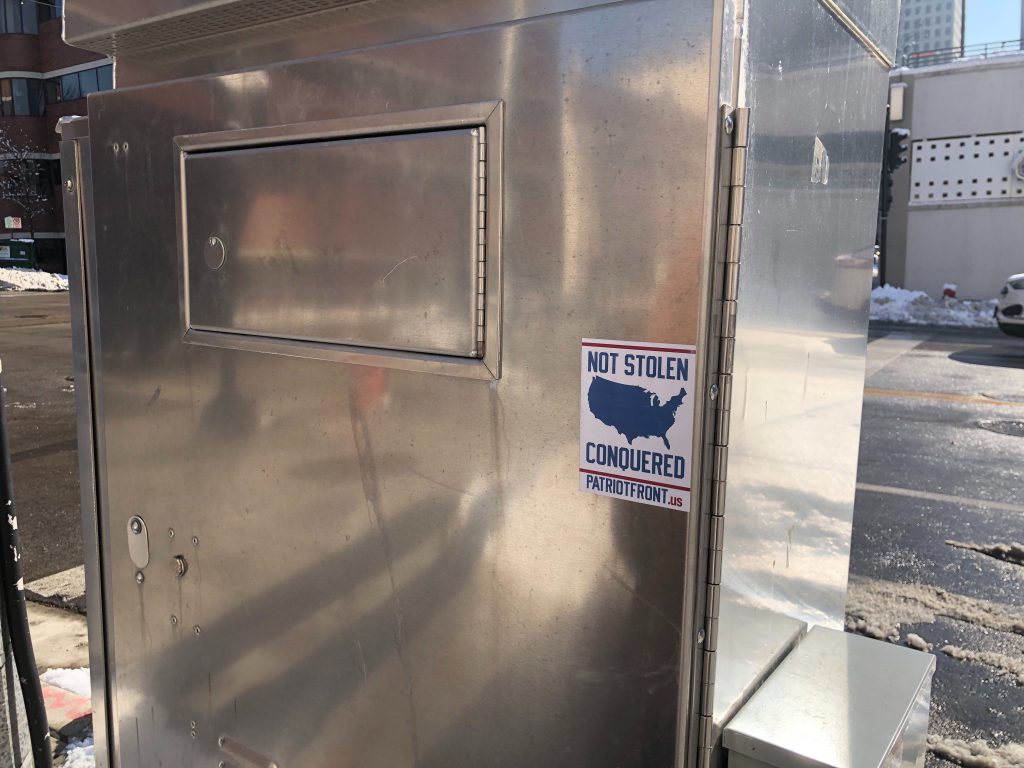 For at least the fourth time in the past 18 months, a two-block stretch of E. Wells St. has been defaced with messages of white supremacy.

A “Not Stolen, Conquered” sticker with a map of the United States was spotted on a utility box Monday morning at the intersection of N. Milwaukee St. and E. Wells St. A reader alerted Urban Milwaukee to the sticker. The sticker was from the group Patriot Front, whose website displays the message “Reclaim America” atop a rotating image of protestors wearing masks.

“America will be unshackled from the tyrannical rule of a corrupt and ineffective State which subverts the national interest in favor of a global plutocracy. Sovereignty will be pursued with the securing of the American homeland against the invasion of foreign nations and interests,” says the group’s website.

After photographing the sticker, a fast-acting city employee walking by the site worked with Urban Milwaukee to remove as much of the sticker as possible. The city was notified to finish the cleanup.

In the summer of 2018, an East Town Association sign in Cathedral Square Park, a block east of Monday’s site, was defaced with messages and symbols of white nationalism. In July 2019 a pedestrian tunnel for the construction of the BMO Tower at N. Broadway and E. Wells St., a block west of Monday’s site, was defaced with white supremacy stickers including messages of “Reject White Guilt” and “Import the Third World, Become the Third World.” Those stickers reappeared in October and were again promptly removed by Irgens Partners.

The Southern Poverty Law Center has designated Patriot Front as a hate group. “Patriot Front is an image-obsessed organization that rehabilitated the explicitly fascist agenda of Vanguard America with garish patriotism. Patriot Front focuses on theatrical rhetoric and activism that can be easily distributed as propaganda for its chapters across the country,” says the SLPC’s profile of the group.

UPDATE: An earlier version of this article indicated the utility box was owned by We Energies. The utility investigated and found it is a city-owned streetlight box. 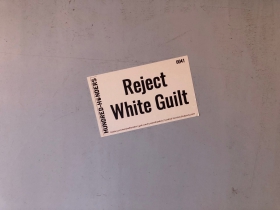 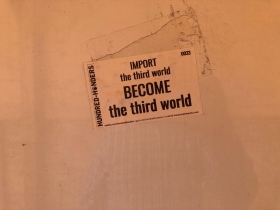 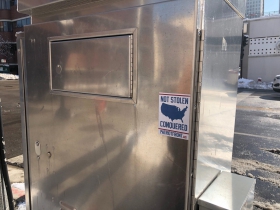 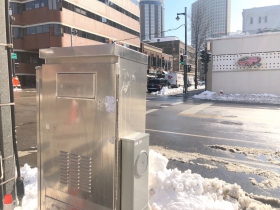