Building could be even taller than what was revealed earlier this week. 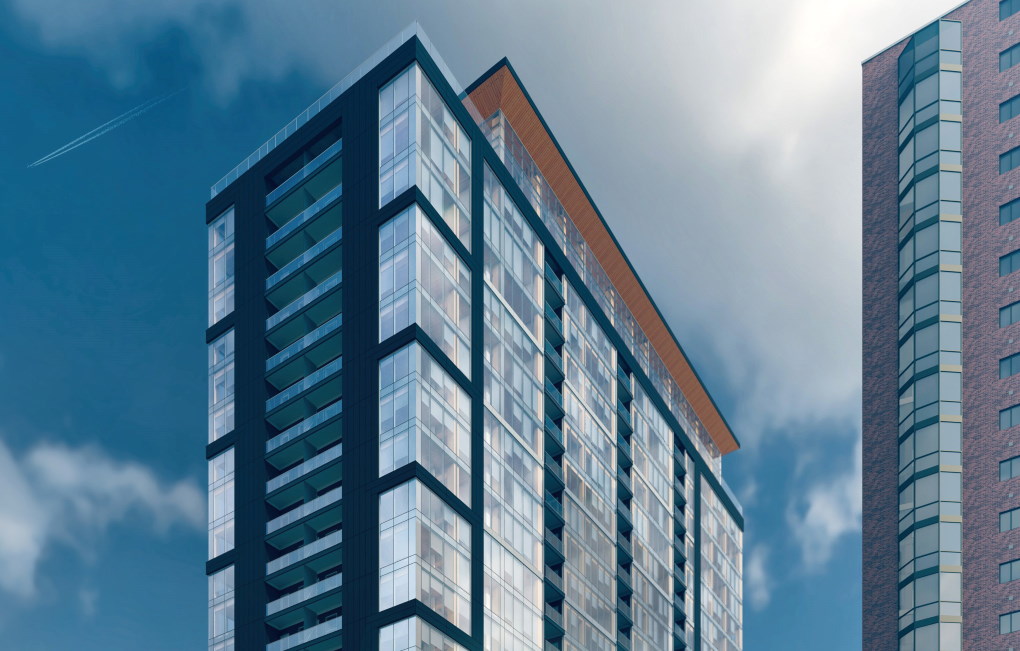 New Land Enterprises, in partnership with architecture firm Korb + Associates Architects, has released new renderings of what is to be the tallest mass timber building in the world when completed. Construction on Ascent, as the 25-story apartment building will be known, is scheduled to start as early as May. Site preparation work is already underway.

The latest design changes, which would add two floors to the building and make it the world’s tallest, require Common Council approval because the proposed building does not comply with existing zoning regulations for the site at 700 E. Kilbourn Ave.

The application, filed with the city earlier this week, sheds additional light on how big the tower could be and how many apartments it could ultimately hold. New Land director Tim Gokhman told Urban Milwaukee in an interview on Monday that the tower is currently slated to contain 260 apartments and rise 283 feet. But the application provides an additional buffer, should New Land increase the height of the building or divide units. The new submittal would allow the firm to create up to 265 apartments and build a building up to 285 feet in height. The tallest mass timber building in the world, located in Norway, is 280 feet tall.

The changes come as New Land continues to coordinate with contractors on final engineering and work to secure financing. It is the second time the firm has gone back to the city to increase the height of the building. When it was introduced in 2018 the building was only to 21 stories and contain 201 apartments. The council has unanimously approved the building’s design each time it’s voted.

Mass timber is an engineered product made by combining layers of lumber into a stronger material. The material is capable of building much taller buildings than conventional wood construction methods because it only chars (rather than burning through) in a fire and offers enhanced strength. Earlier this year a model unit passed a three-hour fire test. Mass timber advocates report the emerging construction material reduces construction times, reduces a building’s carbon footprint and provides an aesthetic benefit.

Gokhman said 50 percent of the equity required for the project has been raised, giving the firm enough comfort to start construction. “There is zero doubt in my mind that we are going to build,” said the developer in January. “We are building the building.”

New Land, through a joint venture of Catalyst Construction and CD Smith, plans to formally start construction in May or June, said Gokhman. The Portland office of general contractor Swinerton is also supporting the mass timber component of the project. The expanded building will take approximately 22 months to construct from that point, but don’t expect to see a wood tower immediately emerge. A six-story concrete podium will first be constructed as well as concrete stair columns. 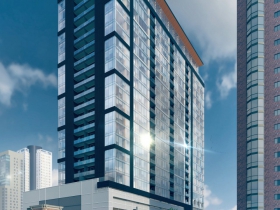 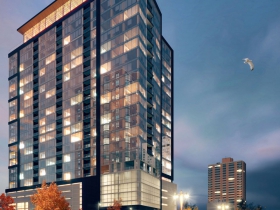