Proponents of policy "shocked” and “disappointed” by WI Association of School Boards’ vote. 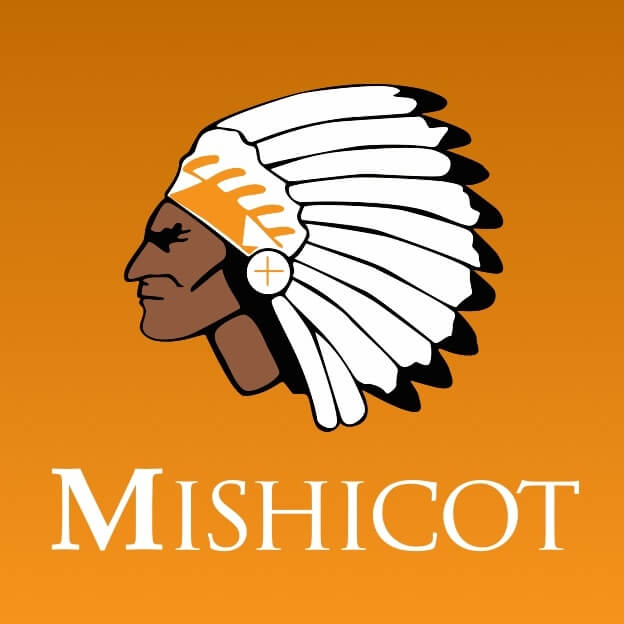 When Tricia Zunker was elected to the Wausau school board, she wanted her district to become more involved with the Wisconsin Association of School Boards (WASB). As her district’s board president, she pored over the policy positions of the state organization and discovered that it did not oppose the use of Indian nicknames and mascots. As a member of a native tribe and chief justice for the Ho Chunk Supreme Court, this was something she felt had to change. Her school board agreed.

The Wausau board wrote up a resolution requiring school districts to retire Native American mascots. State funding would be provided for schools to make a transition to another mascot and the policy would still allow for likenesses of historical figures for whom a school or community may be named.

Zunker and her fellow board members gathered co-sponsors for a total of 18 school districts and submitted the resolution to be taken up at the WASB delegate assembly on Jan. 22. Wausau was hopeful that the resolution would pass. Then they heard from the school board members from around the state who lined up in front of the microphones to speak.

One of the first speakers was from Baraboo and wanted to add an amendment to allow a school to keep an Indian mascot if it got permission from a local tribe. The board member wasn’t sure if the resolution would affect his school, which uses the nickname Thunderbirds.

Another board member from Mishicot read a letter from 2005 written by a tribal chairman supporting the name of the community after Chief Mishicot and a logo in his honor. The letter was directed to the village council and made no mention of the high school using the mascot name “Indians”.

Another delegate asked what happens if a local tribe does give permission, but later reconsiders.

Other delegates opposed the entire resolution, because, he said, the state should not be telling each school district which mascots they can use, adding, “Protect local control.”

But Lee Webster, the Wausau delegate, held firm. “Unfortunately, for many people who come from the native tribes, these stereotypes do carry on and have a negative impact, so much so that the American Psychological Association very clearly adopted a resolution a number of years ago.” That resolution stated that the use of such mascots created a hostile learning environment, presented negative stereotypes of American Indians, and the organization called for the immediate retirement of Indian mascots and symbols.  Webster went on to say what other research has found: “Native American students are the most bullied students in our school systems.”

Bob Peterson from Milwaukee questioned the local control defense. “States rights and local control have often been used against the interests of minorities,” he said.

When the vote was taken, it failed by a vote of 101 in favor of requiring schools to retire Native American mascot names to 218 against. That means WASB has no policy on Indian mascot names and no formal opinion on possible future legislation.

“Totally shocked,” was Tricia Zunker’s reaction when she heard of the resolution’s defeat.

Janet Rusch, also from Wausau, stated that she was “extremely disappointed,” but encouraged by the support of those who did speak in favor of the resolution. “We will bring it back again next year,” she said.

This was soon followed by another resolution asking WASB to support  anti-discrimination student equity statements that would be drafted and enforced by schools as well as the clubs and organizations that use school facilities. The WASB board decided such a statement was necessary and wanted to support the Wisconsin Interscholastic Athletic Association (WIAA) after allegations that racial and discriminatory chants and slurs were used at some sporting events.

Even this resolution garnered some opposition.

Another delegate was concerned about wording that protects “all forms of diversity” and privately admitted his main worry was about how it might apply to accommodations for transgender students.

Tomika Vukovic, an African American school board delegate from Glendale, got fed up. When she got up to the mic, she powerfully laid into the positions some of her fellow delegates were taking.

“Look at this room!” she declared to the sea of white faces in which the number of black and brown delegates could be counted on one hand. “You’re telling me you don’t want to have equity policies? You’re not going to be affected by them… This is why we have problems.”

After that, the delegate from Waukesha came to the mic and stated he had changed his position to support the resolution.

She was not surprised that the resolution on retiring Indian mascots failed by such a wide margin. People had voted with electronic keypads, which protected their anonymity; she wondered how the vote would have turned out if people had to raise their hands and visibly be counted.

We have to confront these realities, Vukovic said. “We have to have these uncomfortable conversations.”

Barb Munson was not at the delegate assembly, but she heard about the outcome. She is a member of the Oneida tribe and founder of the Wisconsin Indian Education Association’s (WIEA) Mascot and Logo Task Force. “Race-based mascots have nothing to do with indigenous people of the Americas. They are not condoned by them. They are not created by them. They represent school districts that are very rarely tribal schools. Indigenous people have figured out that this is a form of racism.”

She knows of no tribe in Wisconsin that has given its permission for a high school to use an Indian nickname or mascot. And even if it did, she said, other native people around the state would be offended.

“I think the whole local control issue got blown out of proportion. It’s not just a local control issue when you have a mascot that you take to other districts and sporting events,” say Rusch. “You are exporting that racism. It just hurts me to think that kids have to put up with this. And they come up with, ‘Well, this person said it was okay.’ When the facts are well known that the majority of Native Americans find this offensive. We don’t do this with any other nationality.”

Vukovic was blunt about the absurdity of looking for that one Indian group that will support your mascot. “It’s like one black woman saying she likes the Confederate flag.”

Munson is particularly concerned about the ways in which  Indian mascots do psychological damage to young Indian students. Young Indians in tennis shoes and blue jeans see images of an Indian in headdress and feathers, often incorrectly portrayed. They don’t see themselves in those images. They are called “dirty Indians” at school and then attend sporting events where the students are shouting “We are the Indians. The mighty, mighty Indians.” Says Munson, “If anything, it is going to cause a lot of confusion.” This is true even if the high school thinks its portrayal is very respectful.

Andrew McKinney was one of a handful of black school board members who attended the delegate assembly. He serves on the Monona Grove board just outside of Madison.

He grew up in Gary, Indiana, until his mother moved the family to Madison just before his junior year in high school. Racism in Gary was more overt, he said. In the Madison area, by contrast, he found racism to be much more subtle.

To McKinney, many people in Wisconsin are growing up in nearly all-white communities where they see few minorities and interact with even fewer. This is a liability not just for  members of minority groups, but to the white students themselves. Ultimately, they will find themselves in multi-ethnic, multi-cultural settings, with no idea how to handle themselves, he said.

McKinney didn’t necessarily see that there was overt racism on the vote on Indian mascots and nicknames. Rather just profound ignorance on native cultures and how their mascots are hurtful to Indian communities. “They think everything is okay. They don’t see it. Maybe they never asked the Indian communities.”

Wisconsin once had a law similar to the resolution brought forth at the WASB assembly. A 2010 law required that the Department of Public Instruction (DPI) hold a hearing if anyone presented a formal complaint that a school’s mascot was discriminatory. DPI could then order a school to change its mascot. The one thing the law could achieve was to force a community to have a serious conversation about a school’s mascot and how it affected students in general.

But in 2013, then-Gov. Scott Walker signed a bill making it much harder for the DPI to intervene and change a school’s mascot name. The right to free speech was used to justify changing state law.

Wisconsin Act 31 requires that students receive educational instruction at least four times on Native American culture and sovereignty rights. But Munson states there is little enforcement. We do not know what is being taught or even if school districts are meeting the minimum standards. Teachers could even be miseducating students and reinforcing existing stereotypes.

McKinney believes that school districts may not have the capacity to teach Indian issues properly and may have to bring in experts from outside. He is a strong proponent of creating community equity committees along the line of Sun Prairie schools, where he works, and Monona Grove, where he is a school board member. We need to educate schools on race, culture and equity before the derogatory chants and comments happen, not just react after the fact, he says.

Munson sees a ray of hope. Since her task force began, 37 Wisconsin schools have dropped their Indian mascots. Three more are being added to that list this year.  The number of schools using a mascot has been cut in half to fewer than 30 schools in just a few years.

The WASB delegate assembly meets once a year and establishes policy positions for the organization. At this January meeting, more than  300 delegates were in attendance, one for each school district in the state. They are elected by the people from every town, city and village. In that respect, they represent who we are and what we believe in Wisconsin.