Moser Is a Rock Star in Shostakovich 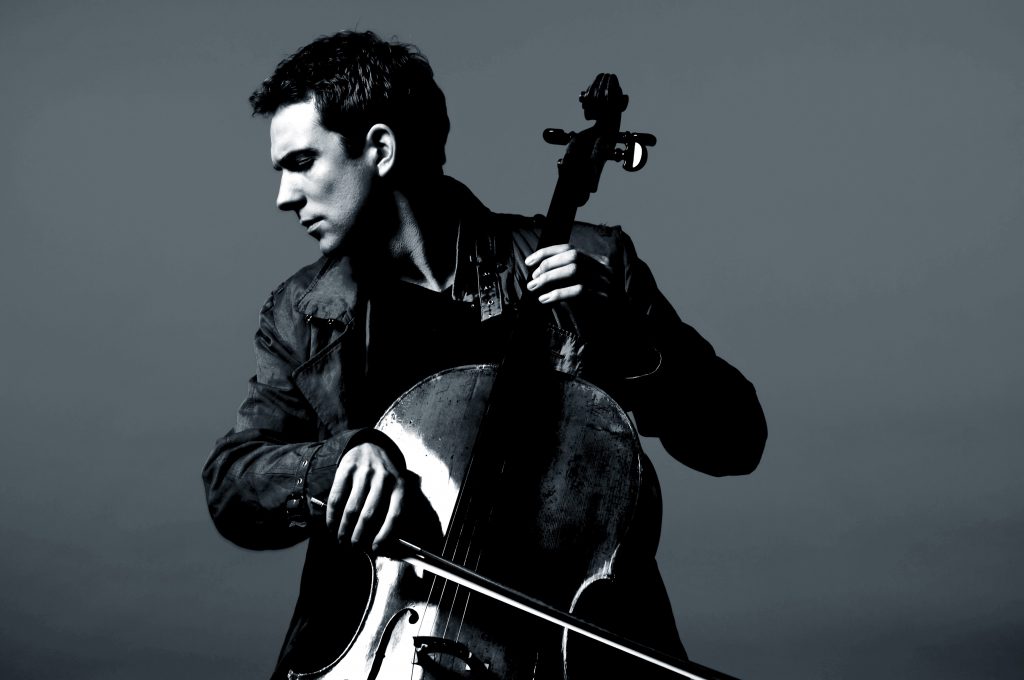 The final installment of the Milwaukee Symphony’s January “Russian Festival” truly saved the best for last: Shostakovich’s Cello Concerto No. 1 and Rachmaninoff’s Symphony No. 2. Two halves, two flavors, two worlds unto themselves, all held together by MSO Music Director Laureate Edo de Waart.

Johannes Moser, the cello soloist in the Shostakovich, is quite simply one of the most exciting performers I’ve seen. He fully inhabited this music with his whole body, at times rocking his hips back and forth like a boxer in the ring, and other times bobbing his head furiously. The rockstar head-bobs were a bit excessive but could be seen as a natural reaction to this relentlessly intense music. Moser also liked to lean in toward the first violins, creating a dialogue through body language. His musical approach favored occasional raw tone, dramatic cutoffs, and huge dynamic contrasts. He found a real pesante flavor in some of the first movement’s more brutal gestures. Sometimes the orchestra was slightly too loud, and in those moments he was unable to project above it (the hall acoustics didn’t help).

The slow movement featured a gorgeous horn solo from Matthew Annin. Moser remained engaging, continuing his dynamic contrasts as his tone blossomed out of whispers. I loved the vulnerable character of his high-register passages later in the movement. Shostakovich’s music frequently evokes ordinary people oppressed by the state (reflecting his own life), and at times this image arose in my mind, as Moser’s cello seemed to sing the desperate songs of a whole population. The lengthy cadenza, which is designated as its own movement, came across fantastically. With good pacing and a blistering finish, Moser held the audience in the palm of his hand. In the finale he offered more rockstar shredding. In his sheer exuberance, his right leg slipped off his podium more than once. Now that’s excessive. But it was a riveting performance to the end. So riveting, in fact, that I barely remember anything specific from the orchestra. As an encore, Moser played the Sarabande from Bach’s Cello Suite No. 1. Hearing him in different repertoire, it became clear that his focus on extreme dynamic contrasts is a hallmark of his style.

Rachmaninoff accomplished in his Second Symphony the rare feat of a gushingly romantic piece that’s also solidly constructed and unified across its hour length. Some of the architectural details shone more brightly than usual in de Waart’s well-paced account that kept the music moving. The slowly building waves of sound at the outset came across nicely, and de Waart got a full-bodied low range from the cellos and basses. The cellos were smooth as butter in a later section where they featured. I heard some ensemble disconnect in the development, where the music momentarily lost focus. But the recapitulation of the second subject, a sweeping tune, was great; that iteration really pulls the rug out harmonically for ultimate impact. In the second movement Scherzo, I was interested to see de Waart’s approach to the romantic tune that emerges from the otherwise fast-paced music. He didn’t succumb to schmaltz, instead letting the music speak for itself and achieving expression through dynamic shifts rather than rubato. Rachmaninoff himself may have enjoyed this interpretation, considering he played his own romantic piano music in a straightforward way. The fugato section for strings was quite vivid, and the orchestra created a cool atmosphere in the ensuing section of irregular meter.

The grand Adagio began with some less-than-perfect 3-on-2 rhythms, but eased into a groove. Todd Levy was excellent in the dreamy opening clarinet solo. The rest of the movement, however, belonged to the strings. They kept surpassing themselves in tonal beauty as they played some of Rachmaninoff’s most long-breathed melodies. By the time the music crested in a final climax, it was hard not to be entranced by the nostalgia. And I noticed for the first time how the music after that climax recalls material from the first movement, but transfigured into the major mode. The gentle fadeout at the end of the movement was incredibly touching; that’s the kind of moment that makes live orchestral music special. In the finale, de Waart produced a celebratory atmosphere and offered a fine account of the last big romantic tune. I was struck by how this particular tune seems to contain elements of every other melody in the symphony. Whether that was due to the performance or some independent conclusion, it reflects well on the piece.

This concert left me with two thoughts. One, Johannes Moser lives up to the hype. If you get a chance to see him play, do it. Two, Rachmaninoff’s Second Symphony is even better than I remembered. It’s a treasure that deserves its rise in the repertoire.