By Melanie Conklin, Wisconsin Examiner - Jan 30th, 2020 04:14 pm
Get a daily rundown of the top stories on Urban Milwaukee 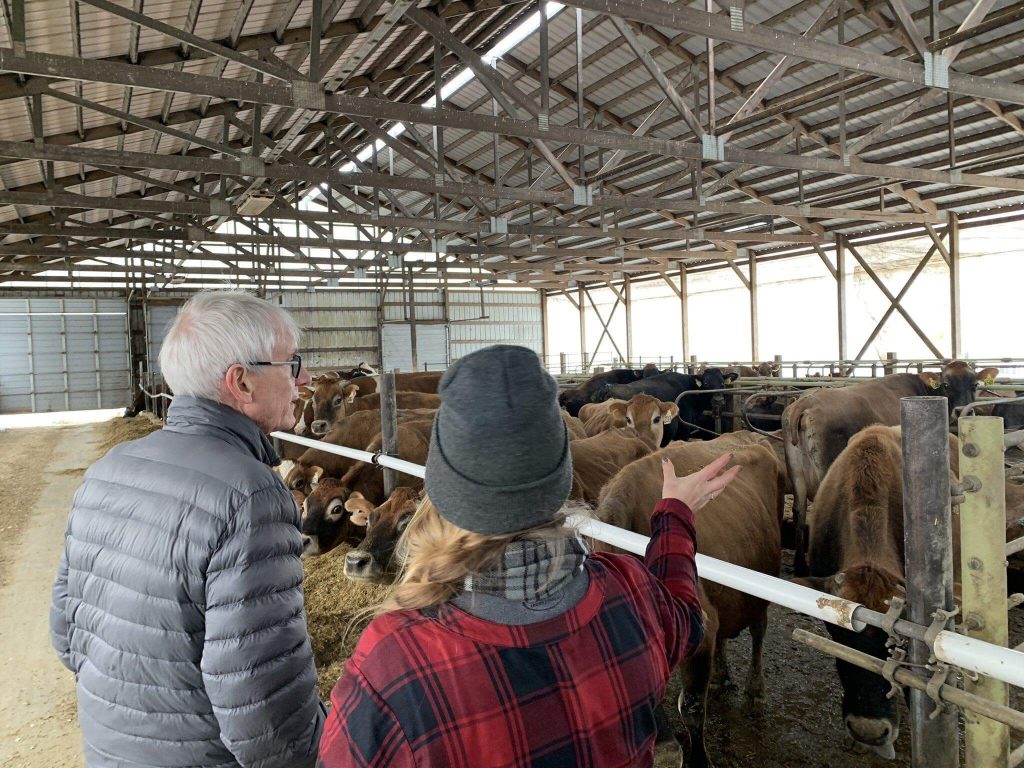 On Tuesday most of the oxygen in the Capitol was taken up with Vice President Mike Pence who came to Wisconsin to extol private voucher schools. He overshadowed another newsworthy event that Gov. Tony Evers had ordered to take place that same day — a special session focused on the rural agricultural crisis. Evers had signed an order telling the legislature to take up his $8.5 million package of eight bills to help rescue the state’s struggling cornerstone industry.

There was no ceremonial gaveling in and seconds later gaveling out of the special session as there had been last fall when Evers convened the legislature for a special session to address gun violence.

Indeed, Senate Majority Leader Scott Fitzgerald was receptive to this special session when he spoke to media after Evers’ State of the State speech, saying he was “all ears” as it is a topic he cares about and thought the parties could work together on the topic. Assembly Speaker Robin Vos waxed more cynical — accusing Evers of just now caring about rural issues, even though some of the eight bills were in the governor’s initial budget last year.

“I appreciate that Gov. Evers is finally recognizing an important part of the state’s economy. Agriculture should be a bipartisan priority,” said Vos in a statement announcing that the Assembly would convene to introduce and refer the bills to committees. He added: “Farmers are already telling us the governor’s package does more to grow the size of government than actually help our rural areas.”

The Wisconsin Farm Bureau Federation’s president Joe Bragger attended the State of the State and had a positive reaction and praise for both Democratic and Republican leaders.

“Across the state our members are listening intently to our elected officials and we were pleased with the attention drawn to agriculture,” Bragger said. “Gov. Evers highlighting our agriculture’s diversity was important, because it is what makes us strong. The pride our farmers have in what they do is admirable.

“The support promised to our state’s hard-working farmers was encouraging. Boosting our dairy exports and providing additional resources can only help our stressed farmers.

We appreciate Gov. Evers and our lawmakers for understanding the significant importance of agriculture to our state’s economy. Together we can keep building a better future for our rural communities.”

“The decline in the number of Wisconsin dairy farms over the past four years has been staggering – in 2019 alone, Wisconsin lost 10% of its dairy farms,” Von Ruden said. “Wisconsin Farmers Union looks forward to working with Gov. Evers and the legislature to advance both short- and long-term solutions to the current farm crisis.

Democratic legislators divided time and attention between the two issues of the day — schools and agriculture. Dems led by Rep. Jonathan Brostoff (D-Milwaukee) held a news conference— countering the veep who called him out — focused on the public schools and the importance of smaller class sizes. Brostoff’s bill would also phase out the voucher program.

Then later Tuesday afternoon — long after Pence had departed — a large group of Democratic legislators held another Capitol news conference to make sure the special session on agriculture still had a place in the state news cycle.

This group — led by Democratic leaders Jennifer Shilling and Gordon Hintz and the two ranking Democratic members on the Assembly and Senate agriculture committees — Sen. Jeff Smith (D-Eau Claire) and Rep. Dave Considine (D-Baraboo) — highlighted Evers’ rural agenda. They noted that the Special Session on Agriculture had officially begun at 1 p.m. that afternoon — and chided Republicans for not starting work immediately.

“Unfortunately today, we’ve seen the Republican leaders’ political games played yet again, delaying any action on legislation to support our hardworking farmers,” said Smith. “Our farmers do not deserve these obstacles … getting in the way of meaningful solutions to increase Wisconsin’s dairy exports, encourage new producers to enter agricultural markets, provide valuable partnership opportunities, and more. I urge my Republican colleagues to follow the lead of our hardworking farmers and put rural prosperity first.”

Considine, a former livestock farmer, hit Republicans back along the same lines as Vos’ hit on Evers. He said Republicans have failed to advance bills helping rural communities this session.

“There are serious issues facing our farming industry, but Wisconsin’s farmers want to stay in business,” Considine said. “They love what they do and I want them to continue their chosen profession…. I am eager to get to work on this. Our rural communities cannot afford to have us play politics.”

The package of farm bills includes measures to increase access to new Wisconsin markets for Wisconsin farm products, expand export markets for milk, increase mental health services for farmers and add 20 additional UW-Extension staff with the expertise to help farmers with business practices and other skills to stem the mass shutdown of farms, particularly in the dairy industry in Wisconsin.

Vos has said the Assembly will only meet through February, while Fitzgerald has said the Senate may come back once in March. Assembly Minority Leader Hintz wants to put pressure on Republicans to move quickly on the Evers ag bills, and look to use a small portion of the Legislative Fiscal Bureau’s projected net balance of $451.9 million to fund the estimated $8.5 million cost of Evers’ bills.

“We could begin addressing the needs of farmers in our state with less than 2% of this new state revenue,” said Hintz. “Democrats are proud to support the governor’s meaningful and comprehensive approach to help our rural communities succeed. Every member of the legislature should understand that inaction is not an option. If Republicans choose to adjourn early and ignore proposals that should have bipartisan support, they should be held accountable for their inaction.”