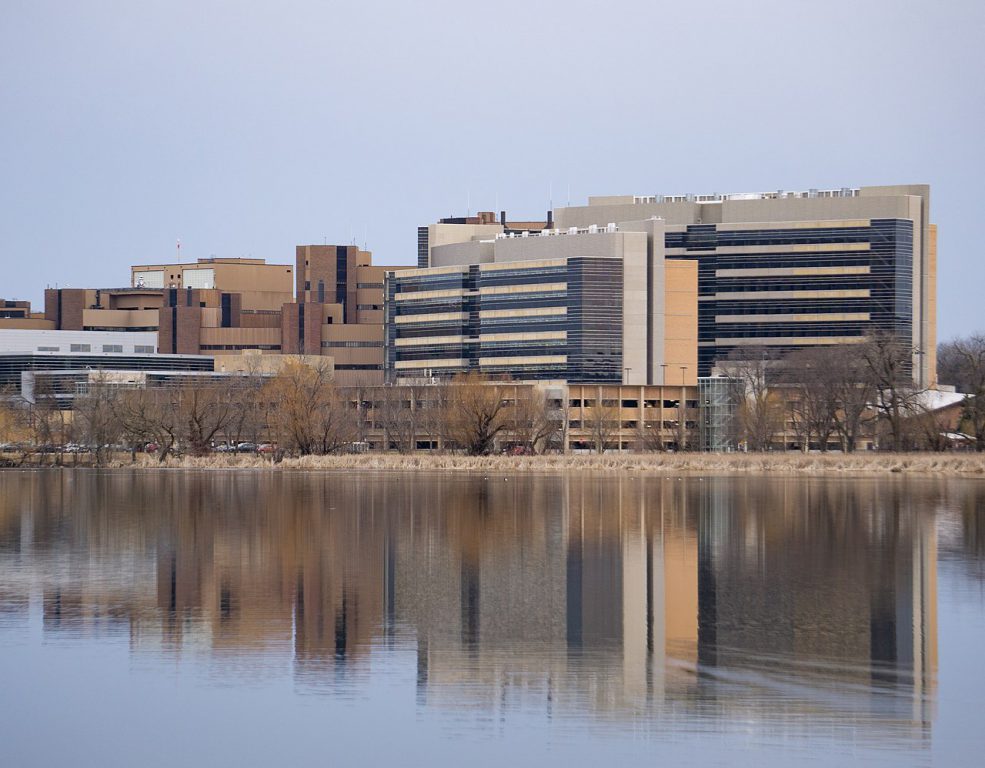 In their campaign for a stronger voice in their workplace, nurses at UW Hospital and Clinics face one steep challenge.

Act 10, the same 2011 law that slashed union rights for most Wisconsin public employees to a bare minimum, went even farther for UW Hospital and Clinics employees: It ended collective bargaining entirely for workers at one of the state’s largest health care institutions.

The nurses organizing the union campaign say that is why they’re taking a different approach.

Although they’ve affiliated with the Service Employees International Union’s Health Care Wisconsin division (SEIU HCWI), they are not demanding the right to bargain for a binding contract.

Instead, they emphasized in communications with the hospital management in December and again last week, they’re asking for the right to “meet and confer” with hospital management about the issues they’ve raised in their campaign: complaints of  overwork, understaffing, lack of professional respect, and fears that conditions could compromise patient care.

“We are NOT asking the union to act as our agent for the purposes of collective bargaining, as it did in the past; that is what is prohibited under Act 10,” leaders in the nurses’ unionizing campaign said in a memo they presented on Thursday, Jan. 23, to the UW Hospital and Clinics board.

“We can seek, and this board can grant, voluntary recognition of an agent of our choosing to represent us in a meet and confer process — for the purposes of discussion about issues of concern to nurses.”

So far, however, the hospital system and its parent entity have rejected any consideration of that approach.

“If there’s no [legal] duty to bargain over a topic in a collective bargaining relationship, or if there’s no duty to bargain anything, there can still be a union that represents the employees, and the employer, if it wishes to, can meet and confer with the representative of the union over topics they mutually wish to discuss,” says Peter Davis, a staff attorney and formerly general counsel for the Wisconsin Employment Relations Commission (WERC). WERC handles legal disputes involving the labor and employment rights of state and local government employees.

Davis also is an adjunct professor teaching public sector labor law at the University of Wisconsin Law School. He specified that he spoke only for himself, not for the WERC.

Because Act 10 bars unions and public employers, like municipalities and school districts, from negotiating working conditions into contracts, some employers have started using “meet and confer” with unions to gain worker input on conditions, using the information to develop employee handbooks that have taken the place of contracts in the post-Act 10 era.

In the post-Act 10 era, a growing number of school districts are interested in the meet-and-confer practice, according to Christina Brey, spokeswoman for the Wisconsin Education Association Council.

“We are seeing an increasing number of school districts that are using meet-and-confer to bring educators to the table, especially at a time of teacher short crisis,” Brey says. “Nothing in any law prohibits a district from sitting down and talking about issues of mutual concern, and we’re seeing more and more districts put aside the politics and asking educators what is happening at their school and what the solutions are.”

Unlike a contract, an employee handbook, whether written unilaterally or with worker and union input through meet-and-confer, is not legally binding on the employer. “It’s certainly not a contract, so it can’t be enforced in that fashion if an employer chooses to move away from it,” says Davis of the WERC.

While the meet-and-confer model doesn’t produce an enforceable agreement the way collective bargaining does, Brey of WEAC considers it a preliminary step to tap into employee perspectives. “Wisconsin will revisit collective bargaining” in schools, she says. “But in the meantime, before we get there, we would encourage all districts to value their employees at least enough to bring their union to the table via meet and confer.”

Meet-and-confer “really is an informal way of bargaining,” says Marquette University labor law professor Paul Secunda. “It takes away the antagonistic and vituperative side.”

Nurses active in the UW Hospital and Clinics union organizing campaign have said that, before losing their collective bargaining rights due to Act 10, strong union representation contributed to a collegial atmosphere in their workplace and gave them support in advocating for the best interests of patients.

In dealing with the union revival effort, the UW Hospital and Clinics Authority (UWHCA) — the corporate parent for the UW Hospital system — has so far rejected any distinction between what the union campaign is seeking and traditional collective bargaining. The UWHCA was created in 1996 to separate the hospital system from the University.

Instead the hospital authority has simply cited Act 10’s elimination of collective bargaining for the UW Hospital and Clinics employees and declared it would refuse to recognize the union.

After nurses leading the unionizing campaign first confronted the hospital system’s board at its monthly meeting December 19, UWCHA released a statement that said: “State statute eliminated collective bargaining at the University of Wisconsin Hospitals and Clinics Authority following the expiration of pre-existing collective bargaining agreements.”

At the board meeting last Thursday, the the nurses campaigning for union representation reiterated the demands that they made in December: voluntary recognition; a meet-and-confer process for engaging with hospital management; and reinstituting past policies that required just cause for firings and allowed employees to have a union representative present when meeting with management while being investigated for discipline.

Shortly after the Thursday board meeting, though, the UWHCA published a statement sticking to and expanding on the position that Act 10 barred it from having any dealings with the union, and dismissing the “meet-and-confer” proposal.

“UWHCA, as a result of the 2011 Act 10 legislation, cannot engage in collective bargaining negotiations,” the authority’s Jan. 23 statement said. “UWHCA cannot recognize SEIU as the representative for all UWHCA nurses or meet and confer to reach an agreement with it regarding the terms of UWHCA nurses’ employment.”

Nurse union organizers, however, contend that the hospital management has willfully distorted their demands while misstating what the law does permit.

The portion of Act 10 that refers to the hospital and clinics never mentions “meet-and-confer.” Also, the UWHCA’s reference in its statement to the union seeking to “reach an agreement” over “terms of … employment” uses phrasing not found in either of the two union memos that were presented to the board and shared with Wisconsin Examiner.

Late on Thursday, the nurses’ union put out a statement of its own in response to the UWHCA’s rejection of the nurses’ demands.

“The purpose of the presentation to the Board was to clarify exactly what we are asking for, and how it is compliant within the context of Act 10,” union organizers stated. “The Board raised no objections, asked few questions, and sought little further clarification.”

Organizers said they were “disappointed and surprised … to see the Board’s statements in the media claiming that they cannot recognize our union voluntarily, when they made no such claim to us when we were present to discuss it with them.”

Reiterating that they were not seeking collective bargaining rights but rather an opportunity to air concerns with management, the nurses’ union stated that for the UWHCA Board, offering voluntary recognition and agreeing to a meet-and-confer process was the “the only thing that they CAN do under Act 10.”

WERC lawyer and labor law professor Davis told the Wisconsin Examiner there doesn’t appear to be anything in Act 10 that would outlaw a voluntary meet-and confer arrangement along the lines suggested by the revived UW Hospital nurses union.

Davis said his comments were not representing WERC and could not be taken as binding on the agency’s decisions. But he said: “My understanding would be that the employer would be free to hold those discussions if they wished to do so.”