By Brady Carlson, Wisconsin Public Radio - Jan 22nd, 2020 10:21 am
Get a daily rundown of the top stories on Urban Milwaukee 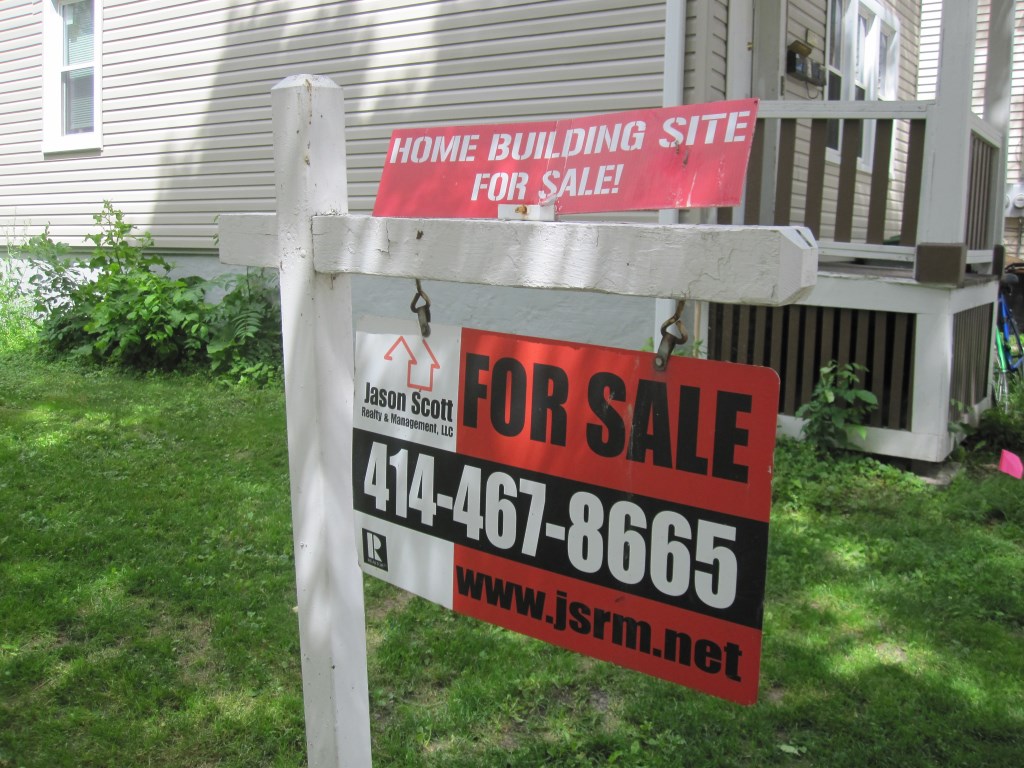 For Sale. Photo by Michael Horne.

Wisconsin’s 2019 real estate market figures ended with being nearly even with 2018’s.

The latest report from the Wisconsin Realtors Association (WRA) found 5,705 sales of existing homes in December, up 14.8 percent from December 2018.

While home sales in 2019 lagged the 2018 numbers throughout the year, the December 2019 increase pushed sales for the year just a tenth of a percent behind 2018.

Economist David Clark of Marquette University said the report shows how consistent the existing home market has been in Wisconsin.

“When you look at the sales total for all of 2019, it looks very similar to the last three to four years, where we’ve been in the 80,000-plus total sales range,” he said.

Clark said the fundamentals of the market have remained the same in recent years. Economic growth has kept demand for homes strong, but inventory, or the number of homes for sale in the state, has been declining.

Clark said the economic indicators suggest 2020 could look very much the same as the last few years.

“I think we’re well-positioned to repeat what’s been happening the last couple of years — solid sales, but sales that certainly aren’t growing at a robust pace — for 2020,” he said.

Wisconsin Home Sales For 2019 Pull Nearly Even With 2018 was originally published by Wisconsin Public Radio.