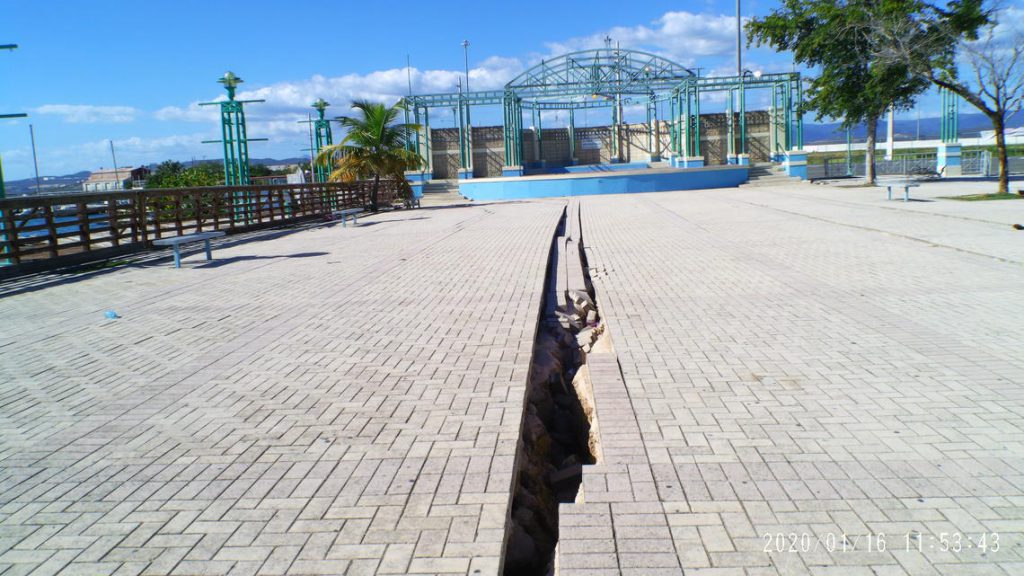 “Anxiety is the word everyone is using right now,” says Mabel Maldonado. She is a vice-president for the Milwaukee chapter of the National Conference of Puerto Rican Women.

A 5.4 magnitude earthquake hit the southern end of Puerto Rico on Friday, Jan. 9, and more quakes just keep coming. Day after day, hour and hour, nearly a thousand earthquakes have hit the island since the beginning of the year. The thump after thump, crack after rumble are taking a toll on the island and the islanders.

No single small earthquake may take down a building, but the cumulative effect of a series of quakes can result in a building’s destruction. All those earthquakes mean some parts of the island may not get power back for nearly a year. A main power plant has been damaged which supplies electricity to a quarter of the island.

Maldonado hears from friends and relatives back in Puerto Rico: “They’re running outside; they’re nervous. It is day-to-day living. They still have to clean the house, cook, clean the yard. And they are doing this with anxiety.”

Rita Viruet, Milwaukee president of the local Conference of Puerto Rican Women, has heard the same thing. “My cousins are afraid to go to bed, afraid to sleep. They have had sleepless nights because, when they go to sleep, they don’t know what is going to happen. “

In central Puerto Rico, her family members have been sleeping outside under a canopy built in the driveway for their automobile — an area less vulnerable to an earthquake’s impact. Other people from the family who live elsewhere joined their relatives to sleep under that canopy as well – about ten people.

Tony Baez is a Milwaukee School Board director. He grew up splitting his time between New York and Puerto Rico. “Can you imagine the kids?” he says, worrying about the psychological damage being done to the children.

“During the era of nuclear bombs, kids were told to hide under the tables. That is the same thing that is happening in Puerto Rico. If you are in a school, and you hear a tremor, just go under your desk. That is the advice they are giving.”

It is the wrong advice, says Baez. Instead, students should vacate the building and go out onto the playground or a field. But Puerto Rico really hasn’t had much experience with earthquakes. Baez says the last major earthquake was in 1918. That means residents really don’t know how to act when an earthquake hits. “They are better prepared for hurricanes but not for the shaking of buildings on the ground.”

Even newer buildings are not constructed to withstand earthquakes.

“They are saying, send the kids back to school on Monday. Those schools are crumbling. They have defects that are coming out,” says Maldonado.  “Now people are saying, our kids are not going back to school unless you bring in an engineer to ensure the school is safe.”

Puerto Ricans in Wisconsin are having trouble making contact with friends and relatives. Baez has family members in the south but other family members have not been able to contact them because communications have been down. “I tried to call my cousin who lives in that area, and there is no phone calling in. I have to wait. My sister is telling me she is trying to contact people, and she can’t.”

Viruet and Maldonado have more relatives in the northern part of the island but Maldonado has been able to make contact with one friend in the southern earthquake area. “My best friend from school is from Milwaukee. She lives in the south in a two-story building. She had to move out of her apartment because the building was cracking.”

But even people in the north feel the impact, says Maldonado: It is only 33 miles from north to south. People on the north coast are not that far from the earthquake area. “My family is feeling everything. They’re the ones who are anxious day and night.”

People on the island are stepping up to help each other. People from all over the island are cooking food for those in the earthquake area. Truck drivers are offering their services to transport goods for free to the areas most in need. “You see a little caravan of trucks. It breaks your heart,” reflects Maldonado.

People here in Wisconsin can help their fellow American citizens in Puerto Rico by sending money to a number of organizations. Collecting food and clothing to send to the island may even be counterproductive because those collected good clog the aid pipeline.

If you want to help an individual family you know in the earthquake area, Baez recommends, if they live near a Walmart in Puerto Rico, you can actually go online and purchase goods for them. Then they can pick up the order at their local store. You can do the same with some other chains that have an online presence.

NACOPRW has partnered and collaborated with many members of the Milwaukee community to collect funds for the victims of the earthquake in Puerto Rico. They have set up an event on their NACOPRW Facebook page to collect donations. Those donations will be used to provide necessities to the victims in Puerto Rico.  They have also partnered with Club La Candelaria in Coamo, Puerto Rico to assist with those efforts. They are a group of women with a passion to help those in need.

Please visit the conference’s local Facebook events page to donate towards the Earthquake Relief Fund or email the group at NACOPRW.MILWCHAPTER@OUTLOOK.COM to see how you can help.